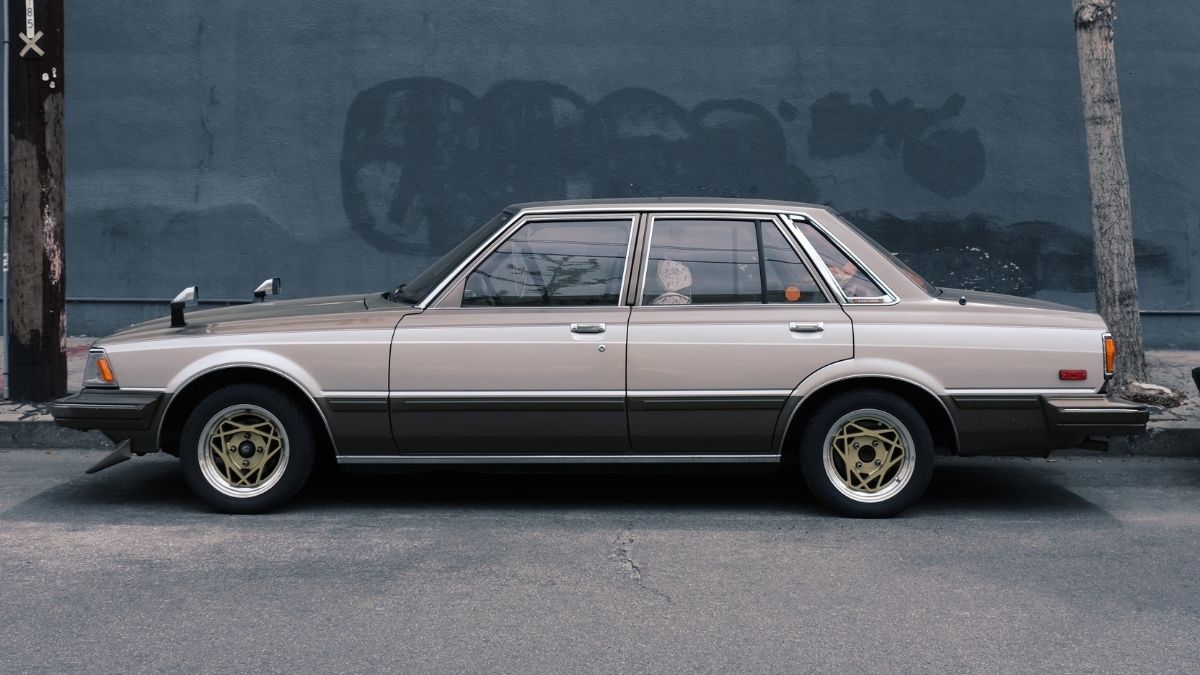 1. How many Americans tuned in to watch the O.J. Simpson trial verdict?

2. How old was Notorious B.I.G. when he was murdered?

3. Power Rangers was banned in what country until 2011?

4. The “Dream Team” won Olympic gold in what year’s games?

Answer: Will Smith (in Independence Day and Men In Black)

6. What are bucket hats called in Australia?

7. What band is featured on Beavis’ shirt?

8. What fad toy was feared to be a tool for foreign spies?

9. What fashion accessory was invented by a high school shop teacher?

10. What hit song was unwittingly written about deodorant?

11. What is considered the first reality TV show?

13. What singer broke her own record for highest-ever attendance at the Houston Astrodome in 1995?

Answer: Ryan Phillippe in One Life to Live

16. What video game was the first ever to be played in space?

18. What was the bestselling video game console of the 1990s?

20. What was the first animated feature film to be nominated for a Best Picture Oscar?

Answer: Disney’s Beauty and the Beast

23. What was the name of Bill and Hillary Clinton‘s cat?

24. What was the peak Billboard chart position of The Rembrandts’ “I’ll Be There for You?”

25. What year did the Mall of America open?

26. When did Major League Soccer kick off in the U.S.?

27. When did the Google search engine first debut?

28. When was the World Wide Web first introduced?

29. Which actor was one of the first approached to play Buzz Lightyear in Toy Story?

31. Britney Spears released her debut album in 1999. What was it called?

33. In what year was the Red Hot Chili Peppers’ “Give It Away” released?

34. Jennifer Lopez, Ricky Martin, and more led to what musical movement of the ’90s?

35. Nirvana had the most successful song in the ’90s. What was its name?

Answer: “You Are Not Alone”

38. What 90’s song by Peter Andre has this line, “I stop and stare at you, walking on the shore, I try to concentrate, my mind wants to explore”?

39. What American female singer released the album The Immaculate Collection in 1990?

40. What are the first names of the Gallagher brothers from Oasis?

41. What artist earned the Academy Award in 1994 for Best Original Song for his “Streets of Philadelphia”?

Answer: Hootie and the Blowfish

45. What female artist sang the hit song “My Heart Will Go On” from Titanic?

47. What is the name of MC Hammer’s most successful single of the 90’s?

Answer: “U Can’t Touch This”

48. What is the name of the 1997 rock band in which Chris Martin, Jonny Buckland, Guy Berryman, and Will Champion?

50. What is the name of the rock band formed by Damon Albarn, Graham Coxon, Alex James, and Dave Rowntree?

51. What is the name of the Swedish pop group whose founding members are Jonas, Jenny, Linn, and Ulf?

Answer: Ace of Base

52. What male vocalist released a bestselling album in 1991 called Diamonds And Pearls?

55. What popular singer won a Grammy for Best Reggae Album in 1995?

Answer: “I Want to Break Free”

Answer: Rage Against The Machine

60. What Seal song has the line, “Solitary brother, Is there still a part of you that wants to live?”

61. What singer sang the lyrics, “Look into my eyes – you will see, what you mean to me” and in what song?

Answer: Bryan Adams in “Everything I Do”

62. What song by Katrina and The Waves won the 1997 Eurovision Song Contest for the United Kingdom?

63. What song by Pulp has the line, “She came from Greece, she had a thirst for knowledge”?

64. What song of the Roxette duo was featured in the movie Pretty Woman?

Answer: “It Must Have Been Love”

65. What Steven Kapoor song was included in the soundtrack for Dumb and Dumber?

66. What two members of NSYNC were Mouseketeers on The All-New Mickey Mouse Club?

67. What two New Kids on the Block were brothers?

68. What was the English rock band Blur’s first number-one single in the UK?

70. What year was Mariah Carey’s “All I Want For Christmas Is You” released?

71. Which ’90s girl group was second best-selling after the Spice Girls?

72. Which Madonna song was the biggest selling single of 1990, selling over 6 million copies?

74. Which two extremely famous (and somewhat rival) boy bands were at their peak in the 1990s?

76. Who is the lead singer for the band Smashing Pumpkins?

77. Who is the lead singer of Hole, the American alternative rock band?

78. Who is the main vocalist of Irish boy band Westlife?

82. Who was the only member of the Spice Girls with a name that was an actual spice?

83. For which 1997 animated movie did James Woods voice the villain?

84. In the 1994 movie Forrest Gump, Forrest famously says, “Life is like a box of chocolates.” What is the next part of the line?

Answer: “You never know what you’re going to get.”

85. In the 1995 rom-com Clueless, what is the name of the actor who portrays Cher Horowitz?

88. In what movie was the line, “Keep the change, ya filthy animal!” and who said it?

90. What ’90s movie had Looney Tunes music in its soundtrack?

93. What actor, playing what part in what movie was the line, “There’s no crying in baseball.”

Answer: Jimmy Dugan (Tom Hanks) in A League of Their Own

94. What actress playing what part said, “Molly, you in danger girl.” And in what movie was it said?

96. What are the names of the two mice in The Rescuers Down Under?

97. What character said, “Do you understand the words that are coming out of my mouth?” and in what movie?

98. What character said, “I see dead people,” and in what movie was this line said?

99. What is the name of the 1997 film that stars John Cusack, Nicolas Cage, and John Malkovich?

101. What veteran actor said, “You can’t handle the truth!” and in what film?

Answer: The Taming of the Shrew

111. As the Pokemon video game craze launched in the United States in 1998, two iterations of the series were published on Game Boy?

112. Genetic engineering introduced what color roses for the first time in the ’90s?

113. Hanson’s first single was released in 1997 and shot straight to the top of the charts. What is it called?

114. How many championships did the Chicago Bulls win in the 1990s?

115. How old was Tiger Woods when he won his first Master’s?

117. In the 1990s, what function was added to portable CD players that enabled both children and adults to enjoy their music without missing a beat?

118. In the 1990s, which wide-leg jeans became a fashion favorite for children?

119. In the television series “The Fresh Prince of Bel-Air,” what was the name of the family butler?

120. In what city did the Simpson family live?

121. It is often regarded as one of the best video games of its generation. What gaming platform did “GoldenEye 007” debut on?

122. Kel Mitchell famously loved one thing on All That and The Kenan and Kel Show — what was it?

123. What 90’s song by Peter Andre has this line, “I stop and stare at you, walking on the shore, I try to concentrate, my mind wants to explore”?

124. What band did Zac, Isaac, and Taylor form and peaked at the top of the charts in 1997 with the hit single “MMMBop?”

126. What character in Everybody Loves Raymond thought he had a bed-wetting problem when he was a child because Raymond poured water in his bed?

129. What does the abbreviation “AOL” stand for?

130. What is the actual name of Courtney Love?

132. What is the name of the character from “Friends” who was famous for attempting to seduce women by saying, “How are you doing?”

133. What is the title of the first installment of R. L. Stine’s “Goosebumps” series?

136. What reality television program is known to be the first?

137. What snack was the most effective for applying to your fingers and creating witch fingernails?

139. What was the name of the popular furry toy of the ’90s that some people thought was spying on them?

140. What was the name of the sheep that was effectively closed for the first time in 1996?

141. What was the name of the virtual pet simulation game that came in a tiny, egg-shaped electronic system and enabled users to eat, play with, and clean up after their pet?

142. What year did Princess Diana perish in a Paris traffic crash?

143. What year did the Mall of America open?

145. When did the Google search engine launch?

146. Which actor was one of the first approached to play Buzz Lightyear in Toy Story?

147. Which company made the incredibly popular Beanie Babies?

148. Which mega pop star inspired the title of the film, Scream?

149. Which Sesame Street character got its own ticklish toy in the 1990s that was on every child’s Christmas list?

150. Which television show’s theme song began with the following line, “Where has predictability gone?”

151. Who is the “Sesame Street” star who was tickled with laughter and became the Christmas 1996 must-have toy?

152. Who is the fictitious female protagonist in the 1996 video game series “Tomb Raider”?

154. Who played Kevin McCallister in the blockbuster film, “Home Alone?”

157. From which country did Croatia and Slovenia declare independence on 25 June 1991?

160. In which 1992 film did Gerard Depardieu play Christopher Columbus discovering the New World?

162. In which city did the Petronas Twin Towers open in 1997, becoming the tallest buildings in the world at that time?

164. What was founded through the signing of the Maastricht Treaty on 7 February 1992

167. What was the name of the world’s first cloned mammal, a sheep, which was revealed in February 1997

168. What was the nationality of Linus Torvalds, who announced in August 1991 that he was working on a new operating system, which would become LinuxAnswer: Norwegian, Finnish, Swedish, or Danish?

169. Which 1998 film starring Cameron Diaz and Ben Stiller tells the story of a man who uses a private detective to track down his high school sweetheart?

Answer: There’s Something About Mary

171. Which American travel writer, now a long-time resident of the United Kingdom, wrote about his experiences of walking the Appalachian Trail in his 1998 book A Walk in the Woods?

172. Which British singer, best known for the song Never Gonna Give You Up, retired from the music industry in 1993 at the age of 27?

173. Which British singer, whose career was kicked off by the 1963 song I Only Want to Be With You, and continued with You Don’t Have to Say You Love Me and Son of a Preacher Man, died aged 59 In 1999?

174. Which country was allowed to take part in the 1992 Summer Olympics for the first time following a suspension from the games that had begun in 1960?

176. Which former American footballer was found not guilty of double murder in October 1995?

177. Which international publishing platform did CERN publicize for the first time in August 1991?

178. Which member of the Monty Python team appeared in several scenes of the 1998 Tom Hanks movie You’ve Got Mail, all of which were cutAnswer: Michael Palin or John Cleese?

180. Which of the following was the first part of the International Space Station, which launched in 1998, sent into orbit by Russia, Europe, or the United States?

182. Which space-based device for viewing distant stars was launched at the start of the 1990s and needed to be serviced because its main mirror was flawed and produced distorted images?

183. Which Superman actor was paralyzed from the neck down after falling from his horse in May 1995?

184. Which US pop artist released HIStory in 1995, his first-ever double album?

186. Who lost to Germany in the final of the UEFA Euro 96 football championshipAnswer: Poland, Czech Republic or Slovakia?