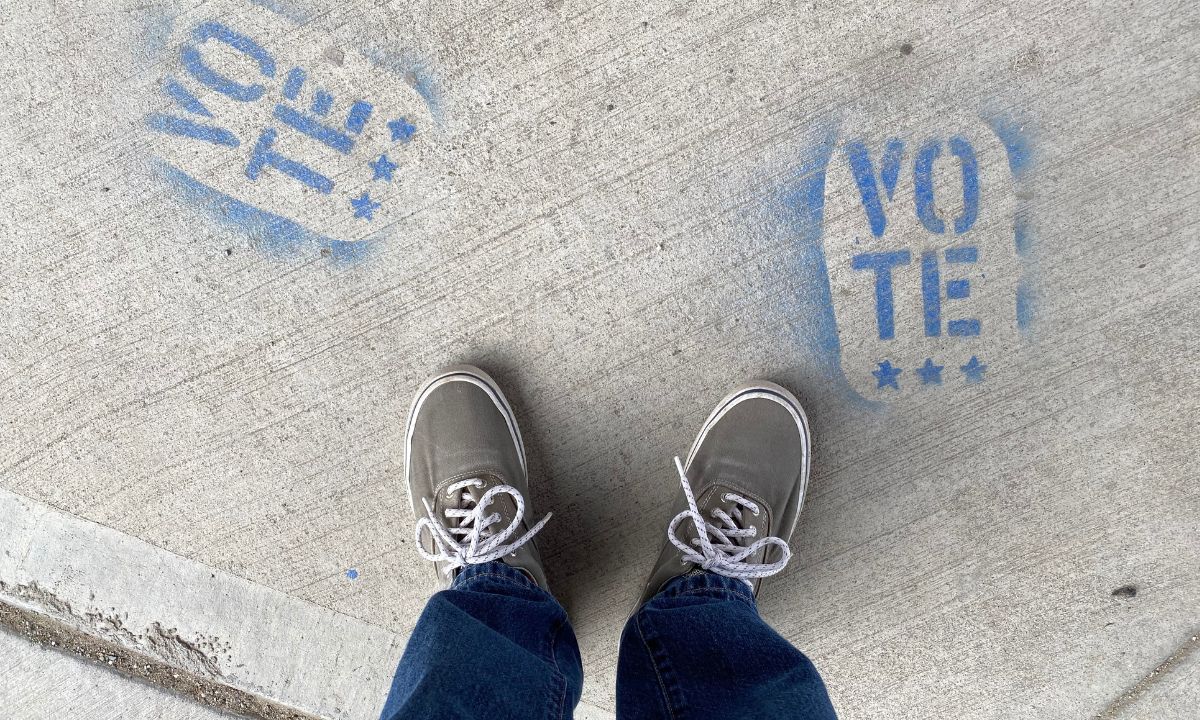 Democracy means a government made by the population. Democracy has been the preferred style of political governance over other forms of government such as monarchy, oligarchy, and democracy. Here are some best inspirational quotes about democracy that will help you to know the importance of democratic government.

1. “What difference does it make to the dead, the orphans, and the homeless, whether the mad destruction is wrought under the name of totalitarianism or in the holy name of liberty or democracy?” ― Mahatma Gandhi

2. “The first duty of a man is to think for himself” ― Jose Marti

3. “Constitutional morality is not a natural sentiment. It has to be cultivated. We must realize that our people have yet to learn it. Democracy in India is only a top-dressing on Indian soil which is essentially undemocratic.” ― B.R. Ambedkar

4. “The best argument against democracy is a five-minute conversation with the average voter.” ― Winston S. Churchill

5. “Democracy must be something more than two wolves and a sheep voting on what to have for dinner.” ― James Bovard

6. “I am a firm believer in the people. If given the truth, they can be depended upon to meet any national crisis. The great point is to bring them the real facts, and beer.” ― Abraham Lincoln

7. “Let us not seek to satisfy our thirst for freedom by drinking from the cup of bitterness and hatred.” ― Martin Luther King Jr.

8. “The greatest purveyor of violence in the world: My own Government, I can not be Silent.” ― Martin Luther King Jr.

10. “Democracy is the theory that the common people know what they want and deserve to get it good and hard.” ― H.L. Mencken

11. “Democracy is not freedom. Democracy is two wolves and a lamb voting on what to eat for lunch. Freedom comes from the recognition of certain rights which may not be taken, not even by a 99% vote.” ― Marvin Simkin

13. “A vote is like a rifle: its usefulness depends upon the character of the user.” ― Theodore Roosevelt

14. “Elections belong to the people. It’s their decision. If they decide to turn their back on the fire and burn their behinds, then they will just have to sit on their blisters.” ― Abraham Lincoln

16. “The only way we’ll get freedom for ourselves is to identify ourselves with every oppressed people in the world. We are blood brothers to the people of Brazil, Venezuela, Haiti, Cuba — yes Cuba too.” ― Malcolm X

17. “Propaganda is to a democracy what the bludgeon is to a totalitarian state.” ― Noam Chomsky

18. “Freedom in capitalist society always remains about the same as it was in ancient Greek republics: Freedom for slave owners.” ― Vladimir Lenin

19. “As democracy is perfected, the office of president represents, more and more closely, the inner soul of the people. On some great and glorious day the plain folks of the land will reach their heart’s desire at last and the White House will be adorned by a downright moron.” ― H.L. Mencken

21. “Democracy is the worst form of government, except for all the others.” ― Winston S. Churchill

22. “Democracy is a device that ensures we shall be governed no better than we deserve.” ― Bernard Shaw

23. “A democracy which makes or even effectively prepares for modern, scientific war must necessarily cease to be democratic. No country can be really well prepared for modern war unless it is governed by a tyrant, at the head of a highly trained and perfectly obedient bureaucracy.” ― Aldous Huxley

24. “Democracy is worth dying for, because it’s the most deeply honorable form of government ever devised by man.” ― Ronald Reagan

25. “A great democracy has got to be progressive or it will soon cease to be great or a democracy.” ― Theodore Roosevelt

26. “The whole dream of democracy is to raise the proletariat to the level of stupidity attained by the bourgeoisie.” ― Gustave Flaubert

27. “High hopes were once formed of democracy; but democracy means simply the bludgeoning of the people by the people for the people.” ― Oscar Wilde

28. “Under democracy one party always devotes its chief energies to trying to prove that the other party is unfit to rule—and both commonly succeed, and are right.” ― H. L. Mencken

31. “Equality may be a fiction but nonetheless one must accept it as a governing principle.” ― Bhimrao Ramji Ambedkar

32. “The strength of the Constitution lies entirely in the determination of each citizen to defend it. Only if every single citizen feels duty bound to do his share in this defense are the constitutional rights secure.” ― Albert Einstein

33. “Democracy gives every man the right to be his own oppressor.” ― James Russell Lowell

34. “A democracy is nothing more than mob rule, where fifty-one percent of the people may take away the rights of the other forty-nine.” ― Thomas Jefferson

35. “Being democratic is not enough, a majority cannot turn what is wrong into right. In order to be considered truly free, countries must also have a deep love of liberty and an abiding respect for the rule of law.” ― Margaret Thatcher

36. “The principle of democracy is a recognition of the sovereign, inalienable rights of man as a gift from God, the Source of law.” ― Fulton J. Sheen

37. “When a library is open, no matter its size or shape, democracy is open, too.” ― Bill Moyers

38. “Constitutional democracy, you see, is no romantic notion. It’s our defense against ourselves, the one foe who might defeat us.” ― Bill Moyers

39. “Traffic in Joburg is like the democratic process. Every time you think it’s going to get moving and take you somewhere, you hit another jam.” ― Lauren Beukes

40. “Democracy will prevail when men believe the vote of Judas as good as that of Jesus Christ” ― Thomas Carlyle

41. “Our democracy is threatened whenever we take it for granted.” ― Barack Obama

42. “A system is corrupt when it is strictly profit-driven, not driven to serve the best interests of its people, but those of multinational corporations.” ― Suzy Kassem

43. “In a society where the majority choose charisma over character, democracy does more harm than good to the actual progress of that society” ― Abhijit Naskar

45. “Democracy arises out of the notion that those who are equal in any respect are equal in all respects; because men are equally free, they claim to be absolutely equal.” ― Aristotle

46. “When a stupid government is elected in a democratic country, the best thing about this is that you learn the number of stupid people in that country!” ― Mehmet Murat ildan

47. “Democracy is always an unfinished experiment, testing the capacity of each generation to live freedom nobly.” ― George Weigel

48. “Democracy is a poor system; the only thing that can be said for it is that it’s eight times as good as any other method.” ― Robert A. Heinlein

49. “If you distance yourself from reality and just cling to cliches about democracy find yourself a different job than analyzing politics” ― Hany Ghoraba

50. “The democracy will cease to exist when you take away from those who are willing to work and give to those who would not.” ― Thomas Jefferson

51. “A system is corrupt when it is strictly profit-driven, not driven to serve the best interests of its people.” ― Suzy Kassem

53. “Democracies should be a delirium of choices – more options, not fewer; more avenues to travel, not fewer.” ― B. W. Powe

54. “Democracy is the name we give the people whenever we need them.” ― Gaston Arman de Caillavet