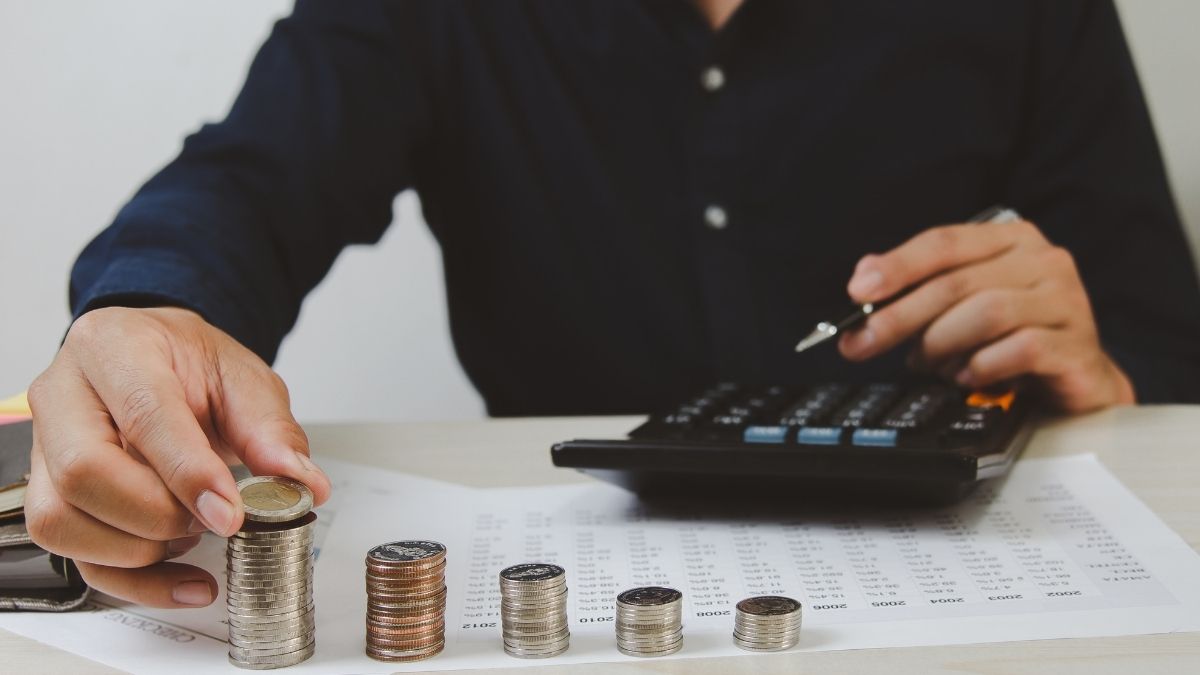 1. “A big part of financial freedom is having your heart and mind free from worry about the what-ifs of life.” ― Suze Orman

2. “A budget tells us what we can’t afford, but it doesn’t keep us from buying it.” ― William Feather

3. “A moderate addiction to money may not always be hurtful, but when taken in excess it is nearly always bad for the health.” ― Clarence Day

4. “A person’s credit report is one of the most important tools consumers can use to maintain their financial security and credit rating, but for so long many did not know how to obtain one, or what to do with the information it provided.” ― Ruben Hinojosa

5. “About the time we can make the ends meet, somebody moves the ends.” ― Herbert Hoover

7. “Any informed borrower is simply less vulnerable to fraud and abuse.” ― Alan Greenspan

8. “As a novelist, I tell stories and people give me money. Then financial planners tell me stories and I give them money.” ― Martin Cruz Smith

9. “As sure as the spring will follow the winter, prosperity and economic growth will follow recession.” ― Bo Bennett

10. “Automating some of your finances can be incredibly convenient and is a great way to save time, but automating everything makes it too easy to go on autopilot and forget to pay attention to your personal finances.” ― Alexa Von Tobel

12. “Capital is that part of the wealth that is devoted to obtaining further wealth.” ― Alfred Marshall

14. “Divorce is one of the most financially traumatic things you can go through. Money spent on getting mad or getting even is money wasted.” ― Richard Wagner

15. “Do you know the only thing that gives me pleasure? It’s to see my dividends coming in.” ― John D. Rockefeller

16. “Don’t gamble; take all your savings and buy some good stock and hold it till it goes up, then sell it. If it doesn’t go up, don’t buy it.” ― Will Rogers

18. “Exploitation to finance a beach house in Hawaii was one thing. Doing it to feed your kids was another.” ― Khaled Hosseini

19. “Finance is a gun. Politics is knowing when to pull the trigger.” ― Mario Puzo

21. “Finance is wholly different from the rest of the economy.” ― Alan Greenspan

22. “Financial crashes happen precisely because the people who remember the last one have either died or retired and thus are no longer around, with memories and character formed by that previous experience, to warn people not to be irresponsible.” ― N.T. Wright

23. “Financial crises are like fireworks: they illuminate the sky even as they go pop.” ― James Buchan

24. “Financial literacy is an issue that should command our attention because many Americans are not adequately organizing finances for their education, healthcare, and retirement.” ― Ron Lewis

25. “Financial support is one thing, but I always think what becomes really sacrificial is your time.” ― Cliff Richard

26. “Forecasts may tell you a great deal about the forecaster; they tell you nothing about the future.” ― Warren Buffett

28. “I am in favor of cutting taxes under any circumstances and for any excuse, for any reason, whenever it’s possible.” ― Milton Friedman

29. “I do not regard a broker as a member of the human race.” ― Honore de Balzac

30. “I finally know what distinguishes man from the other beasts: financial worries.” ― Jules Renard

32. “I try not to borrow, first you borrow then you beg.” ― Ernest Hemingway

35. “I’m involved in the stock market, which is fun and, sometimes, very painful.” ― Regis Philbin

36. “I’ve always supported myself. I like the sense of knowing exactly where I stand financially, but there is a side of me that longs for a knight in shining armor.” ― Barbara Feldon

37. “If all the economists were laid end to end, they’d never reach a conclusion.” ― George Bernard Shaw

38. “If I had learned more about business ahead of time, I would have been shaped into believing that it was only about finances and quality management.” ― Anita Roddick

39. “If the financial system has a defect, it is that it reflects and magnifies what we human beings are like. Money amplifies our tendency to overreact, to swing from exuberance when things are going well to deep depression when they go wrong. Booms and busts are products, at root, of our emotional volatility.” ― Niall Ferguson

40. “If you’re in the luckiest one percent of humanity, you owe it to the rest of humanity to think about the other 99 percent.” ― Warren Buffett

41. “In the absence of the gold standard, there is no way to protect savings from confiscation through inflation. There is no safe store of value.” ― Alan Greenspan

42. “It is a kind of spiritual snobbery that makes people think they can be happy without money.” ― Albert Camus

43. “It is usually people in the money business, finance, and international trade that are really rich.” ― Robin Leach

44. “It is well enough that people of the nation do not understand our banking and monetary system, for if they did, I believe there would be a revolution before tomorrow morning.” ― Henry Ford

45. “Money is a tool. Used properly it makes something beautiful- used wrong, it makes a mess!” ― Bradley Vinson

47. “Money is the best rule of commerce.” ― William Petty

48. “Money should not direct you to what to do and what not to do; the giver of the money is responsible for playing that role.” ― Israelmore Ayivor

49. “Money was never a big motivation for me, except as a way to keep score. The real excitement is playing the game.” ― Donald Trump

50. “One of the funny things about the stock market is that every time one person buys, another sells, and both think they are astute.” ― William Feather

51. “Our incomes are like our shoes; if too small, they gall and pinch us; but if too large, they cause us to stumble and trip.” ― John Locke

52. “People of the same trade seldom meet together, even for merriment and diversion, but the conversation ends in a conspiracy against the public, or in some contrivance to raise prices.” ― Adam Smith

53. “People who think about art as an investment are pathetic.” ― Walter Annenberg

54. “Personal finances are like people’s personal health, crucial and tragic to the sufferer but tedious to the listener.” ― Thomas Keneally

57. “Starting out to make money is the greatest mistake in life. Do what you feel you have a flair for doing, and if you are good enough at it, the money will come.” ― Greer Garson

58. “Stay on top of your finances. Don’t leave that up to others.” ― Leif Garrett

59. “Surplus wealth is a sacred trust that its possessor is bound to administer in his lifetime for the good of the community.” ― Andrew Carnegie

60. “The avoidance of taxes is the only intellectual pursuit that still carries any reward.” ― John Maynard Keynes

Best Quotes on finance and investment

61. “The curious task of economics is to demonstrate to men how little they really know about what they imagine they can design.” ― Friedrich August von Hayek

62. “The economy is a very sensitive organism.” ― Hjalmar Schacht

63. “The financial markets generally are unpredictable. So that one has to have different scenarios… The idea that you can actually predict what’s going to happen contradicts my way of looking at the market.” ― George Soros

65. “The lesson of history is that you do not get a sustained economic recovery as long as the financial system is in crisis.” ― Ben Bernanke

68. “The only way you will ever permanently take control of your financial life is to dig deep and fix the root problem.” ― Suze Orman

69. “The price of everything rises and falls from time to time and place to place; and with every such change, the purchasing power of money changes so far as that thing goes.” ― Alfred Marshall

70. “The propensity to truck, barter, and exchange one thing for another is common to all men, and to be found in no other race of animals.” ― Adam Smith

71. “The rate of interest acts as a link between income value and capital value.” ― Irving Fisher

Best Quotes on finance and accounting

72. “The thing I have discovered about working with personal finance is that the good news is that it is not rocket science. Personal finance is about 80 percent behavior. It is only about 20 percent head knowledge.” ― Dave Ramsey

73. “The way to become rich is to put all your eggs in one basket and then watch that basket.” ― Andrew Carnegie

74. “The way to make money is to buy when blood is running in the streets.” ― John D. Rockefeller

75. “There can be no rise in the value of labour without a fall in profits.” ― David Ricardo

76. “These heroes of finance are like beads on a string; when one slips off, all the rest follow.” ― Henrik Ibsen

77. “To beat the market you’ll have to invest serious bucks to dig up information no one else has yet.” ― Merton Miller

79. “Wall Street has too much wealth and political power.” ― Charlie Munger

81. “We all know that Americans love their statistics – in sports, obviously. And in finance too.” ― Evan Davis

82. “We at Chrysler borrow money the old-fashioned way. We pay it back.” ― Lee Iacocca

83. “We cannot both preach and administer financial matters.” ― Saint Stephen

85. “We teach about how to drive in school, but not how to manage finances.” ― Andy Williams

86. “We’ve never been people that go around and confront people that have been financially successful and say, ‘We hate you. We envy you because of how well you’re doing.’” ― Marco Rubio

87. “Wealth consists not in having great possessions, but in having few wants.” ― Epictetus

88. “Wealth is a person’s ability to survive a certain number of days forward.” ― R. Buckminster Fuller

89. “Wealth is not without its advantages and the case to the contrary, although it has often been made, has never proved widely persuasive.” ― John Kenneth Galbraith

90. “Wealth, in even the most improbable cases, manages to convey the aspect of intelligence.” ― John Kenneth Galbraith

91. “When money realizes that it is in good hands, it wants to stay and multiply in those hands.” ― Idowu Koyenikan

92. “When you print money, the money does not flow evenly into the economic system. It stays essentially in the financial service industry and among people that have access to these funds, mostly well-to-do people. It does not go to the worker.” ― Marc Faber

93. “When you see a man struggling financially, usually it’s because he simply lacks a perfect muse.” ― Lebo Grand

94. “You and I come by road or rail, but economists travel on infrastructure.” ― Margaret Thatcher

95. “You do pay a price for your Financial Freedom, but it is far lesser than what you pay for a Lifetime of Slavery.” ― Manoj Arora

96. “You don’t want to have so much money going toward your mortgage every month that you can’t enjoy life or take care of your other financial responsibilities.” ― Dave Ramsey

97. “You may need additional money to make things happen and have it, but you can have an additional time anywhere. Value your time; as you wait, it is passing!” ― Israelmore Ayivor

98. “You only need to make one big score in finance to be a hero forever.” ― Merton Miller

99. “Your money habits and investment strategy is not all about what you do, but much about who you are. Become the person it takes to do, succeed, and innovate.” ― Amah Lambert

100. “Your net worth to the world is usually determined by what remains after your bad habits are subtracted from your good ones.” ― Benjamin Franklin

We hope you liked the above Best Finance Quotes. Do not forget to mention your favourite line in the comment box below. Also, you can join our Motivational Instagram page to get daily positive lines or you can visit our Pinterest page to get motivational images.