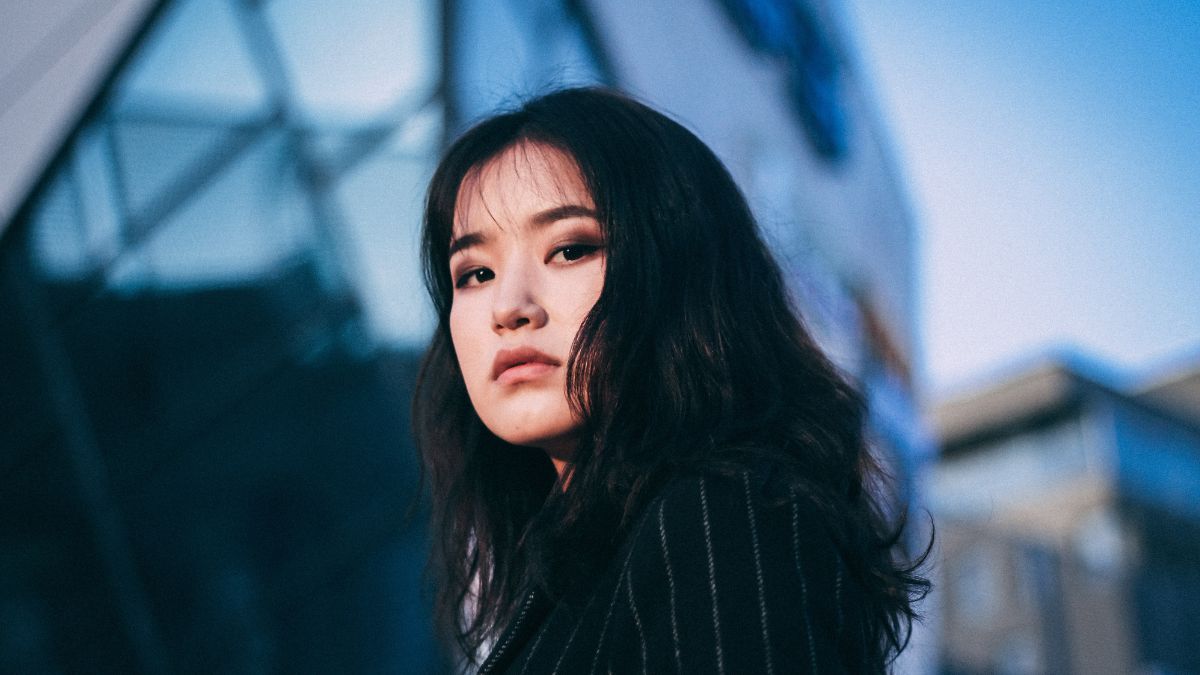 When you look into the eyes of someone you love, you will always see something unique about them. It makes you very emotional. You feel as if you are connected to those eyes. Read the below best her eyes quotes which will make you more romantic.

1. “At the moment when her eyes closed, when all feeling vanished in her, she thought that she felt a touch of fire imprinted on her lips, a kiss more burning than the red-hot iron of the executioner.” ― Victor Hugo, The Hunchback of Notre-Dame

2. “Beauty is in the eye of the beholder and it may be necessary from time to time to give a stupid or misinformed beholder a black eye.” ― Jim Henson

3. “But Sunday, Sunday knows she’s the end. But she closes her eyes, and she pretends with all the strength in her tiny heart that really, she’s the dawn.” ― please find this, I Wrote This For You

4. “Every woman has to have something which singles her out, which catches the eyes, which makes her the center of attention. I am going to be french.” ― Philippa Gregory, The Other Boleyn Girl

5. “Fine!” he relented, giving her a dirty look. “But only if you stay in front.” She rolled her eyes. “My, what chivalry.” “To hell with chivalry. Your idea, you die first.” ― Gina Damico, Scorch

6. “He found her beautiful if a bit strange and sour. It was something in the way that her eyes sparked when she looked at something lovely in the landscape. He couldn’t understand it.” ― Sarah J. Maas, Throne of Glass

7. “Heaven wheels above you, displaying to you her eternal glories, and still your eyes are on the ground” ― Dante Alighieri

8. “Her eyes always had a frantic, lost look. He could never cure her eyes of that.” ― Charles Bukowski, South of No North

9. “Her eyes are like two open books and I suddenly want to devour every page” ― Colleen Hoover, Never Never

10. “You want company, sugar?” Her eyes brimmed with tears, and she could only nod. “Good answer. You saved yourself a fight.” ― Cherise Sinclair, Breaking Free

Romantic Quotes About Her Eyes

11. “Her eyes burned, her muscles ached, but in some strange and secret place, she was happy to finally be doing something that wasn’t just protecting herself, but protecting other people, too.” ― Rachel Caine, Glass Houses

12. “Her eyes hold the pale moon in them, the way a still pond holds stars.” ― Katherine Applegate, The One and Only Ivan

13. “Her eyes met his, but she looked quickly away; entangling gazes with Will was confusing at best, dizzying at worst.” ― Cassandra Clare, Clockwork Prince

14. “Her eyes met mine again. “So what does this mean for us?” I lowered my forehead to hers. “It means you’re mine.” ― Katie McGarry, Pushing the Limits

16. “Her eyes went so wide they nearly bulged. It was probably wrong of me to find that amusing. Or to want to take a photo of Nicholas with his fangs out and wearing a black cape lined with red satin and then hang it over my pillow in a heart-shaped frame.” ― Alyxandra Harvey, Bleeding Hearts

17. “Her eyes were a bottomless ocean that I would give up air to explore.” ― Cora Carmack, Faking It

18. “Her eyes were olive green―incisive and clear.” ― Dan Brown, The Da Vinci Code

19. “Her gaze met his, her blue eyes filled with confusion and terror – and love. If Julian hadn’t already been in love with her, that would have done it.” ― Pamela Clare, Hard Evidence

20. “Her green eyes flutter all the way open, and she looks amused. It pricks his ego slightly. After that kiss, shouldn’t she be fainting at his feet? But she’s grinning.” ― Cassandra Clare, City of Bones

21. “Her spine was steel. Her heart was armor. Her eyes were fire.” ― Kiersten White, And I Darken

22. “Here was an ugly little girl asking for beauty….A little black girl who wanted to rise up out of the pit of her blackness and see the world with blue eyes. His outrage grew and felt like power. For the first time he honestly wished he could work miracles.” ― Toni Morrison, The Bluest Eye

23. “His steady gaze held hers. His blue eyes were very dark, uniquely so. She had known people before with blue eyes, but they had always been light blue. Will’s were the color of the sky just on the edge of night.” ― Cassandra Clare, Clockwork Angel

24. “I am intrigued by the smile upon your face, and the sadness within your eyes” ― Jeremy Aldana

25. “I can think of no better way to meet a girl than to see her through the eyes of the story she loves best.” ― Beth Revis, A World Without You

26. “I gaze at her eyes. The way she’s looking at me…it’s just like she did after our shower yesterday. Like she’s giving me something – a gift. That’s just for me. Only for me. And it’s her. Because she trusts me, has faith in me, believes in me. And you know what? I don’t want Kate to ever look at me any other way.” ― Emma Chase, Tangled

27. “I laugh, mirthless, a mad laugh. I savor the scowl on her face, the hate in her eyes. She was like a machine; she was cold and emotionless, bound by logic alone. And I broke her.” ― Veronica Roth, Insurgent

28. “I promise you that this isn’t going to be our future, Kitten. I will give that to you—a normal life.” Her eyes glistened. “I don’t expect a normal life. I just expect a life with you” ― Jennifer L. Armentrout, Origin

Beauty Quotes About Her Eyes

29. “I recall that your hands were on her, but her eyes were on me,’ Cardan returns.” ― Holly Black, The Queen of Nothing

30. “I stared at her closely, studying her face, her eyes, everything. This was the angel that tamed a demon; the soul that trapped him and held him with a power he’d never felt before. Love.” ― Dan Wells

31. “If the eyes of a female cry over a man that oppressed her, than the Angels will curse him with every step he walks.” ― Hazrat Ali Ibn Abu-Talib A.S

32. “In her eyes and in her touch I felt the echoes of my words.” ― Nicholas Sparks, The Longest Ride

33. “In her eyes, the sadness sings—of one who was destined, for better things.” ― Lang Leav, Love & Misadventure

34. “It was nice – in the dark and the quiet… and her eyes looking back, like there was something in me worth seeing.” ― John Green, Paper Towns

35. “It was rather beautiful: the way he put her insecurities to sleep. The way he dove into her eyes and starved all the fears and tasted all the dreams she kept coiled beneath her bones.” ― Christopher Poindexter

36. “Little did she yet understand that the end of childhood comes not when a child’s body changes with puberty, but when her mind is finally able to see her life through the eyes of an outsider.” ― Elif Shafak, 10 Minutes 38 Seconds in This Strange World

37. “Now and then I see something in her eyes, and I wonder if I’ve ever grasped how much pain she’s really in.” ― Stephenie Meyer, New Moon

38. “She always had that about her, that look of otherness, of eyes that see things much too far, and of thoughts that wander off the edge of the world.” ― Joanne Harris

Best Quotes About Look into her eyes

39. “She closed her eyes; and in the sweet slumber lying her spirit tiptoed from its lodging place. It’s folly to shrink in fear, if this is dying; for death looked lovely in her face.” ― Petrarch

40. “She had discovered that the most effective method of keeping the fear at bay was to fantasize about something that gave her a feeling of strength. She closed her eyes and conjured up the smell of gasoline.” ― Stieg Larsson, The Girl Who Played with Fire

41. “She had the look in her eye when you kick and kick at the door and it doesn’t open, when you write a boy letters and letters and he never loves you, not ‘til the day he dies. Not even then.” ― Daniel Handler, The Basic Eight

42. “She has a sly smile, and eyes that seem to see my essence as they explore my soul and implore my spirit to enter her. I look at her and I see love.” ― Jarod Kintz, Love quotes for the ages. Specifically ages 18-81.

43. “She kept her face to the floor, moving in her personal oblivion, her sunflower eyes fixed on the predicament of her life we would never understand.” ― Jeffrey Eugenides, The Virgin Suicides

44. “She rubbed her eyes, and after a long study of his face, she spoke “Is it really you?” Is it from your cheek, she thought, that I took the seed? The man nodded. His heart wobbled and he held tighter to the branches.” ― Markus Zusak, The Book Thief

45. “She shut her eyes, but it didn’t help. It only made her more aware of Legend’s deep voice as he said, “I’m sorry I left you that night. I shouldn’t have left, I shouldn’t have hurt you. And I shouldn’t have gotten scared and run away when I realized that I was falling in love with you.” ― Stephanie Garber, Finale

46. “She stood there until something fell off the shelf inside her.” ― Zora Neale Hurston, Their Eyes Were Watching God

47. “She walks in beauty, like the night Of cloudless climes and starry skies; And all that’s best of dark and bright, Meet in her aspect and her eyes…” ― Lord Byron

49. “She wore flowers in her hair and carried magic secrets in her eyes. She spoke to no one. She spent hours on the riverbank. She smoked cigarettes and had midnight swims…” ― Arundhati Roy, The God of Small Things

50. “Sometimes when she told stories about the past her eyes would get teary from all the memories she had, but they weren’t tears. She wasn’t crying. They were just the memories, leaking out.” ― Ruth Ozeki, A Tale for the Time Being

Best Quotes About Look at her eyes

51. “The beauty of a woman is seen in her eyes, because that is the doorway to her heart, the place where love resides.” ― Audrey Hepburn

52. “The look in her eyes told me that under any other circumstances, I would either already be naked with her on top of me, or lying in a pool of my own blood on the rug.” ― Christina Lauren, Beautiful Bastard

53. “The risen sun too bright in her losing eyes.” ― John Green, The Fault in Our Stars

54. “There was something in her eyes that drew me in. I wanted to make the sadness she tried to hide go away.” ― Abbi Glines, While It Lasts

55. “What she saw, she felt. Her eyes went straight to her heart.” ― Jerry Spinelli, Stargirl

56. “Whatever it was, it was something you could dance to, or lie down on the floor, close your eyes, and weep to.” ― Kelly Keaton, Darkness Becomes Her

57. “When she saw him face to face their eyes met and brushed like birds’ wings. After that everything was all right, everything was wonderful, she knew that he was beginning to fall in love with her.” ― F. Scott Fitzgerald, Tender Is the Night

59. “With the coffee in front of her, she closed her eyes, and inhaled deeply. It was her moment of happiness.” ― Toshikazu Kawaguchi, Before the Coffee Gets Cold

60. “You flirt with everything.” She could tell that her eyes were popping– her eyeballs actually felt cold around the edges. “You flirt with old people and babies and everybody in between.” ― Rainbow Rowell, Fangirl

61. “You know you are in love when you see the world in her eyes, and her eyes everywhere in the world.” ― Colleen Houck, Tiger’s Quest

55 Best ‘His Eyes’ Quotes from books