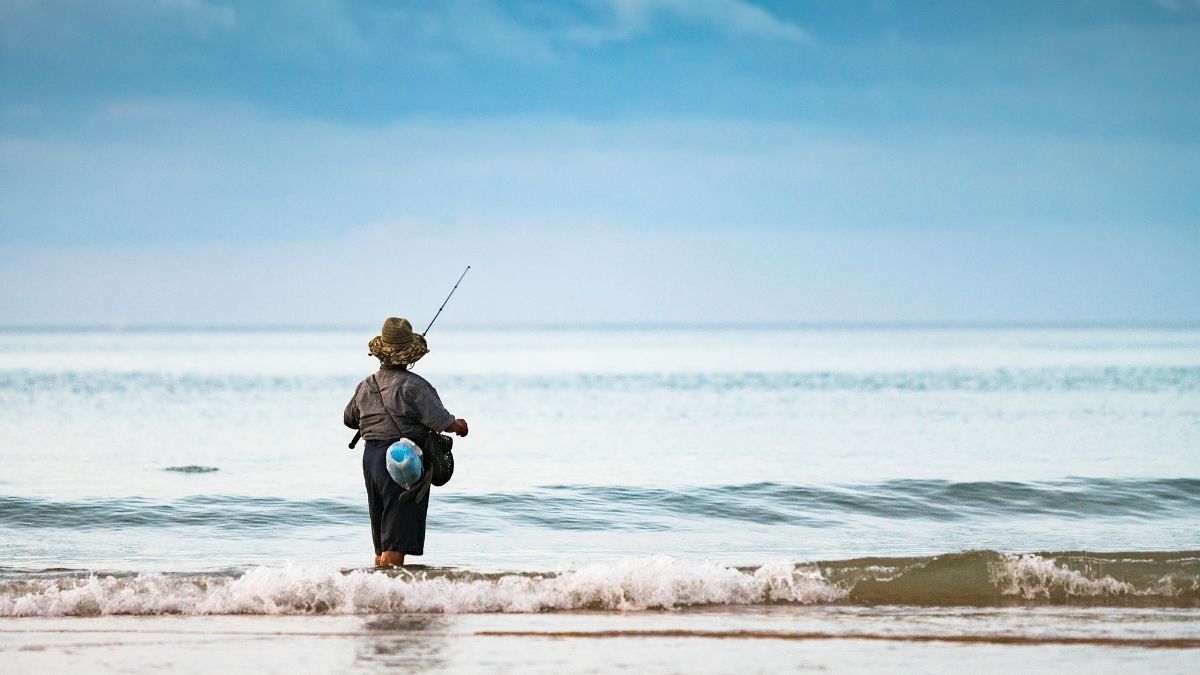 Let’s read the collection of the best inspirational chance quotes that will help you to take advantage of chances and opportunities in life.

Quotes About Chance and Opportunity

1. “Anyone who refuses to make a choice has already made a wrong choice by allowing his life for a chance to rule!” ― Israelmore Ayivor

2. “Beware of missing chances; otherwise, it may be altogether too late someday.” ― Franz Liszt

3. “Chance is commonly viewed as a self-correcting process in which a deviation in one direction induces a deviation in the opposite direction to restore the equilibrium. In fact, deviations are not “corrected” as a chance process unfolds, they are merely diluted.” ― Amos Tversky

5. “Determination, energy, and courage appear spontaneously when we care deeply about something. We take risks that are unimaginable in any other context.” ― Margaret J. Wheatley

6. “Don’t ever try and be like anybody else and don’t be afraid to take risks.” ― Waylon Jennings

7. “Even when you have doubts, take that step. Take chances. Mistakes are never a failure – they can be turned into wisdom.” ― Cat Cora

8. “Every business and every product has risks. You can’t get around it.” ― Lee Iacocca

9. “Everywhere man is confronted with fate, with the chance of achieving something through his own suffering.” ― Viktor E. Frankl

11. “I am a great believer in luck, and I find the harder I work the more I have of it.” ― Stephen Leacock

12. “I believe in taking chances and living your life. Sometimes doors open and others close and you have to figure out which one you’re going to take. I’m always for the one that’s challenging.” ― Gisele Bundchen

13. “I fear the boredom that comes with not learning and not taking chances.” ― Robert Fulghum

14. “I have found that I always learn more from my mistakes than from my successes. If you aren’t making some mistakes, you aren’t taking enough chances.” ― John Sculley

16. “I postpone death by living, by suffering, by error, by risking, by giving, by losing.” ― Anais Nin

17. “I think it’s no secret that I’ve tried to take chances in my career and also in my life, and I believe to not live in fear.” ― Nicolas Cage

18. “I’m the one who will take chances, not worry about the backlash.” ― Magic Johnson

19. “If we assume that the last breath of, say, Julius Caesar has by now become thoroughly scattered through the atmosphere, then the chances are that each of us inhales one molecule of it with every breath we take.” ― James Jeans

20. “If you are afraid to take a chance, take one anyway. What you don’t do can create the same regrets as the mistakes you make.” ― Iyanla Vanzant

21. “If you are living a life that feels right to you if you’re willing to take creative chances or a creative path that feels like it’s mostly in keeping with your sensibilities, you know, aesthetic and artistic, then that’s what matters.” ― Tracy Chapman

22. “If you are not willing to risk the unusual, you will have to settle for the ordinary.” ― Jim Rohn

23. “If you are worried about what people think of you, you should go into politics. Real actors take chances.” ― Rob Lowe

25. “If you’re so afraid of failure, you will never succeed. You have to take chances.” ― Mario Andretti

26. “If your parents never had children, chances are you won’t either.” ― Dick Cavett

27. “It is not like I have gone crazy, I just don’t want to take any chances. You never know what could happen.” ― Ruth Bader Ginsburg

28. “It’s true hard work never killed anybody, but I figure, why to take the chance?” ― Ronald Reagan

30. “Keep on going and the chances are you will stumble on something, perhaps when you are least expecting it. I have never heard of anyone stumbling on something sitting down.” ― Charles Kettering

31. “Life provides chances to open your heart all the time.” ― Amy Leigh Mercree

32. “Living at risk is jumping off the cliff and building your wings on the way down.” ― Ray Bradbury

33. “Many are the strange chances of the world,’ said Mithrandir, ‘and help oft shall come from the hands of the weak when the Wise falter.” ― J.R.R. Tolkien

34. “Necessity is the mother of taking chances.” ― Mark Twain

35. “Never undermine the power of passion. You have a very high chance of achieving anything you are passionate about.” ― Israelmore Ayivor

37. “Our consciousness is proof of our existence in this life. It’s a chance given to us, to find a way to reach eternity.” ― Toba Beta

38. “Our lives improve only when we take chances – and the first and most difficult risk we can take is, to be honest with ourselves.” ― Walter Anderson

39. “Some campaigns are not worth waging if you can’t win; others have to be fought on grounds of principle regardless of the chances for success.” ― Patricia Ireland

40. “Sometimes the slightest things change the directions of our lives, the merest breath of a circumstance, a random moment that connects like a meteorite striking the earth. Lives have swiveled and changed direction on the strength of a chance remark.” ― Bryce Courtenay

41. “Take a chance on me and I will prove how worthy your life is.” ― Heenashree Khandelwal

42. “Take a chance! All life is a chance. The man who goes farthest is generally the one who is willing to do and dare.” ― Dale Carnegie

43. “Take calculated risks. That is quite different from being rash.” ― George S. Patton

44. “Take chances, make mistakes. That’s how you grow. Pain nourishes your courage. You have to fail in order to practice being brave.” ― Mary Tyler Moore

46. “The biggest risk is not taking any risk… In a world that is changing really quickly, the only strategy that is guaranteed to fail is not taking risks.” ― Mark Zuckerberg

47. “The chances of each of us coming into existence are infinitesimally small, and even though we shall all die someday, we should count ourselves fantastically lucky to get our decades in the sun.” ― Richard Dawkins

48. “The flower has opened, has been in the sun, and is unafraid. I’m taking more chances; I’m bold and proud.” ― Paula Cole

50. “The only way to have a chance at success is to step on the field and take a chance. Good or bad partake in the experience to have something to learn and grow from.” ― Wallace Miles

51. “There are risks and costs to action. But they are far less than the long-range risks of comfortable inaction.” ― John F. Kennedy

52. “This business is always changing. If you’re going to be a leader, you’ve got to take chances.” ― Ronnie Milsap

53. “To be successful, one must take chances.” ― Willie Stargell

55. “When it comes to luck, you make your own.” ― Bruce Springsteen

57. “You get as many chances as you want; as many as you dare to make for yourself.” ― Edward Bloor

58. “You have to take risks. We will only understand the miracle of life fully when we allow the unexpected to happen.” ― Paulo Coelho

59. “You’ll never have the chance to work this stuff out unless you give yourself the chance.” ― Jenn Marie Thorne

60. “Your chances of success in any undertaking can always be measured by your belief in yourself.” ― Robert Collier

62. “All discarded lovers should be given a second chance, but with somebody else.” ― Mae West

64. “A story about family, first loves, second chances, and the moments in life that leads you back home” ― Nicholas Sparks

65. “It’s hard to remember that this day will never come again. That the time is now and the place is here and that there are no second chances at a single moment.” ― Jeanette Winterson

66. “Don’t let a thief into your house three times. The first time was enough. The second time was a chance. The third time means you’re stupid.” ― C. JoyBell C.

69. “Sometimes, you get no second chance and that its best to accept the gifts the world offers you.” ― Paulo Coelho

70. “There is no going back in life. There is no return. No second chance.” ― Daphne du Maurier

71. “Sometimes there is no next time, no time-outs, no second chances. Sometimes it’s now or never.” ― Alan Bennett

72. “A second chance doesn’t mean you’re in the clear. In many ways, it is the more difficult thing. Because a second chance means that you have to try harder. You must rise to the challenge without the blind optimism of ignorance.” ― Ling Ma

73. “Second chances are not the same as forgiveness.” ― Erin Bowman

74. “There is no going back in life, no return, no second chance. I cannot call back the spoken word or the accomplished deed.” ― Daphne du Maurier

75. “There can be second chances. But maybe it’s also true that things can never be the same, and that you have to decide whether the second chance lives up to the first.” ― Marie Rutkoski

76. “Second chances do come your way. Like trains, they arrive and depart regularly. Recognizing the ones that matter is the trick.” ― Jill A. Davis

We hope you liked the above Best Inspirational Chance Quotes. Also, you can join our motivational Instagram page to get daily positive lines or you can visit our Pinterest page to get motivational images.