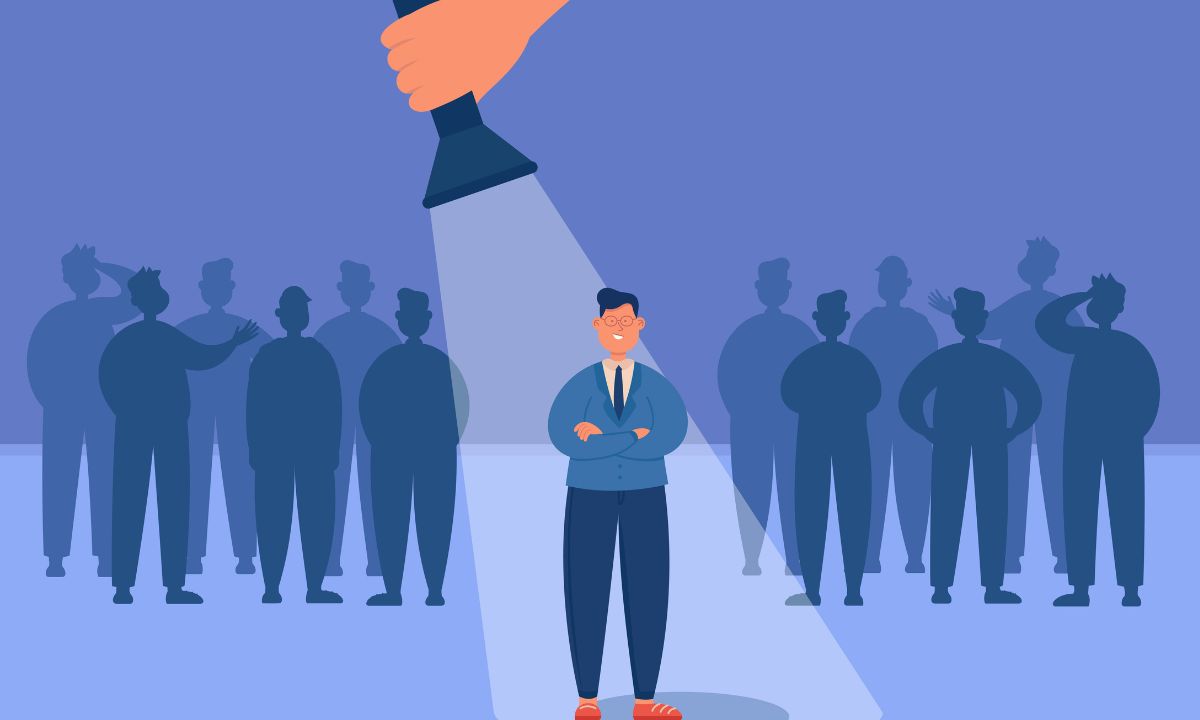 What is the definition of a good leader? (Quotes)

Here are some best leadership lessons quotes that will help you to know the definition of a good leader.

1. “Let me define a leader. He must have vision and passion and not be afraid of any problem. Instead, he should know how to defeat it. Most importantly, he must work with integrity.” ― A. P. J. Abdul Kalam

2. “Leadership is hard to define and good leadership even harder. But if you can get people to follow you to the ends of the earth, you are a great leader.” ― Indra Nooyi

4. “A genuine leader is not a searcher for consensus but a molder of consensus.” ― Martin Luther King, Jr.

6. “A leader is a dealer in hope.” ― Napoleon Bonaparte

7. “Leadership is the other side of the coin of loneliness, and he who is a leader must always act alone. And acting alone, accept everything alone.” ― Ferdinand Marcos

8. “A leader is a person you will follow to a place you wouldn’t go by yourself.” ― Joel A. Barker

9. “A leader is one who, out of madness or goodness, volunteers to take upon himself the woe of the people. There are few men so foolish, hence the erratic quality of leadership in the world.” ― John Updike

Who is a good leader? (Quotes)

Best inspirational leadership lessons quotes that will motivate you to know who is a good leader.

10. “A leader is best when people barely know he exists when his work is done, his aim fulfilled, they will say: we did it ourselves.” ― Lao Tzu

11. “A leader is someone who helps improve the lives of other people or improve the system they live under.” ― Sam Houston

12. “People ask the difference between a leader and a boss. The leader leads, and the boss drives.” ― Theodore Roosevelt

13. “A good leader can engage in a debate frankly and thoroughly, knowing that at the end he and the other side must be closer, and thus emerge stronger. You don’t have that idea when you are arrogant, superficial, and uninformed.” ― Nelson Mandela

Quotes to know the qualities of a leader

If you want to know the qualities of a good leader, then read the below leadership lessons quotes.

16. “The quality of a leader is reflected in the standards they set for themselves.” ― Ray Kroc

17. “Innovation distinguishes between a leader and a follower.” ― Steve Jobs

18. “The first responsibility of a leader is to define reality. The last is to say thank you. In between, the leader is a servant.” ― Max de Pree

19. “The task of the leader is to get his people from where they are to where they have not been.” ― Henry Kissinger

20. “Reason and judgment are the qualities of a leader.” ― Tacitus

21. “A leader must be a good listener. He must be willing to take counsel. He must show a genuine concern and love for those under his stewardship.” ― James E. Faust

22. “No man will make a great leader who wants to do it all himself or get all the credit for doing it.” ― Andrew Carnegie

24. “I never thought in terms of being a leader. I thought very simply in terms of helping people.” ― John Hume

26. “The real leader has no need to lead – he is content to point the way.” ― Henry Miller

27. “To be an effective leader, you have to have a manipulative streak – you have to figure out the people working for you and give each tasks that will take advantage of his strength.” ― Norman Schwarzkopf

28. “What makes a leader great is not the fact that she (or he) has all the answers, but the ability to inspire and empower us to find the answers.” ― Abhijit Banerjee

30. “Great leaders can see the greatness in others when they can’t see it themselves and lead them to their highest potential they don’t even know.” ― Roy T. Bennett

Quotes to know the leader’s job

Here are some best leadership lessons quotes that will help you to know the responsibilities of a good and great leader.

31. “A leader’s job is not to do the work for others, it’s to help others figure out how to do it themselves, to get things done, and to succeed beyond what they thought possible.” ― Simon Sinek

32. “One of the most important actions a leader can do is to lead by example. If you want everyone else to be passionate, committed, dedicated, and motivated, you go first!” ― Marshall Goldsmith

33. “The true measure of the value of any business leader and manager is performance.” ― Brian Tracy

34. “The highest calling of leadership is to challenge the status quo and unlock the potential of others. We need a leader who will lead the resurgence of this great nation and unlock its potential once again.” ― Carly Fiorina

35. “Empowering those around you to be heard and valued makes the difference between a leader who simply instructs and one who inspires.” ― Adena Friedman

36. “As a leader, you must consistently drive effective communication. Meetings must be deliberate and intentional – your organizational rhythm should value purpose over habit and effectiveness over efficiency.” ― Chris Fussell

37. “The role of a creative leader is not to have all the ideas; it’s to create a culture where everyone can have ideas and feel that they’re valued.” ― Ken Robinson

38. “Being a good listener is absolutely critical to being a good leader; you have to listen to the people who are on the front line.” ― Richard Branson

To know the meaning and definitions of leadership, here are the best leadership lessons quotes.

40. “Leadership is solving problems. The day soldiers stop bringing you their problems is the day you have stopped leading them. They have either lost confidence that you can help or concluded you do not care. Either case is a failure of leadership.” ― Colin Powell

41. “Leadership is the capacity to translate vision into reality.” ― Warren Bennis

44. “Leadership is something you earn, something you’re chosen for. You can’t come in yelling, ‘I’m your leader!’ If it happens, it’s because the other guys respect you.” ― Ben Roethlisberger

46. “Leadership consists not in degrees of technique but in traits of character; it requires moral rather than athletic or intellectual effort, and it imposes on both leader and follower alike the burdens of self-restraint.” ― Lewis H. Lapham

47. “Leadership is the art of getting someone else to do something you want done because he wants to do it.” ― Dwight D. Eisenhower

48. “Leadership is practiced not so much in words as in attitude and in actions.” ― Harold S. Geneen

50. “The manager accepts the status quo; the leader challenges it.” ― Warren Bennis

51. “The final test of a leader is that he leaves behind him in other men the conviction and the will to carry on.” ― Walter Lippmann

52. “Leadership and learning are indispensable to each other.” ― John F. Kennedy

53. “It is better to lead from behind and to put others in front, especially when you celebrate victory when nice things occur. You take the front line when there is danger. Then people will appreciate your leadership.” ― Nelson Mandela

54. “Good management is the art of making problems so interesting and their solutions so constructive that everyone wants to get to work and deal with them.” ― Paul Hawken

55. “The key to being a good manager is keeping the people who hate me away from those who are still undecided.” ― Casey Stengel

56. “Leadership consists of picking good men and helping them do their best.” ― Chester W. Nimitz

57. “Leadership is diving for a loose ball, getting the crowd involved, getting other players involved. It’s being able to take it as well as dish it out. That’s the only way you’re going to get respect from the players.” ― Larry Bird

58. “Leadership does not depend on being right.” ― Ivan Illich

59. “Somebody has to take responsibility for being a leader.” ― Toni Morrison

60. “If the leader is filled with high ambition and if he pursues his aims with audacity and strength of will, he will reach them in spite of all obstacles.” ― Carl von Clausewitz

61. “A leader has the vision and conviction that a dream can be achieved. He inspires the power and energy to get it done.” ― Ralph Nader

62. “If you have a dream, don’t just sit there. Gather courage to believe that you can succeed and leave no stone unturned to make it a reality.” ― Dr Roopleen

63. “Leadership is not about titles, positions or flowcharts. It is about one life influencing another.” ― John Maxwell

64. “If your actions create a legacy that inspires others to dream more, learn more, do more and become more, then, you are an excellent leader.” ― Dolly Parton

How Many Types of Sentences Are There? [With Examples]

54 Best Seneca Quotes to Get Motivation in Life