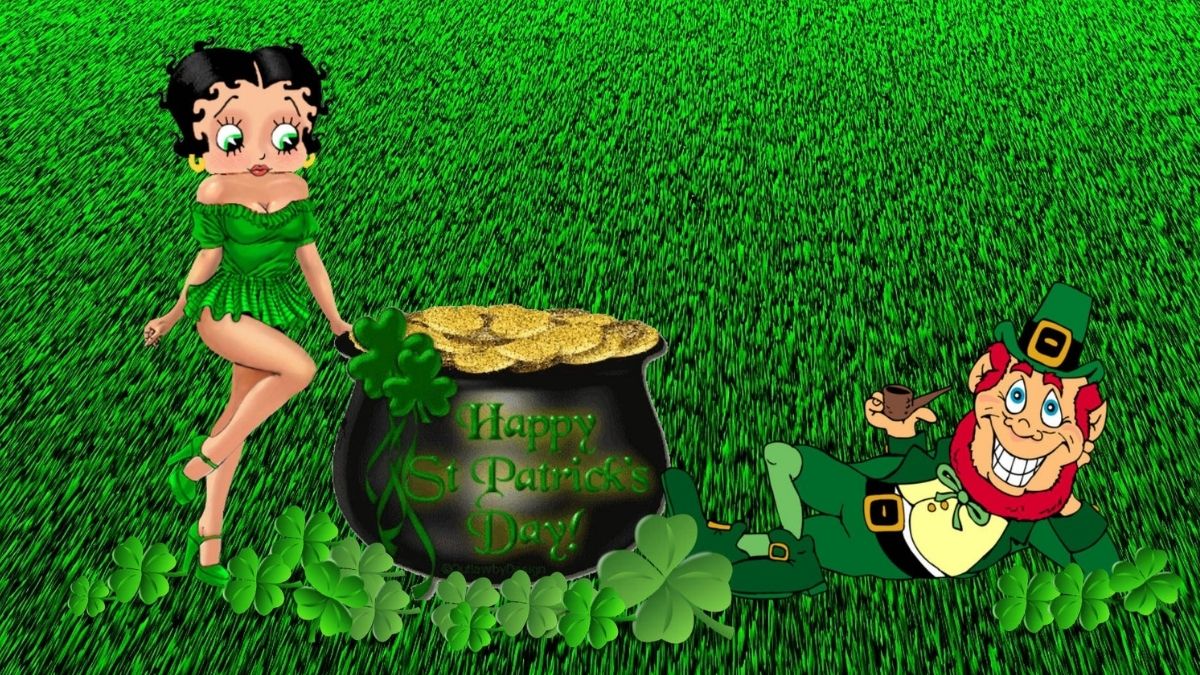 Find here the collection of some funny, hilarious St. Patrick’s Day jokes for kids, adults, teens, and of all ages of children. These jokes are shared here to make you laugh. Because laughing creates a positive impact on you physically and mentally.

1. A drunk man walks into a bar. Afterwards, he tells his friends, “Maybe it’s time for me to stop drinking. That hurt like crazy.”

2. A leprechaun walks into a bar and orders a drink. When it’s time for him to pay for the drink, he ends up short.

3. A leprechaun’s favorite dessert is a patty cake.

4. An American brought a duck into a pub on St Patrick’s Day. When asked why, he answered, “I thought today we get the Duck of the Irish!”

5. An Irishman goes into a bar and orders two drinks: one for him and one for his buddy in the army. The bartender tells the Irishman that he’s sorry for the loss of his army buddy, and the Irishman says: “Oh, don’t worry, he’ll be here soon. These are for me.”

6. As Shia LeBeouf would say, just brew it!

7. Did you hear about Rick O’Shea, the bulletproof Irishman?

8. Did you hear about the stolen loaf of soda bread? It was soda-pressing.

9. Do people get jealous of the Irish? Yes, they’re green with envy!

11. Everyone goes green on St Patrick’s Day if they drink enough.

12. How can you tell if an Irishman is having a good time? He’s Dublin over with laughter

13. How did the Irish Jig get started? Too much water to drink and not enough restrooms

14. How did the leprechaun go to the moon? In a sham-rocket

15. How did the leprechaun win the race? He took a shortcut

16. How did the Wicked Witch of the West celebrate St Patrick’s Day? She drank too much and turned green all over!

17. How do musicians show off to their crush on Saint Patrick’s Day? By serenading them with brag-pipes

18. How do you know it’s St Patrick’s Day? Don’t worry, the drunk girls in green tutus will tell you.

19. How does a leprechaun work out? By pushing his luck

20. How does a red-green color blind man celebrate St Patrick’s Day? He dresses up like Santa Claus.

21. How much did the pirate pay for a Dubliners concert? A Dublin.

22. How old are leprechauns? So old that they can remember when rainbows were black and white

24. I hear Harrison Ford decided to go solo for St. Patrick’s Day, which is good for anyone who wants to kiss the Irish for good luck.

25. I heard Clint Eastwood had a rough St Patrick’s Day because he drank too much Guinness and puked it back up. Talk about the good, the bad, and the ugly!

26. I messed up during band practice today, now my teacher won’t stop harping on me.

27. I used to fiddle around in school a lot, but now I play professionally.

28. I was wondering why everyone would look at me funny when I drink champagne out of my flute instrument.

29. If Hogwarts was in Ireland instead of Scotland, then the first movie would have been called Harry Potter and the Blarney Stone.

31. If Peter Parker was bitten by a radioactive leprechaun instead of a radioactive spider, he would have been called the Amazing Irishman.

32. If the Goodfellas were Irish instead of Italian, they would have been called the Lepre-cons!

33. If you’re the only sober person after the pubs close on St. Patrick’s Day, you would know how it feels to be in Night of the Living Dead if it took place in Ireland.

34. Knock knock! Who’s there? Bunch. Bunch who? Bunch of blarney!

41. Knock, knock. Who’s there?  Ireland. Ireland you money if you promise to pay me back.

42. Knock, knock. Who’s there? Clover. Clover who? Clover here and I’ll tell you.

43. Knock, knock. Who’s there? Erin. Erin who? Erin as fast as I could, but I couldn’t catch the leprechaun.

44. Knock, knock. Who’s there? Irish.Irish who?Irish stew in the name of the law.

46. Sober drivers are the unsung heroes of St Patrick’s Day, they have to green and bear it.

48. What berries are a leprechaun’s favorite? The Cranberries.

49. What did one Irish ghost say to the other? Top O’ the moaning to ya

50. What did the leprechaun put in the vending machine? A lepre-coin

51. What did the leprechaun say when the video game ended? Game clover

53. What do ghosts drink on St. Patrick’s Day? BOOs

54. What do Irishmen say when you tell them Bono is your favourite singer? You too?

55. What do you call a fake Irish diamond? A shamrock

56. What do you call a group of leprechauns who form a band? Green Day.

57. What do you call a leprechaun who gets sent to jail? A lepre-con!

58. What do you call a leprechaun with a sore throat? A streprechaun

59. What do you call a leprechaun’s vacation home? A lepre-condo

60. What do you call an Irish spider? Paddy long legs

61. What do you call environmentally conscious leprechauns? Wee-cyclers.

62. What do you get when two leprechauns have a conversation? A lot of small talk

63. What do you get when you cross a pillowcase with a stone? A sham-rock

64. What does a leprechaun call a man wearing green? A green giant

65. What does Ireland have more of than any other country? Irishmen

66. What does it mean when you find a horseshoe? Some poor horse is going barefoot

67. What happens when a leprechaun falls into the river? He does a river dance to dry off.

68. What instrument does a showoff play on St. Patrick’s Day? Brag-pipes

69. What is a leprechaun’s favorite type of music? Sham-rock ‘n’ roll

70. What is Irish and left on the lawn? Paddy O’Furniture

71. What job did the leprechaun have at the restaurant? He was the short-order cook

72. What kind of drink do the Ghostbusters like to drink on St. Patrick’s Day? Boos.

73. What kind of music do leprechauns listen to? Shamrock and roll.

74. What kind of music do leprechauns love? Sham-rock.

75. What should you say to someone running a marathon on St Patrick’s day? Irish, you luck!

76. What type of bow cannot be tied? A rainbow

77. What would you get if you crossed Christmas with St. Patrick’s Day? St. O’Claus

80. What’s long and green and only shows up once a year? The St. Patrick’s Day parade

81. What’s the best position for leprechauns to play on a baseball team? Shortstop

83. What’s the difference between Yoda and a leprechaun? One is a small, old, green little thing who speaks funny and the other is a leprechaun.

84. When does a leprechaun cross the street? When it turns green

85. When does Valentine’s Day come after Saint Patrick’s Day? In the dictionary

87. Where would you find a leprechaun baseball team?In little league

88. Who has the best green thumb and is taller than a leprechaun? A Green Giant.

89. Who is St. Patrick’s favourite superhero? The Green Lantern

90. Why are leprechauns so concerned about global warming? They’re really into green living

91. Why can’t you borrow money from a leprechaun? Because they’re always a little short

92. Why did St Patrick not drive the car? He wanted to go green.

93. Why did St. Patrick drive all the snakes out of Ireland? It was too far to walk

94. Why did the leprechaun climb over the rainbow? To get to the other side!

95. Why did the leprechaun go outside? To sit on his paddy-o

96. Why did the leprechaun stand on the potato? To keep from falling into the stew

97. Why do leprechauns dislike leftovers? They prefer left-clovers

98. Why do leprechauns have pots o’gold? They like to “go” first-class

99. Why do leprechauns make great secretaries? They’re good at shorthand.

100. Why do people wear shamrocks on St. Patrick’s Day? Because real rocks are too heavy

111 Dark Humor Jokes That Are So Funny