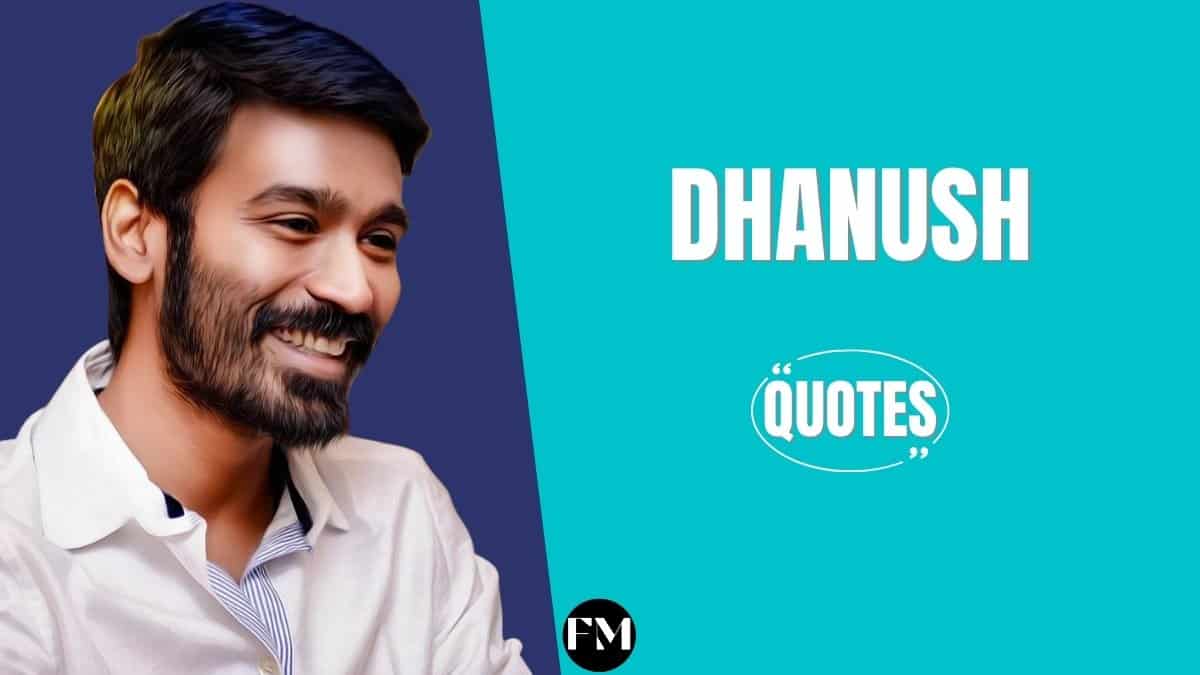 Dhanush is an Indian actor, producer, director, and playback singer who mainly works in Tamil cinema. He has made 44 films in his film career and got much success in almost every movie.

How was Dhanush’s life journey?

Dhanush was born on 28 July 1983 in Madras, Tamil Nadu. His father is a Tamil film director and producer Kasthuri Raja and his mother Vijayalakshmi. Dhanush married Rajinikanth‘s daughter Aishwarya in 2004. Dhanush entered his acting career under the pressure of his brother. Dhanush made his debut in his first film Thulluvadho Ilamai in 2002 which was directed by his father, Kasthuri Raja. He gained success in his initial films. Dhanush became popular. He made many successful movies such as Polladhavan, Yaaradi Nee Mohini, Aadukalam, 3, Maryan, Anegan, Kodi, Vadachennai, Asuran, Maari, Maari 2, Velaiilla Pattadhari, and Velaiilla Pattadhari 2.

In 2011, Dhanush’s song “Why this Kolaveri Di” became famous on YouTube. This was the first Indian music video to cross 100 million views on YouTube. Dhanush made his Bollywood debut in the film Raanjhanaa and won the Best Male Debut Award.

What has Dhanush achieved in his life?

Dhanush has received many awards & recognitions for his performance in various films. In his film career, he received awards such as 13 SIIMA Awards, 9 Vijay Awards, 7 Filmfare Awards South, 5 Vikatan Awards, 5 Edison Awards, 4 National Film Awards. His song “Why this Kolaveri Di” made a milestone in 2011 by crossing 100 million views on YouTube. His song “Rowdy Baby” from Maari 2 became one of the most-viewed Indian songs of all time. Based on his earnings & popularity, Dhanush has been included in the Forbes India Celebrity 100 list six times.

Read below motivational quotes said by Dhanush on various topics to find motivation.

1. “It has been a great journey from where I have started to where I am today. I am really blessed with God’s grace.” ― Dhanush

3. “My mother’s prayers protect me. Negativity, nothing reaches me.” ― Dhanush

4. “In life, there is good, evil, love, and hatred. What we desire, choose, and need to pursue is in our hands.” ― Dhanush

5. “If I was not an actor, I would have been working in a five-star hotel as a chef.” ― Dhanush

6. “I am not answerable for what happens with my personal life.” ― Dhanush

7. “People find pleasure in hating someone. I think it’s the beginning of kali.” ― Dhanush

8. “If someone has betrayed you, it’s understandable that you hate them. But hating someone you don’t even know…” ― Dhanush

9. “Music is my breath, blood, and food – without music, I would perish; the actor in me would die.” ― Dhanush

10. “While I do not believe in idol worship, I believe in energy.” ― Dhanush

12. “In the beginning, I was riddled with major complexes about my looks. Even now, here and there, these complexes crop up. But as the days progressed, I learned to handle them much better.” ― Dhanush

14. “I entered the film industry because my family forced me into it.” ― Dhanush

15. “Everything I observe, my experiences, and my imagination come together while writing.” ― Dhanush

16. “Definition of love differs for different humans. If I will talk about me then it’s something that makes you forget about everything else.” ― Dhanush

Final Words: I hope you liked the above Dhanush Quotes. Don’t forget to mention the best line that you liked most from the above lines in the comment box below.