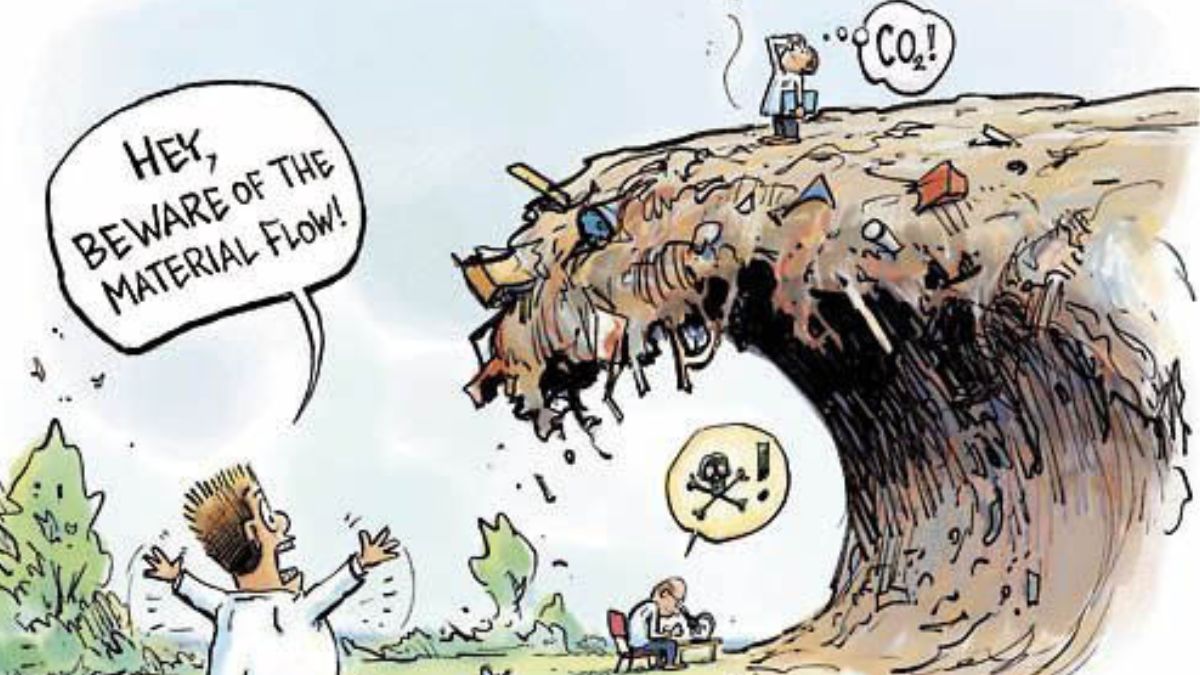 Find here the collection of some funny, hilarious ecology jokes for kids, adults, teens, and of all ages of children. These jokes are shared here to create humor. Because laughing creates a positive impact on you physically and mentally.

1. Did you hear about the Irish caterpillar? It turned into a frog!

2. Did you hear about the Singing Tarantula? The only song he knows is “Fangs for the Memory”.

3. How did the glow-worm feel when it backed into a fan? Delighted.

4. How does an octopus go into battle? Fully armed.

6. If a flea and a fly pass each other, what time is it? Fly past flea.

7. If we get honey from a Bee, what do we get from a Wasp? Waspberry jam.

8. In a fight between a hedgehog and a fox, who won? The hedgehog won on points.

9. Two flies were on a cornflake’s packet. “Why are we running so fast?” asked one fly. “Because” said the second, “it says, ‘tear along the dotted line’!”.

10. Waiter, I’ve just found a maggot in my salad! That’s better than finding half a maggot, isn’t it?

12. What are spider webs good for? Spiders.

13. What are the largest ants in the world? Eleph-ants!

14. What did Mrs. Spider say when Mr. Spider broke her new web? Darn it!

15. What did one flea on Robinson Crusoe’s knee say to another flea on his knee? “‘Bye for now – I’ll see you on Friday!”.

17. What do ducks like to watch on television? Duckumentaries.

Hilarious Ecological Jokes For All

18. What do you call a cat which has swallowed a duck? A duck-filled fatty puss.

19. What do you call an Irish spider? Paddy Longlegs!

21. What insect is musical? A Humbug.

22. What is made from a milk product and likes to fly? A Butter-fly.

23. What is pretty, has big teeth and flies? A Killer-butterfly.

24. What was the tortoise doing on the motorway? About 150 metres an hour!

25. What’s the definition of a caterpillar? A worm with a fur coat!

26. What’s worse than a crocodile with toothache? A centipede with bunions!

27. Where do bees wait for public transport? At a Buzz-stop!

28. Where do tadpoles change into frogs? In the croakroom.

29. Which shop do sheep like to visit? The baaaabers!

30. Why are goldfish gold? So they won’t go rusty!

31. Why can’t you play jokes on snakes? Because you can never pull their legs!

32. Why do bees hum? Because they don’t know the words!

33. Why does the giraffe have a long neck? Because he can’t stand the smell of his feet.

34. Why don’t elephants eat penguins? Because they can’t get the wrappers off!

35. Why is a bee’s hair always sticky? Because it uses a honeycomb!

A Basket of Egg Jokes to Fry Your Mood