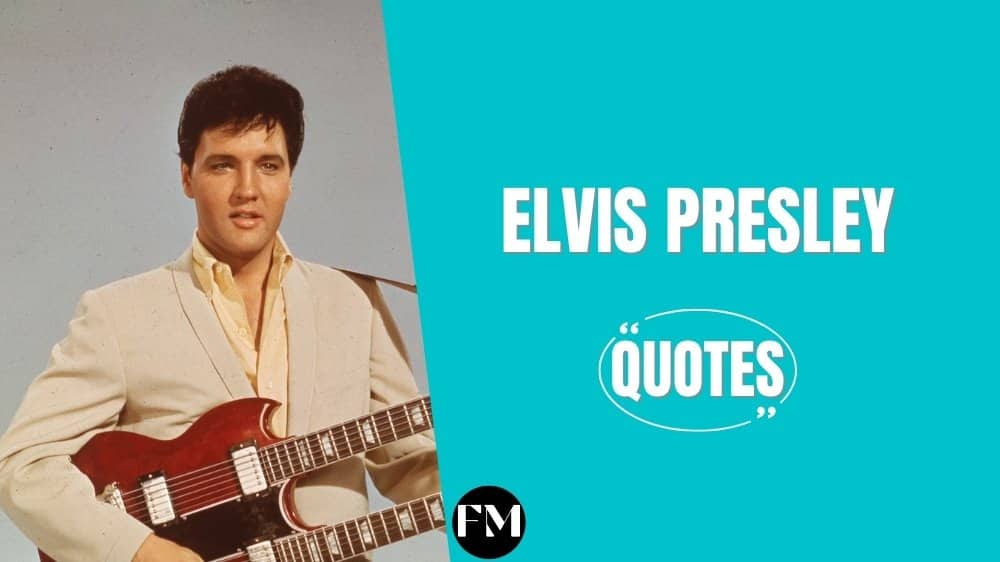 Who is Elvis Presley?

Elvis Aaron Presley was an American singer and actor. He was widely known as the “King of Rock and Roll” and one of rock music’s dominant performers from the mid-1950s until his death.

His energized interpretations of songs and sexually provocative performance style, combined with a singularly potent mix of influences across color lines during a transformative era in race relations, led him to both great success and initial controversy.

2. “Animals don’t hate, and we’re supposed to be better than them.” ― Elvis Presley

3. “Truth is like the sun. You can shut it out for a time, but it ain’t going away.” ― Elvis Presley

4. “Sad thing is, you can still love someone and be wrong for them.” ― Elvis Presley

5. “Do something worth remembering.” ― Elvis Presley

7. “The image is one thing and the human being is another. It’s very hard to live up to an image, put it that way.” ― Elvis Presley

8. “To judge a man by his weakest link or deed is like judging the power of the ocean by one wave.” ― Elvis Presley

Final Words: I hope you liked the above Elvis Presley Quotes. Don’t forget to mention the best line that you liked most from the above lines in the comment box below.

30 Will Rogers Quotes to know about money, improvement & success