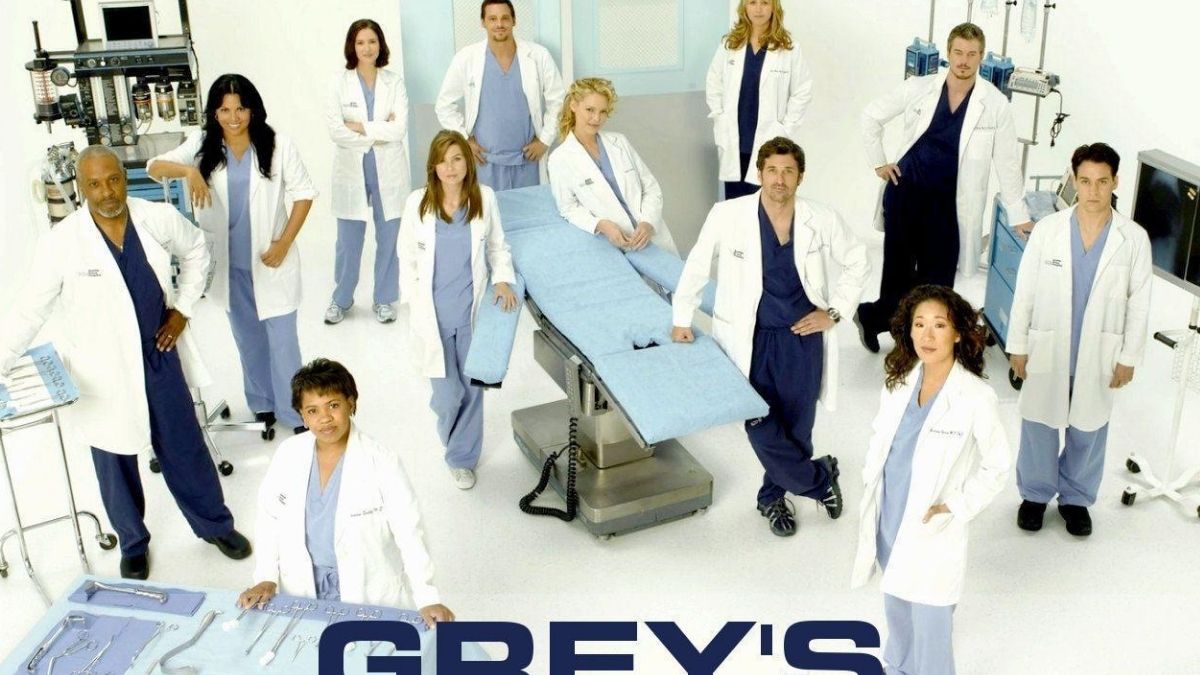 1. According to Dr. Thomas, what time is it in Moscow when it’s five in Seattle? Answer: Four

2. After George and Meredith sleep together and George has to move out, he ends up staying with Cristina and Burke. How does Cristina finally get George to leave the apartment? Answer: She walks around naked

3. How many times was Derek married before he married Meredith? Answer: 1

4. In episode thirty “Superstition”, who said, “I figured we could all use a little good juju”? Answer: Addison

5. In season 6 in the episode “Sanctuary”, who was the second doctor that got shot? Answer: Dr. Karev

Also Find: Lord Of The Rings Trivia Questions With Answers

6. In the episode “Dream A Little Dream Of Me,” what was the name of the ball that the three females were going to? Answer: “Fire and Ice”

7. In season 8 in the episode “Flight”, what did Cristina keep telling Meredith? Answer: “I can’t find my shoe!”

8. This actress has portrayed Alexandra Grey on ‘Grey’s Anatomy’, starting in season 3. Who is she? Answer: Chyler Leigh

9. What does April say she wants to be written on the mints at her wedding? Answer: Mint to be

10. What does Callie call Arizona while talking to Alex? Answer: Red Eagle

12. What is the subject that Arizona and Callie argue about, all episode 13 (“Bad Blood”)? Answer: Why did Arizona let Sofia put her socks on herself

13. What kind of animal did Izzie save in the season opener? Answer: a deer

14. What sentence is said by Meredith at the end of episode 23 (“Readiness is All”)? Answer: “That’s how the good things come too”

15. What tragic event happens to Cristina on her wedding day in season three? Answer: She gets her eyebrows waxed off.

16. What was the color of Izzie’s dress that she picked for the prom? Answer: Dark pink

17. What was the name of Meredith’s mother? Answer: Ellis

18. What were Meredith and Derek arguing about during the season finale? Answer: Moving to Washington D.C.

20. Which intern paid off her debts with money she earned by modeling? Answer: Izzie

21. Which two female doctors kissed each other in the fourth season finale? Answer: Erica and Callie

22. Who becomes the face of the hospital? Answer: Derek Shepherd

23. Who did Meredith not see in her afterlife? Answer: Katie Bryce

24. Who does Cristina stab with an epi? Answer: Alex

25. Who does Jackson kick out of his OR because he can’t concentrate? Answer: Bailey

27. Who first said that they thought George was gay? Answer: Alex Karev

28. Who is Susan? Answer: Meredith’s stepmother

30. Who saw Meredith and Derek kissing in a car parked in a driveway during a party? Answer: Miranda Bailey

32. Who was nominated for a Harper Avery? Answer: Cristina Yang

33. Who’s the O.B. that performs the C-Section on Meredith? Answer: Connie

34. After what event does Erica Hahn decide to leave Seattle Grace? Answer: She finds out Izzie stole her patient’s heart for Denny.

35. Arizona Robbins says to somebody “it would be like dating a newborn”. Who is she talking to? Answer: Callie Torres

36. At the end of season 5, we lose a surgeon in a bus accident. Who is it? Answer: George

37. At the end of season one, who came between Meredith and Derek? Answer: Derek’s wife, Addison

38. Dr. Bailey’s husband was not at the birth of their son. Why not? Answer: He was in a car accident and was in the ER

39. How many kids did Meredith and Derek have at the very end of season 9? Answer: 2

40. In episode two “The First Cut Is The Deepest”, who arrived at the hospital on a motorbike? Answer: Cristina

41. In season 1 in the episode “Who’s Zoomin’ Who?”, who was the woman that said, “So you’re the woman who’s been screwing my husband?” Answer: Addison Shepherd

42. In season 2 in the episode “Losing My Religion”, who unexpectedly died after his/her heart suddenly stopped? Answer: Denny

43. In season 2, following Addison’s arrival on the scene, Derek and Meredith decide to become “friends” and Derek suggests that they walk their dog “Doc” on the Tiger mountain trail. How often does Derek say he does this? Answer: Every other morning

44. In season 5, Derek is having a hard time dealing with killing a pregnant woman and won’t get off of the sofa. Whose cereal is he eating? Answer: Karev’s

45. In the episode “Brave New World”, who gets Meredith, Cristina, and Izzie out of the Dermatology wing? Answer: George

46. In the Superbowl episode, what code is paged around the hospital? Answer: Code black

48. In what episode did Cristina and Dr. Hunt first kiss? Answer: “Dream A Little Dream Of Me Part 2”

49. The gunman found Dr. Percy and shoots him. Then he pointed the gun at Dr. Bailey, who was hidden under one of the beds. He asked her: “Are you a surgeon?” She answered him. What did Miranda Bailey say? Answer: No, I am a nurse.

50. To whom did Meredith give her dog when it became difficult for her and her other roommates to take care of it? Answer: Derek and Addison

51. What career move did George decide on at the end of the season? Answer: He was going to join the army.

52. What hospital department did the residents experienced for the first time this season, and enjoyed visiting there? Answer: Dermatology

55. What is the name of the home that Richard sends Adele to? Answer: Rose Ridge

57. What was one of Meredith’s half-sisters named? Answer: Molly

58. What was the name of Alex’s girlfriend in season 9? Answer: Jo

59. What was the nickname George received from the other interns in the first season? Answer: 007

60. When Meredith told Derek she couldn’t remember their last kiss, Derek described exactly what it was like. “You’d just washed your hair and you smelled like some kind of flower.” What flower was it? Answer: Lavender

61. Where did Meredith eventually dispose of her mother’s ashes? Answer: in the scrub room

62. Who claimed Meredith’s underwear after it was posted on the bulletin board? Answer: Callie

63. Who did Richard turn over his job to when he stepped down as chief in season 8? Answer: Owen

66. Who got married this season? Answer: April and Jackson

67. Who is McHottie? Answer: Nancy

68. Who was Meredith’s mother? Answer: Ellis

70. At the end of season 2, a group of restaurant workers ends up in Seattle Grace with bullet wounds due to a crazed ex-employee who was trying to kill their boss. What was the name of the gunner? Answer: Petey

71. At the start of the series, who is considered “the Nazi”? Answer: Miranda Bailey

72. Dr. Bailey gave birth to a baby boy. What did she name him? Answer: William George Bailey Jones

73. In “Kung Fu Fighting”, two women came into the ER. They were engaged in a contest that involved holding onto something; what was it? Answer: a wedding dress

74. In one episode of the sixth season, Dr. Shepherd deliberately disobeyed Chief Webber’s wishes by proceeding with an extremely risky surgery on a hospital employee. What was this employee/patient’s name? Answer: Isaac

75. In season 4 in the episode “Freedom”, George found out that he failed his intern exam by just how many questions? Answer: one

76. In season 5, Seattle Grace gets a patient who is on death row. Why does Meredith tell Derek she went to his execution? Answer: To show him compassion

77. In the episode “I Am a Tree”, what were the names of Burke’s parents? Answer: Donald and Jane

78. Izzie entered her internship debt-free. How was she able to do that? Answer: Modeling

79. What is the name of the dog that Derek and Meredith shared in season two? Answer: Doc

80. What was Izzie diagnosed with? Answer: Skin cancer

81. What was the missing ingredient from Izzie’s recipe for muffins/cupcakes that her mother and grandmother used to make? Answer: coconut extract

82. What was the name of Meredith’s friend, who briefly joined the hospital staff in the fifth season? Answer: Sadie

83. What’s the name of the last man in the world that Arizona kisses? Answer: Nick

84. Where did Cristina Yang move to at the end of the season? Answer: Zurich

85. Where does the show take place? Answer: Seattle

89. Who is the “Jane Doe” that Alex saves the life of and during her hospital stay, he begins to have feelings for her? Answer: Rebecca Pope

90. Who is the first person Izzie tells that she has cancer? Answer: Cristina

94. Who treated Owen when he sliced his leg open? Answer: Cristina

95. Who was Arizona Robbins sleeping with? Answer: Leah Murphy

96. Who was commonly referred to as “chief”? Answer: Webber

97. Why did Izzie leave? Answer: She got fired

98. Why was Dr. Burke attached to his scrub caps? Answer: He believed they gave him good luck