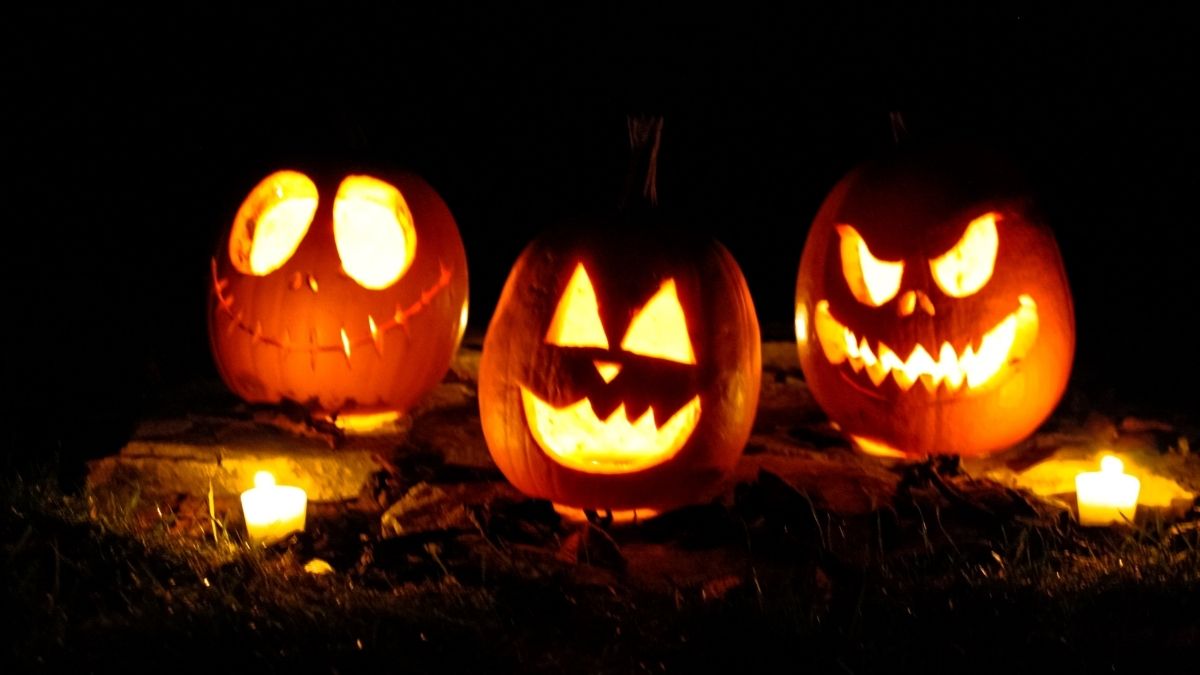 Find here the collection of some funny, hilarious Halloween jokes for kids, adults, teens, and of all ages of children. These jokes are shared here to create humor. Because laughing creates a positive impact on you physically and mentally.

1. Do you know a reason why ghosts are too bad at telling lies? Yes, everyone can see the right inside them.

2. Do you know any skeleton jokes? Yes, but you wouldn’t find it very humerus.

4. How can you tell when a vampire has been in a bakery? All the jelly has been sucked out of the jelly doughnuts.

5. How do female ghosts do their makeup? They use vanishing cream.

6. How do mummies tell their future? They read their horror-scope.

7. How do vampires get around on Halloween? On blood vessels.

8. How do you know when a ghost is sad? He starts boo hooing.

9. How do you know you’ve been ghosted? The poltergeist doesn’t text you back.

10. How does a witch style her hair? With scare spray.

11. The skeleton didn’t mind that everyone called him a bonehead.

12. What did Dracula say when the witch and the warlock started kissing? Get a broom!

13. What did the fisherman say on Halloween? Trick or trout.

14. What did the pumpkin say to its carver? Cut it out!

15. What do ghosts do if their eyesight gets blurred? They use spooktacles.

16. What do ghosts wear at parties? Boooots.

17. What do skeletons fly around in? A scareplane or a skelecopter.

18. What do witches get when their shoes are too tight? Candy corns.

19. What do you call a skeleton who goes out in the snow? A numb-skull.

20. What do you call two witches who live together? Broom-mates!

21. What do you get when you drop a pumpkin? Squash.

22. What does a carved pumpkin celebrate? Hollow-een.

24. What happened to the witch who flew her broom while angry? She flew off the handle.

25. What is a ghost’s favorite dessert? I scream.

26. What is the place where ghosts buy candy for Halloween? Ghost-ery store.

27. What is the place where ghosts enjoy trick or treating the most? The Dead Ends.

28. What kind of music do mummies like listening to on Halloween? Wrap music.

29. What kind of treats do ghosts give to trick-or-treater kids? Booberries.

30. What sound do witches make when they eat cereal? Snap, Cackle & Pop!

32. What’s it called when a vampire has trouble with his house? A grave problem.

34. Where do ghosts buy their food? At the ghost-ery store!

35. Where does a mummy go on vacation? The Dead Sea.

36. Which browser do ghosts use to search for information? Ghoul-gle.

37. Why couldn’t the mummy go to school with the witch? He couldn’t spell.

38. Why did the ghost quit studying? Because he was too ghoul for school.

39. Why did the ghost refuse to go to the Halloween Party? He thought he was going to be booed.

40. Why did the ghost starch his sheet? He wanted everyone scared stiff.

41. Why did the vampire read the newspaper? He heard it had great circulation.

42. Why don’t mummies have friends? Because they’re too wrapped up in themselves.

43. The skeleton canceled the gallery showing of his skull-ptures because his heart wasn’t in it.

44. The skeleton decided to bone up on the facts for the big exam.

45. What did one thirsty vampire say to the other as they were passing the morgue? Let’s stop in for a cool one!

46. What did the girl horse dress up as for Halloween? A night mare.

47. What do demons eat for breakfast? Deviled eggs.

48. What do you call a fat pumpkin? A plumpkin.

49. What goes “Ha-ha-ha-ha!” right before a gigantic sounding crash and then keeps laughing? A monster laughing it’s head off!

50. What goes around a haunted house and never stops? A fence.

51. What Halloween candy should you give trick-or-treaters if you want them to think you’re rich? A 100 grand candy bar

52. What happened to the man who didn’t pay his exorcist? The house was repossessed.

53. What has hundreds of ears but can’t hear a thing? A cornfield!

54. What is a vampire’s pet peeve? A Tourniquet!

55. What type of plates do skeletons like to use? Bone china.

60. What’s it like being kissed by a vampire? It’s a pain in the neck.

61. What’s the best thing to put into a pumpkin pie? Your teeth.

63. Where do ghosts go on holidays? The Boohamas.

64. Where do ghosts like to travel on vacation? The Dead Sea!

66. Where does a skeleton go for a fun night? Anywhere, as long as it’s a hip joint.

68. Who helped the little pumpkin cross the road? The crossing gourd.

69. Who won the skeleton beauty contest? No body.

70. Why are graveyards so noisy? Because of all the coffin.

71. Why are skeletons so good at chopping down trees? They’re LUMBARjacks!

72. Why are there fences around cemeteries? Because people are dying to get in.

73. Why can’t skeletons play church music? Because they have no organs.

74. Why did the skeleton climb up the tree? Because a dog was after his bones!

75. Why did the skeleton start a fight? Because he had a bone to pick.

76. Why did the witch take a nap? She needed to rest a spell.

77. Why didn’t the skeleton go to the scary movie? He didn’t have the guts.

78. Why do Jack-o-lanterns have wicked smiles? Because they just had their brains scooped out!

79. Why is a cemetery a great place to write a story? Because there are so many plots there!

80. Why was the gourd so gossipy? To give ’em pumpkin to talk about.

81. Why was the jack-o’-lantern scared? Because it had no guts.

71 Cute And Funny Boyfriend Jokes To Tell Him