70 Most Hilarious Dinosaur Jokes For Kids 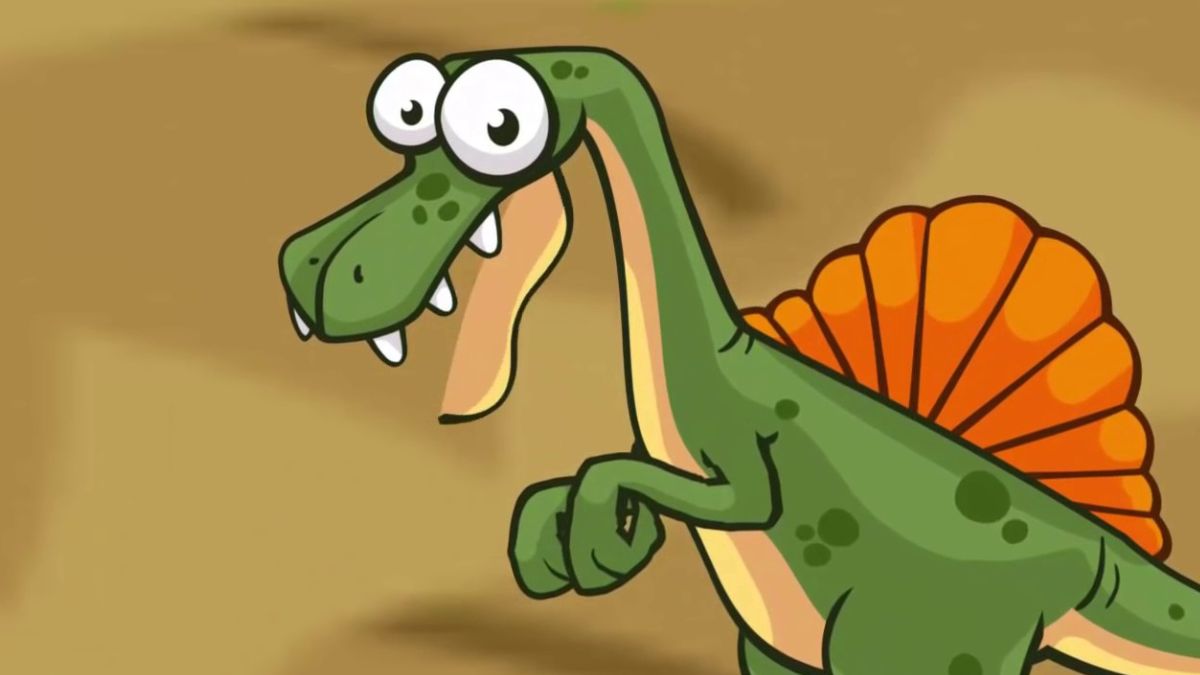 Find here the collection of some funny, hilarious dinosaur jokes for kids, adults, teens, and of all ages of children. These jokes are shared here to create humor. Because laughing creates a positive impact on you physically and mentally.

2. Do you know how long dinosaurs lived? The same as short ones!

3. How can you best raise a baby dinosaur? With a crane!

5. How do you know if there is a dinosaur in your refrigerator? The door won’t shut!

7. How many dinosaurs can you fit in an empty box? One – after that, the box isn’t empty!

8. Scientists recently discovered a new dinosaur that was very intelligent… They named it thesaurus!

9. What came after the dinosaur? Its tail!

10. What did Rex say to Woody after eating a toy? You’ve got a friend in me!

11. What did the dinosaur put on her steak? Dinosauce

12. What did the dinosaur use to build his house? A dino-saw

13. What dinosaur would Harry Potter be? The Dinosorcerer

14. What do dinosaurs have that no other animals have? Baby dinosaurs!

15. What do dinosaurs use on the floors of their kitchens? Rep-tiles

One Liner Dinosaur Jokes For Adults

16. What do you call a dinosaur as tall as a house, with long sharp teeth, and 12 claws on each foot? Sir!

17. What do you call a dinosaur fart? A blast from the past!

18. What do you call a dinosaur ghost? A scaredactyl.

19. What do you call a dinosaur made of cheese? Gorgonzilla!

20. What do you call a dinosaur that never gives up? Try-try-try-ceratops!

21. What do you call a dinosaur who has left its armor out in the rain? A Stegosau-rust.

22. What do you call a dinosaur who wears glasses? A Doyouthinkysaraus!

23. What do you call a dog that belongs to a dinosaur with one eye? A Do-you-think-he-saurus rex.

24. What do you call a paleontologist who sleeps all the time? Lazy bones

25. What do you call a sleeping dinosaur? A dino-snore!

26. What do you call a smelly dinosaur fart? An exstinktion!

27. What do you call a Triceratops with carrots in its ears? Anything you like, it can’t hear you!

29. What do you call twin dinosaurs? Pair-odactyls!

30. What do you get if you cross a dinosaur with a pig? Jurassic Pork!

31. What do you get if you cross a T- rex with explosives? Dino-mite.

32. What do you get when a dinosaur scores a touchdown? A dino-score

33. What do you get when a dinosaur sneezes? Out of the way as quickly as you can!

34. What do you get when dinosaurs crash their cars? Tyrannosaurus Wrecks!

35. What do you get when you cross a dinosaur with a firework? Dinomite!

Hilarious Jokes About Dinosaur For Kids

36. What does a dinosaur call a porcupine? A toothbrush!

37. What does a triceratops sit on? Its tricera-bottom.

38. What game does the brontosaurus like to play with humans? Squash

39. What has a spiked tail, plates on its back, and sixteen wheels? A Stegosaurus on roller skates!

40. What is found in the middle of dinosaurs? The letter ‘s’!

42. What kind of dinosaur can you ride in a rodeo? A Bronco-saurus!

43. What makes more noise than a dinosaur? Two dinosaurs!

44. What should you do if you find a dinosaur in your bed? Find somewhere else to sleep!

45. What sport is a Brontosaurus good at? Squash!

46. What type of tool does a prehistoric reptile carpenter use? A dino-saw !

47. What was the scariest prehistoric animal? The Terror-dactyl!

48. What’s as big as a dinosaur but weighs nothing? Its shadow!

50. What’s the best way to raise a baby dinosaur? With a crane!

51. What’s the difference between a strawberry and a Tyrannosaurus? The strawberry is red!

52. What’s the nickname for someone who put their right hand in the mouth of a T-Rex? Lefty

53. When can three giant dinosaurs get under an umbrella and not get wet? When it’s not raining!

54. Where do dinosaurs go shopping? The dino-store!

55. Where do Velociraptors spend their pocket money? At a dino-saur!

56. Where do walruses go to see movies? The dive-in!

57. Which dinosaur knew the most words? The thesaurus!

58. Which is the scariest dinosaur? A Terror-dactyl.

59. Who made sure the dinosaurs obeyed the law? Tricera-cops!

60. Why are dinosaurs no longer around? Because their eggs stink!

61. Why can’t the T-rex clap its hands? Because it’s extinct!

62. Why can’t you hear a Pterodactyl when it goes to the toilet? Because the pee is silent!

63. Why did the dinosaur cross the road? Because chickens hadn’t evolved yet!

64. Why did the dinosaur take a bath? To become ex-stinked!

65. Why did the T-rex cross the road? To eat the chicken on the other side!

66. Why did the T-rex eat raw meat? Because its itty-bitty arms couldn’t work the oven!

67. Why did the Tyrannosaurus Rex cross the road? Because the chickens hadn’t evolved yet.

68. Why does a Brontosaurus have a long neck? Because its feet smell!

69. Why was the Stegosaurus such a good volleyball player? Because he could really spike the ball!

70. Why wouldn’t the T-Rex get out of bed? He was still dino-SNORING!

57 Most Funny Disney Jokes For Kids