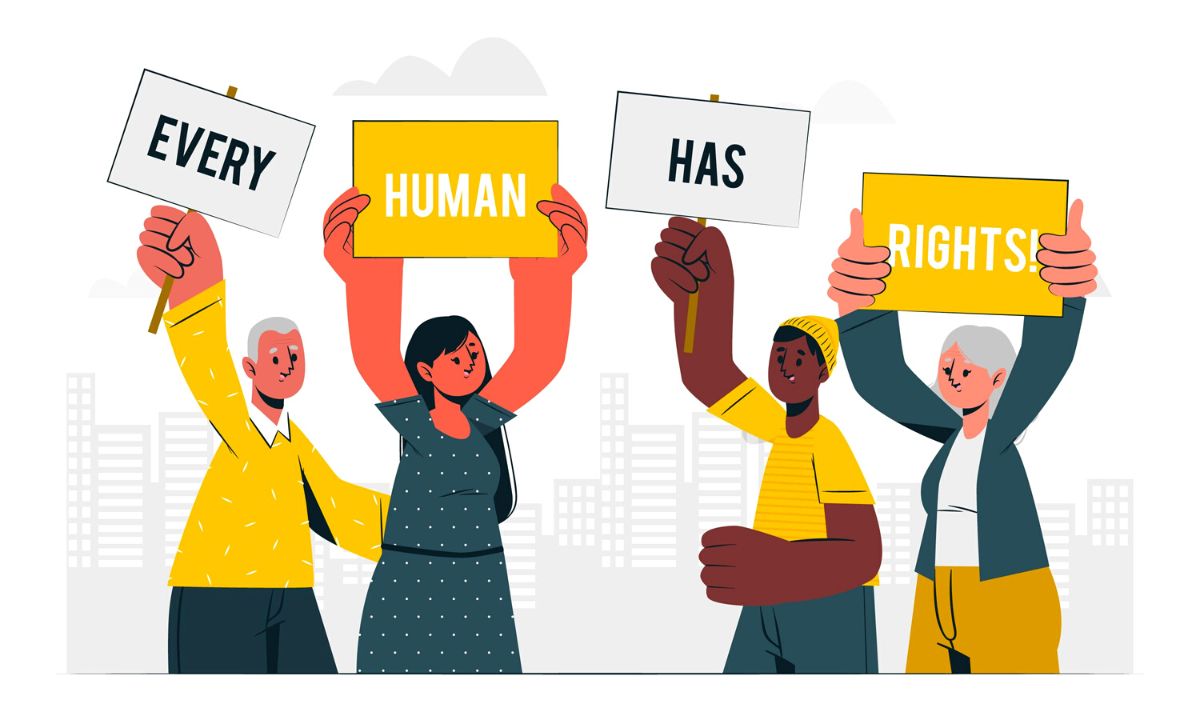 Human rights are a fundamental aspect of our society, shaping the way we interact with one another and the world around us. These rights are the foundation upon which our freedom and equality are built, and they are essential to the well-being of all individuals. From Martin Luther King Jr.’s famous statement that “injustice anywhere is a threat to justice everywhere” to Nelson Mandela’s assertion that “human rights are not only violated by terrorism, repression or assassination, but also by unfair economic structures that create huge inequalities,” human rights quotes serve as powerful reminders of the importance of these fundamental principles. These words remind us to always strive for a more just and equitable world, where all individuals are treated with dignity and respect.

You can also read other quotes such as Evidence Quotes and Consent Quotes.

1. “The good we secure for ourselves is precarious and uncertain until it is secured for all of us and incorporated into our common life.” ― Jane Addams

2. “Our freedoms are vanishing. If you do not get active to take a stand now against all that is wrong while we still can, then maybe one of your children may elect to do so in the future when it will be far riskier — and much, much harder.” ― Suzy Kassem

3. “It is the purpose of government to see that not only the legitimate interests of the few are protected but that the welfare and rights of the many are conserved.” ― Franklin D. Roosevelt

4. “A nuclear-weapons-free world is our commitment to the next generation. Our dream is to fulfill the dreams and rights of the innocent children of the future world.” ― Amit Ray

5. “The rights of every man are diminished when the rights of one man are threatened.” ― John F. Kennedy

7. “The fundamental human right, the presupposition of every other right, is the right to life itself. This is true of life from the moment of conception until its natural end. Abortion, consequently, cannot be a human right — it is the very opposite. It is a deep wound in society.” ― Pope Benedict XVI

8. “Right to peace stands on the pillars of freedom of expression, respect for human rights, cultural diversity, and scientific cooperation. Right to peace transforms the culture of war into a culture of peace. It is also saving humanity from the dangers of dark democracy, which exploits innocent citizens by implementing wrong law, purchased a press and digital surveillance.” ― Amit Ray

9. “’Freedom from fear’ could be said to sum up the whole philosophy of human rights.” ― Dag Hammarskjold

12. “Human rights are not only violated by terrorism, repression or assassination, but also by unfair economic structures that create huge inequalities.” ― Pope Francis

13. “To deny people their human rights is to challenge their very humanity.” ― Nelson Mandela

14. “From the beginning of our history, the country has been afflicted with compromise. It is by compromise that human rights have been abandoned.” ― Charles Sumner

15. “When we achieve human rights and human dignity for all people – they will build a peaceful, sustainable, and just world.” ― Antonio Guterres

16. “Human right is a universal standard. It is a component of every religion and every civilization.” ― Shirin Ebadi

17. “Cooperation and respect for each other will advance the cause of human rights worldwide. Confrontation, vilification, and double standards will not.” ― Robert Mugabe

18. “Life is not a matter of place, things, or comfort; rather, it concerns the basic human rights of the family, country, justice, and human dignity.” ― Imelda Marcos

19. “If we destroy human rights and rule of law in the response to terrorism, they have won.” ― Joichi Ito

20. “Some values must be universal, like human rights and the equal worth of every human being.” ― Bjorn Ulvaeus

21. “A peaceful world requires collective measures for the prevention of war, international cooperation to solve economic and social problems, and respect for human rights.” ― Goran Persson

22. “Human rights will be a powerful force for the transformation of reality when they are not simply understood as externally defined norms of behavior but are lived as the spontaneous manifestation of internalized values.” ― Daisaku Ikeda

24. “Anybody who fights for human rights or to make this world a better place. Nurses, doctors, teachers: these are the people who deserve the credit these days.” ― George Michael

27. “The idea of cultural relativism is nothing but an excuse to violate human rights.” ― Shirin Ebadi

28. “Human rights is something that wasn’t hard to be inspired to write about because there have been so many violations of those rights.” ― Kris Kristofferson

30. “We need to put human rights, a belief in multilateralism, and respect for international law back at the heart of foreign policy.” ― Emily Thornberry

31. “Everyone has the right to freedom of opinion and expression; this right includes freedom to hold opinions without interference and to seek, receive and impart information and ideas through any media and regardless of frontiers.” ― United Nations

32. “I am in favor of animal rights as well as human rights. That is the way of a whole human being.” ― Abraham Lincoln

33. “Freedom means the supremacy of human rights everywhere. Our support goes to those who struggle to gain those rights and keep them. Our strength is our unity of purpose. To that high concept, there can be no end save victory.” ― Franklin Delano Roosevelt

34. “The word “rights”, is something that governments need to provide you and protect you from but, the governments are the basic violators of all human rights.” ― Stefan Molyneux

35. “Women should have free access to every field of labor which they care to enter, and when their work is as valuable as that of a man it should be paid as highly.” ― Theodore Roosevelt

36. “All children should be taught to unconditionally accept, approve, admire, appreciate, forgive, trust, and ultimately, love their own person.” ― Asa Don Brown

37. “We are just two people. Not that much separates us. Not nearly as much as I’d thought.” ― Kathryn Stockett

38. “Human rights violations are not accidents; they are not random in distribution or effect. Rights violations are, rather, symptoms of deeper pathologies of power and are linked intimately to the social conditions that so often determine who will suffer abuse and who will be shielded from harm” ― Paul Farmer

39. “It doesn’t matter, whether it is an x, y or z country, every penny spends on nuclear weapons strengthens the hands of the evil force.” ― Amit Ray

40. “Freedom rings bells to wake us from the comfort of beautiful dreams and empower the efforts that turn them into reality.” ― Aberjhani

41. “We huddle tightly together as cowards, protecting the ranks of our false collective identity from “less-human” intruders when the only obvious and sane truth is that we are all the same human beings.” ― Bryant McGill

Image by storyset on Freepik

26 Trauma Quotes For Rising Above Trauma