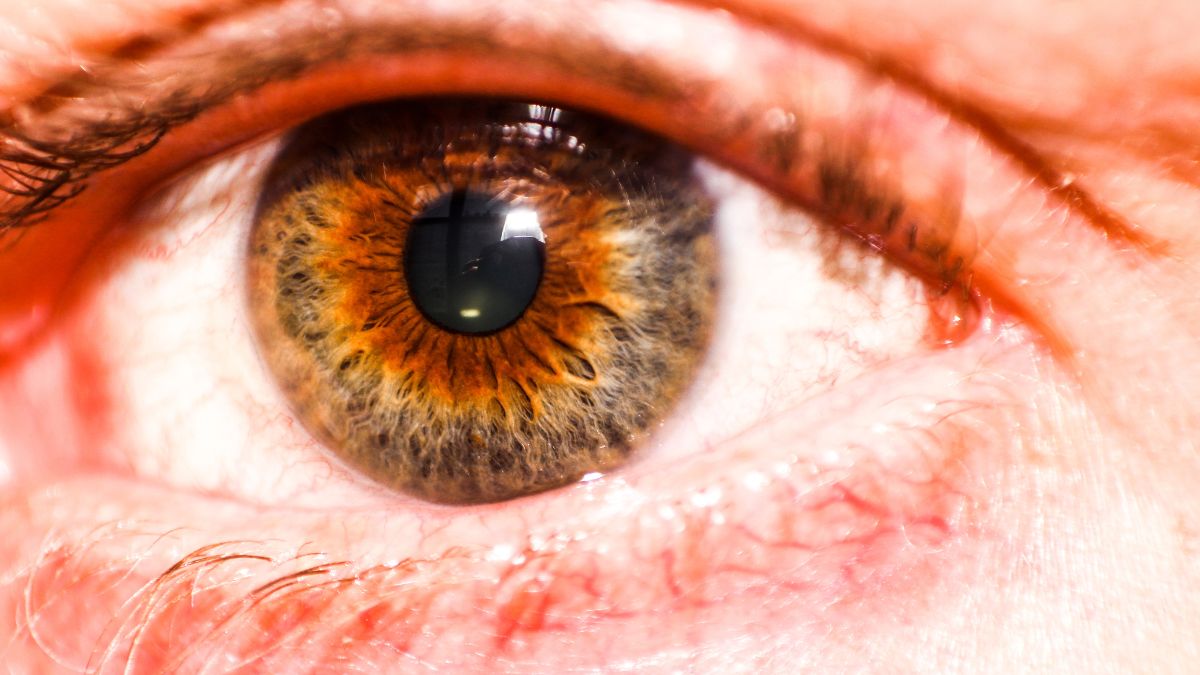 Hazel eyes are the combination of Rayleigh scattering and a moderate amount of melanin in the iris’ anterior border layer. Hazel eyes often appear to shift in color from brown to green. Let’s read here the collection of some best hazel eyes quotes.

1. “A man who can effortlessly get what he wants, and right now those exquisite hazel eyes stare her down as if to devour her entire being.” ― Sarah Stein, New Beginnings

2. “And just like Van Morrison, all I had now of my great love were memories of my hazel eyed angel.” ― Donna AnnMarie Smith

3. “Are you happy?” Shadows darkened his hazel eyes. “I’m getting there.” A halfhearted answer.” ― Sarah J. Maas

4. “Derrick sat too, angling his body so he could look into her eyes. She had beautiful hazel eyes, the color of peridot with golden flecks that seemed to dance in the sunlight.” ― Carmen DeSousa, Creatus

5. “From the looks of things, the only thing that Bria had inherited from Dontae was his light skin and his hazel eyes. She was probably the spitting image of her mom because she didn’t really resemble Dontae that much.” ― Diamond Johnson

6. “Hazel eyes that sparkle with warmth draw me in, holding me captive. It’s not only that he’s attractive, with his short dark hair and his full, kissable lips. No, it’s more than that. In his eyes, I see something I lack—empathy. I see everything I want to be, but cannot.” ― Veronica Lancet

7. “Hazel glanced sidelong at him and saw him breathe in time with the music. She saw tears well at the rims of his dark eyes. This one, she decided. This lad, for me. And it was done.” ― Julie Berry, Lovely War

9. “Hazel, Hazel, blue of eye. Kissed the boys and made them cry.” ― Holly Black, The Darkest Part of the Forest

10. “He had the perfect hazel eyes, and dreads that went past his shoulders that he had held up with rubber bands. He was the color of caramel and tattoos adorned” ― Diamond Johnson

11. “Her almond-shaped, silver eyes, bronzed skin, and long, gleaming red hair were only the tips of her beauty.  Her figure was rounded in beautiful curves and her hazel eyes showed with intelligence.” ― Bonnie Lamer, Blood of Sirens

12. “Her hazel eyes seemed to have experienced all possible tragedy and to have mounted pain and suffering like steps into a high calm and a superhuman understanding. She seemed to know, to accept, to welcome her position, the citadel of the family.” ― John Steinbeck, The Grapes of Wrath

13. “Her hazel eyes seemed to have experienced all possible tragedy and to have mounted pain and suffering like steps into a high calm and a superhuman understanding.” ― John Steinbeck

14. “Her hazel eyes were sharp and intelligent and completely fearless.” ― John Steinbeck

15. “His blond hair and hazel eyes complement his skin tone nicely, but his face? It’s lickable. And I don’t go around wanting to lick just anybody. But him? I’d risk the germs for him.” ― Raven Kennedy, Addie

16. “His eyes were hazel, and his arms ended in white bandages just below the elbows.” ― Sara Gruen

17. “His eyes were hazel, his gray hair tousled, and he wore the look of a man who had seen too much, too soon, and been forced to deal with idiots all too often.” ― Alan Dean Foster

19. “His hazel eyes—an ever-changing mingling of green, gray, and brown—were resting on her face with faint amusement, as if she was making a fool of herself.” ― Anonymous

20. “His hazel stare burned into hers. God, his eyes saw into her soul in a way no one else’s could. Unconditional love in it’s purest form.” ― Lisa N. Paul, Danny’s Main

21. “His smiled reached his eyes then, just for a moment. A flicker of light on dark water.” ― Melissa Albert, The Hazel Wood

22. “His voice made Hazel think of a square of butter gliding across the top of a warm biscuit. Too perfect. And then his strange eyes trekked over the hills and valleys of Hazel’s terrain.” ― Nic Stone, Hazel and Gray

23. “I look up into his face and catch a glimpse of an emotion I never expected to see. His hazel eyes are warm, his mouth is tender. He looks like a man in love.” ― Philippa Gregory, The White Princess

24. “I cut a glance to him, and his eyes were still on me. It occurred to me why they call it eye contact.” ― John Green, The Fault in Our Stars

25. “It’s not just the hair of course. It’s those piercing hazel eyes which you hide pretty well.” His scowl increased. “Just be happy you’re not an animal. You’d probably end up being someone’s coat.” ― Dara Girard, The Amber Stone

26. “I looked up, into the muddy hazel eyes of the nicest man I would ever learn to hate.” ― R.J. Anderson, Ultraviolet

27. “I met those laughing, fierce hazel eyes. Cassian’s smile softened. “Hello, Feyre.” My throat tightened to the point of pain, and I threw my arms around his neck, embracing him tightly. “I missed you, too,” Cassian murmured, squeezing me.” ― Sarah J. Maas, A Court of Wings and Ruin

28. “My voice fell to a faint whisper as my eyes met his. Even though I’d sat with him in church for almost two months, I’d never noticed the flecks of green that swam in his hazel eyes, the fullness of his lips beneath the line of fawn-colored hair above them.” ― Anne Mateer

29. “Once upon a time there was a hazel-eyed boy with dimples. I called him Khalil. The world called him a thug.” ― Angie Thomas

30. “Sean looks over to me, his hazel eyes shining with pride. “You did good, Pup.” ― Kate Stewart

31. “She smiled at him, though her hazel-green eyes were wary beneath the brim of a sodden hat. Right at that moment, staring at her across the hall, Gideon Shaw, cynic, hedonist, drunkard, libertine, fell hopelessly in love.” ― Lisa Kleypas, Again the Magic

32. “Sooner or later we were destined to meet. And when we did, I would learn why his kind hazel eyes were eternally sad and how I came to be murdered on an early-spring night.” ― Elif Shafak

33. “The laugh lines stretching from the corners of her hazel eyes were evidence he’d been a decent husband, if not a good one, despite all of his disappointments and failures.” ― Rachel Hauck, To Love a Prince

34. “The morning light played up his hazel eyes and for a moment I was caught in his allure. The dark brows, the dark hair, the tan skin. A weaker woman would have thrown herself at him a long time ago.” ― R.S. Grey, The Allure of Julian Lefray

35. “The satyr gave me a sympathetic glance. She was shorter than me by a foot, with large hazel eyes that matched her curly hair. I tried to keep my eyes away from her furry lower half, but it was difficult, especially when she smelled faintly like a petting zoo.” ― Julie Kagawa

36. “Those deep hazel eyes held his and didn’t blink. “You’d be amazed what I would do to keep you alive.” Abruptly, V’s mouth opened, his breath growing tight. And as the two of them stood chest-to-chest, he knew every inch of his body, felt it all at once.” ― J.R. Ward, Lover Unleashed

37. “Your eyes are hazel.” ― Rachael Lippincott