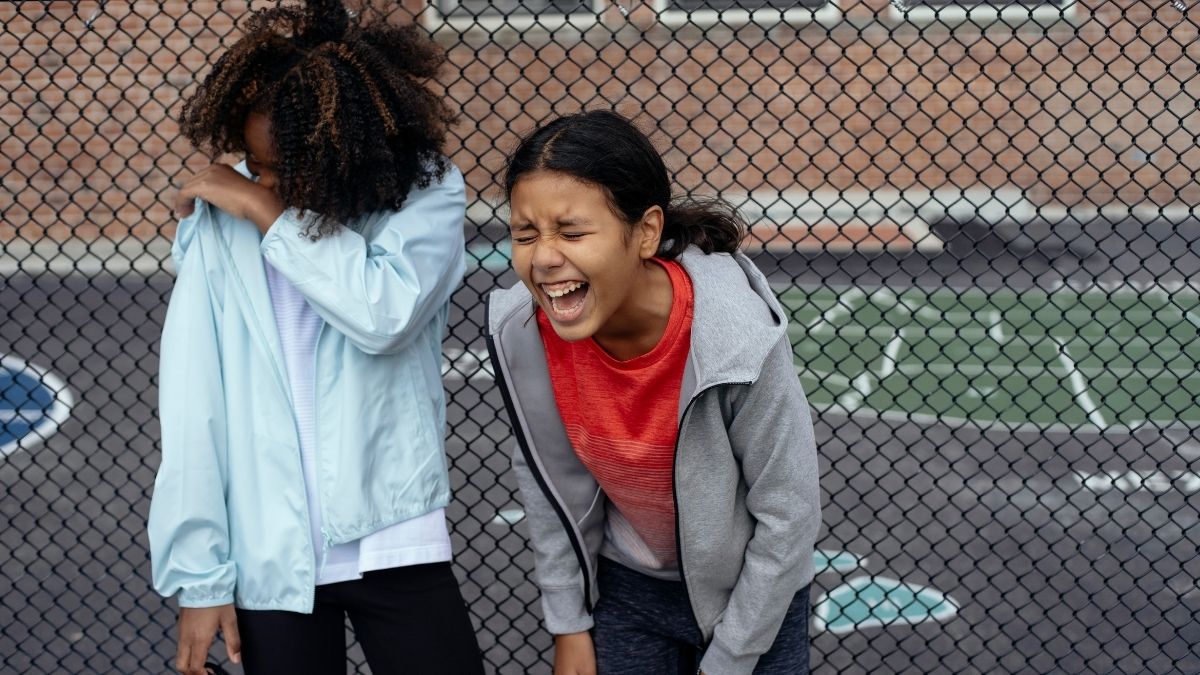 Find here the collection of some funny, hilarious chemistry jokes for kids and of all ages of children. These jokes are shared here to create humor. Because laughing creates a positive impact on you physically and mentally.

1. Did you hear about the claustrophobic astronaut? He just needed a little space.

2. How did the beauty school student do on her manicure test? She nailed it.

3. How did the mobile phone propose to his girlfriend? He gave her a ring.

4. How do you keep a bagel from getting away? Put a lox on it.

5. What did the snowflake say to the road? Let’s stick together.

6. What do bunnies like to do at the mall? Shop ‘til they hop.

7. What do turtles, eggs, and beaches all have? Shells.

8. What does a nosy pepper do? Gets jalapeno business!

9. What is a soccer player’s favorite chemical element? Goooooooooooold!

11. What is the math teacher’s favorite dessert? Pi

12. What kind of dance was the frog prince best at? Hip hop.

13. What should you wear to a tea party? A t-shirt

14. What time of year do people get injured the most? In the fall.

16. What’s a ballerina’s favorite type of bread? A bun.

21. What’s the most popular video game at the bread bakery? Knead for Speed.

22. Where do roses sleep at night? In their flowerbed

24. Where does a sink go dancing? The Dish-co

25. Where is the best place to sit when a submarine is diving? Inside.

26. Which state has the greatest number of jokes? Pennsylvania.

27. Why are eyeshadow, lipstick, and mascara never mad at each other? Because they always make-up

29. Why did the cell phone get glasses? Because she lost all her contacts.

30. Why did the fastest cat in class get kicked out of school? He was a cheetah.

31. Why did the Genie get mad? Because he was rubbed the wrong way.

32. Why did the lawyer show up in court in his underwear? He forgot his lawsuit.

33. Why did the musician throw away her table? Because it was flat.

34. Why did the quarterback take the hardest classes? Because he knew he would pass.

35. Why did the turkey join a band? So he could use his drumsticks.

36. Why didn’t the farmer’s son study medicine? Because he wanted to go into a different field?

37. Why do we tell actors to “break a leg?” Because every play has a cast.

38. Why don’t scientists trust atoms? Because they make everything up.

39. Why is Peter Pan flying all the time? He Neverlands!

41. Why was the show bad at gymnastics? She was a flip-flop

42. Did you hear about the guy who invented the knock-knock joke? He won the “no-bell” prize

43. Did you hear about the two people who stole a calendar? They each got six months.

44. Have you heard the rumor about butter? Nevermind, I shouldn’t be spreading it.

46. How do you stop an astronaut’s baby from crying? You rocket.

47. How do you throw a space party? You planet.

48. Two pickles fell out of a jar onto the floor. What did one say to the other? Dill with it.

49. What are the strongest days of the week? Saturday and Sunday. The rest are weak days.

50. What did one firefly say to the other? You glow, girl!

52. What did one plate say to the other plate? Dinner is on me.

53. What did the buffalo say when his son left? Bison!

54. What did the DNA say to the other DNA? Do these genes makes me look fat?

55. What did the janitor say when he jumped out of the closet? Supplies!

56. What did the left eye say to the right eye? Between you and me, something smells

57. What did the shark say when he ate the clownfish? This tastes a little funny.

59. What do you call a can opener that doesn’t work? A can’t opener.

60. What do you call a dinosaur that is sleeping? A dino-snore.

62. What do you call a fake noodle? An impasta!

63. What do you call a pony with a cough? A little horse.

64. What do you call a train carrying bubblegum? A chew-chew train.

65. What does a spider’s bride wear? A webbing dress.

67. What is a witch’s favorite subject in school? Spelling.

68. What is an astronaut’s favorite part on a computer? The space bar.

70. Why did it get so hot in the baseball stadium after the game? All of the fans left.

71. Why did the frog take the bus to work today? His car got toad away.

72. Why did the Oreo go to the dentist? Because he lost his filling.

73. Why do bees have sticky hair? Because they use honeycombs

74. Why was the politician out of breath? He was running for office.

75. Why was the princess in the emergency room? Because she broke her crown.

76. Why was the teenager no longer allowed online without a license? He crashed the computer

78. How does a scientist freshen their breath? With experi-mints!

79. How does the moon cut his hair? Eclipse it.

80. How many tickles does it take to make an octopus laugh? Ten-tickles

81. How much does it cost a pirate to get his ears pierced? About a buck an ear.

82. What animal is always at a baseball game? A bat.

83. What building in New York has the most stories? The public library.

84. What did one eye say to the other eye? Between us, something smells!

85. What did the left eye say to the right eye? Between us, something smells!

86. What do you call a dinosaur that is sleeping? A dino-snore!

88. What does bread do on vacation? Loaf around.

89. What falls in winter but never gets hurt? Snow.

90. What happens when the clock strikes 13? Time to get a new clock

91. What has ears but cannot hear? A cornfield.

93. What kind of shoes do all spies wear? Sneak-ers.

94. What kind of tree fits in your hand? A palm tree

95. What kind of vegetable is angry? A steamed carrot!

97. What musical instrument is found in the bathroom? A tuba toothpaste

99. When does a joke become a “dad” joke? When the punchline is a parent.

100. Where do pencils go on vacation? Pencil-vania

102. Where do you learn to make banana splits? At sundae school.

105. Why did Johnny throw the clock out of the window? Because he wanted to see time fly

107. Why did the student eat his homework? Because the teacher told him it was a piece of cake.

109. Why was the math book sad? Because it had so many problems