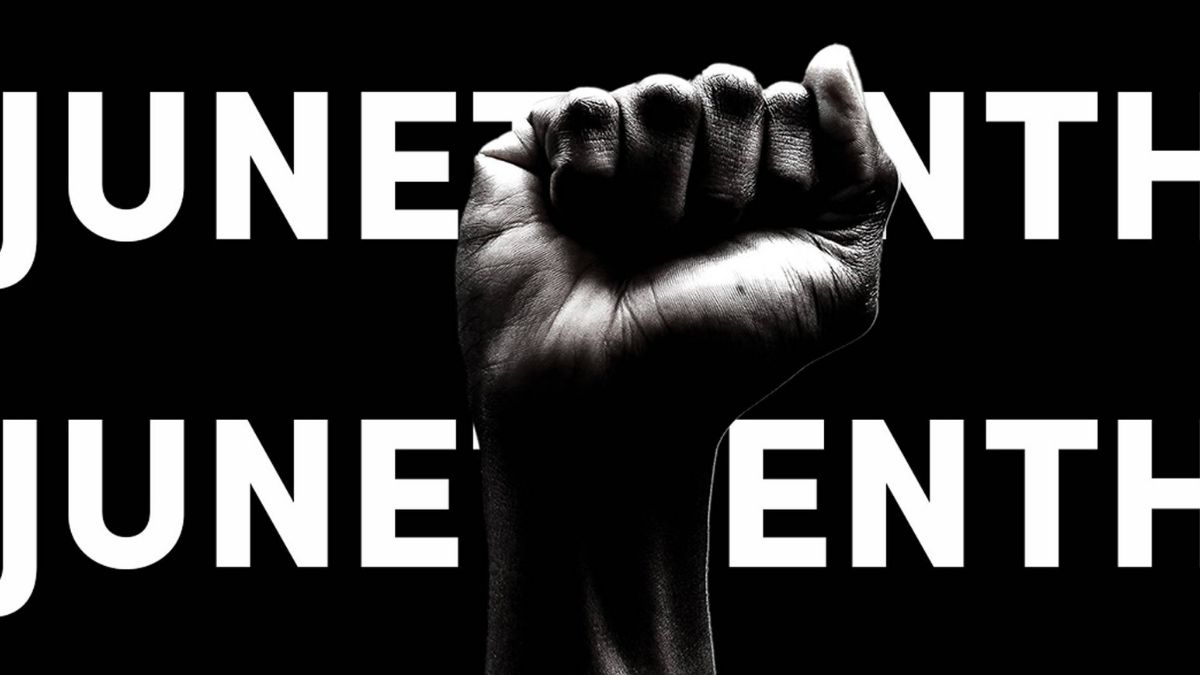 2. In the early years of celebrating Juneteenth, what color of food did former slaves eat to symbolize the struggles they endured for their freedom? Answer: Red

3. In what city in Texas did General Gordon Granger announce the end of slavery? Answer: Galveston

4. In what year did Apple add Juneteenth into the iOS calendar as a United States holiday? Answer: 2018

5. In what year did Juneteenth become a federal holiday? Answer: 2021

6. In what year did Juneteenth first become recognized as a state holiday? Answer: 1980

7. In what year did the last U.S. state finally recognize Juneteenth as a holiday? Answer: 2021

8. Is Juneteenth recognized as a national holiday? Answer: No

10. Juneteenth is commemorated in how many states? Answer: 47

11. Juneteenth recognizes the news of slavery’s end reaching Texas and other southwest states in what year? Answer: 1865

12. The Confederate States of America is made up of how many states? Answer: 11

13. The first legislation to recognize Juneteenth Independence Day was introduced in the U.S. House of Representatives by who? Answer: Barbara-Rose Collins

14. The holiday Juneteenth is also commonly referred to as what? Answer: Emancipation Day

15. What is the date that Juneteenth is celebrated on? Answer: June 19th

16. What state was the first to establish Juneteenth as a state holiday under the legislation and in what year? Answer: Texas in 1980

19. What year did the Emancipation Proclamation first become effective? Answer: 1863

23. Who first introduced legislation to the U.S. House of Representatives recognizing Juneteenth as a holiday? Answer: Barbara-Rose Collins

25. Why is it called Juneteenth? Answer: The name is a portmanteau of the day and the month for when it is observed; i.e. June + 19th = Juneteenth

26. In what year was the first issue of the antislavery newspaper “The North Star” published? Answer: 1847

29. In what year were the last slaves freed due to resistance by slave owners? Answer: 1868

31. The bursting star depicted on the Juneteenth flag represents what? Answer: A new beginning

32. What are the colors on the Juneteenth flag? Answer: Red, white, blue

33. What flavor of soda is associated with celebrating Juneteenth? Answer: Strawberry

34. What is the name of the American abolitionist who was born into slavery but escaped with her infant daughter in 1826? Answer: Sojourner Truth

35. What is the name of the former slave who became the first person of color to graduate from the “United States Military Academy” at West Point? Answer: Henry Ossian Flipper

36. What is the name of the former slave who founded the abolition journal “The North Star”? Answer: Frederick Douglass

37. What is the name of the official order was given by General Gordon Granger announcing that slavery had ended? Answer: General Order No. 3

38. What is the name of the slave who incited, and was ultimately hanged for, the rebellion known as the Southhampton Insurrection? Answer: Nat Turner

39. What is the period that occurred after the announcement by General Gordon Granger, in which former slaves left Texas for other states known as? Answer: The scatter

40. What symbol is on the Juneteenth flag? Answer: A star

41. What was the holiday originally called until it became commonly known as Juneteenth in the 1890s? Answer: Jubilee Day

42. What was the name of the 10 acres of land purchased by a group of former slaves used to celebrate Juneteenth in the 1870s? Answer: Emancipation Park

43. Which state was formed during the American Civil War? Answer: West Virginia

44. Which U.S. state was the last to recognize Juneteenth as a holiday? Answer: South Dakota

45. Which war prompted the end of slavery in the United States? Answer: The Civil War

47. Who is the African American author whose novel “Juneteenth” was published posthumously? Answer: Ralph Ellison