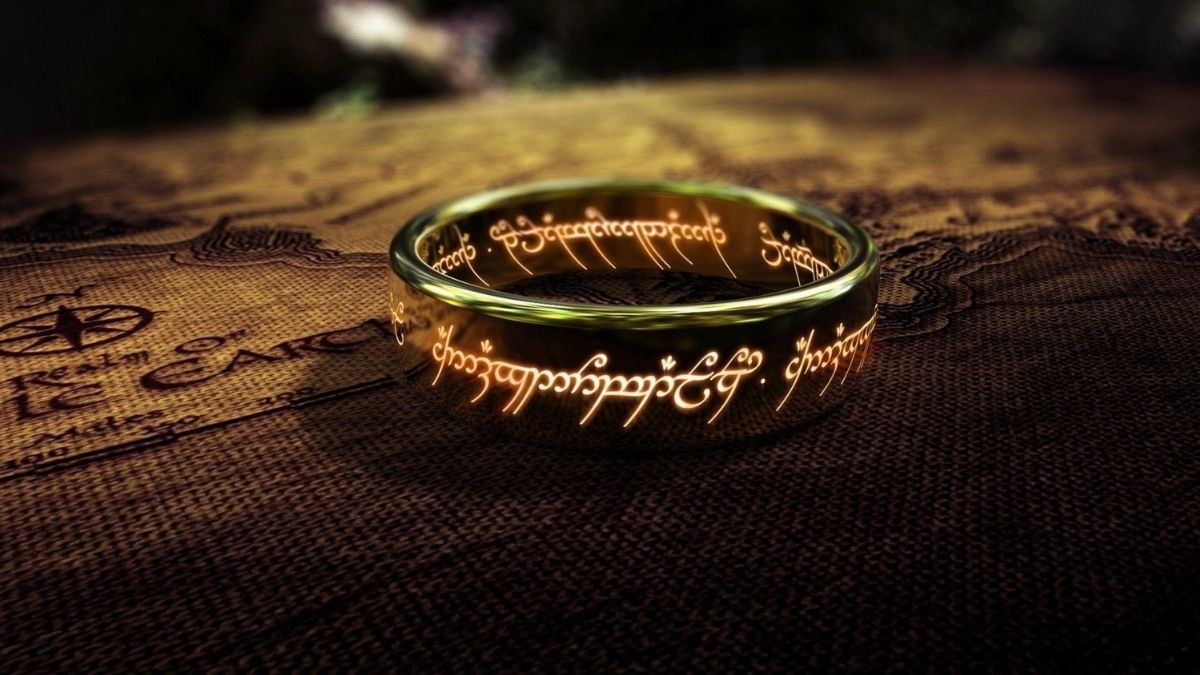 Lord Of The Rings Trivia Questions With Answers

2. Bill the Pony accompanies the Hobbits, Aragorn, and later the rest of the Fellowship, from where to where? Answer: Bree to the Walls of Moria

3. He stepped on a piece of glass, hurting his foot and delaying the shooting of a scene in “The Fellowship of the Ring.” Answer: Samwise Gamgee

4. How does Frodo know Sam? Answer: Sam is Frodo’s gardener

5. I am Boromir’s father and the Steward of Gondor. Answer: Denethor

6. I appear extremely old and worn But I’m still quite quick on my feet, I never lose hope, or stop fighting in the war, Until my task is complete. Who am I? Answer: Gandalf

7. I sit on my throne, looking sick and old, But with help from Gandalf, again I feel bold. Who am I? Answer: Theoden

8. I’m a Hobbit of the Shire And a journey I must make. I watch out for Mr. Frodo For the precautions he must take. Who am I? Answer: Sam

9. I’ve got scruffy black hair, with the elves I have lived. I love an elf princess and aid I do give. Who am I? Answer: Aragorn

10. In “The Fellowship of the Ring”, Merry and Pippin are punished for taking some fireworks. What type of punishment do they receive? Answer: Washing dishes

11. In “The Fellowship of the Ring”, what is the name of the ferry the hobbits use to escape the Black Riders? Answer: Bucklebury Ferry

12. In the commentary, it was noted that he passed gas in the scene where the four hobbits ran from Farmer Maggot’s field and fell. Answer: Frodo Baggins

13. My hair is white and my feet are long, to keep this Ring longer, would be terribly wrong. Who am I? Answer: Bilbo

14. Speaking of injuries, what injury does Sean Astin (Samwise “Sam” Gamgee) obtain while filming “FOTR”? (remember, injury means he got hurt) Answer: his left foot is pierced by a shard of glass

15. Step into the forest now And sit beside a tree. Wait there for a thousand years And still living I may be. Who am I? Answer: Galadriel

17. The girls all think I’m lovely, My locks are bright and blonde, And up until quite recently, Of Dwarves, I was not fond. Who am I? Answer: Legolas

18. The most obvious parallel is the One Ring (in Middle Earth) compared to the Nibelungen Ring (the saga that inspired Richard Wagner). How do the movies emphasize the parallel? Answer: The One Ring has a golden color.

19. What is the last piece of music heard on the “Creating the Lord of the Rings Symphony” DVD, while the credits are rolling? Answer: The Breaking of the Fellowship

20. What is the name of the actor who plays Faramir of Gondor? Answer: David Wenham

21. What is the name of the first movie in the trilogy? Answer: The Fellowship of the Ring

22. What two animals are seen when the Hobbits are in the ‘Inn of the Prancing Pony? Answer: A cat and a ferret

24. Where was the entire trilogy of the “Lord of the Rings” filmed? Answer: New Zealand

25. Where was the set of Hobbiton filmed? Answer: Waikato

27. Who do we see arrive first for the council of Elrond? Answer: Boromir

29. Who, even on his day off, always rode a horse to practice horseback riding and to bond with his horse? Answer: Aragorn

30. A flock of blackbirds, spies of Saruman, fly over the Fellowship. What sort of birds are they? Answer: Crebain

31. At the end of the movie “The Fellowship of the Ring”, Boromir is confronted with a great host of Orcs. He then takes an action that reminds me of what Roland did in the “Chanson the Roland”, when facing a great number of Moors. What do Roland and Boromir both do at this critical moment? Answer: Blow their horn

Easy Lord Of The Rings Trivia With Answers

32. From where did Andy Serkis get his inspiration for his character’s trademark “Gollum, Gollum” cough? Answer: a cat coughing up a furball

33. He is the mastermind behind such classic games as ‘Tig’ and ‘Cup’. (These were games being played by some of the cast in between scenes while shooting “The Fellowship of the Ring”.)Answer: Meriadoc Brandybuck

34. I am a rather respected Elf Who feels Dwarfs are a royal pain. Then the day I helped to fight at Helm’s Deep I was, most unfortunately, slain. Who am I? Answer: Haldir

35. I am both a lady and a warrior And I long to fight in the war, But I am told that I cannot, which stinks a lot Oh I dream of so much more. Who am I? Answer: Eowyn

36. I am the Elf in Lothlórien who showed the company to Galadriel and Celeborn.Answer: Haldir

38. I have been robbed of something very precious of mine… Answer: Gollum/Smeagol

39. I reside in Mirkwood and my hair has a glow, Yet do not test my fighting skills, For I’m lethal with a bow. Who am I? Answer: Legolas

40. I scream like a girl and am helped by Strider, This burden that I bear, must be cast into fire. Who am I? Answer: Frodo

41. I traveled with the Fellowship, With Wizards and Elves who are feared, But then suddenly, I was captured by Orcs, Yet eventually saved by Treebeard. Who am I? Answer: Merry

42. In “The Fellowship of the Ring”, Frodo and Sam run into Merry and Pippin while fleeing farmer Maggot’s place. What do they find shortly after that? Answer: Mushrooms

43. In the scene The Account of Isildur, what year of the Second Age does Gandalf speak of? Answer: 3434

45. My roots reside in Gondor And for my brother I do mourn, He died en route to Mordor When the Fellowship was torn. Who am I? Answer: Faramir

46. My skin and my hair are a lovely bright white, an elf? yes, I am, Known as the Lady of Light. Who am I? Answer: Galadriel

47. My weary eyes have seen many years, in Rivendell I live, to the Fellowship, I provide a council but hope I have yet to give. Who am I? Answer: Elrond

48. One particular area was used in creating two sets. What were the two sets or locations in Middle Earth that utilized the same place, with the sets being built and torn down one after the other? Answer: Helm’s Deep and Minas Tirith

49. Shiny and round I taunt your mind, slip me on and you’ll be hard to find. I am the one…Answer: Ring

50. We ride on dark-haired stallions Our leader is the Witch King. We always chase the Hobbits And try to capture the Ring. Who are we? Answer: Ringwraiths

51. What does Howard Shore cite as the primary inspiration for the music he wrote for “The Lord of the Rings?” Answer: The written works of J.R.R. Tolkien

52. What injury does Viggo Mortensen (Aragorn) get? Answer: he broke 2 of his toes

54. What special instrument did the composer choose to highlight the theme of Smeagol/Gollum? Answer: Dulcimer

55. What was the animation technique used in the animated version of “LOTR”? Answer: Rotoscoping

56. Who acts in the role of Gandalf the wizard? Answer: Sir Ian McKellen

57. Who does Aragorn say he is a friend of during his first meeting with Boromir? Answer: Gandalf

58. Who does the actor Ian Holm play? Answer: Bilbo Baggins

59. Who does the actress Liv Tyler play? Answer: Arwen

60. Who, at Amon Hen, tried to take the ring from Frodo? Answer: Boromir

62. I am heir to the throne of Gondor, and am known as many names!Answer: Aragorn

63. I am the daughter of Elrond and am greatly in love with Aragorn!Answer: Arwen

64. I like to eat mushrooms and Ale I like to sip, I’m a troublesome lad when with my best friend Pip. Who am I? Answer: Merry

Lord Of The Rings Trivia Quiz Questions With Answers

65. In “The Return of the King”, Aragorn, Gimli and Legolas travel a certain road to where the dead life. Name that road. Answer: Dimholt

66. In the documentary, what is the first piece of music we see being performed? Answer: The Prologue

67. In the Troll forest while looking for the Kingsfoil, who surprises Aragorn? Answer: Arwen

68. Long years ago I was slain in battle And no longer feared by all. But lucky for me, my spirit endured, And my Ring has heard my call. Who am I? Answer: Sauron

69. The prosthetics worn for his role had harsh effects on the skin around his eyes; it peeled off and turned pink!Answer: Gimli, son of Gloin

70. To whom did Aragorn say this? “If by my life or death I can protect you, I will.”Answer: Frodo

71. What are the names of the horses that Eomer gives to Aragorn, Legolas, and Gimli? Answer: Hasufel and Arod

72. What are the wolf-like animals that attack Theoden and his people called? Answer: Wargs

73. What do we see behind the choir and orchestra as the Symphony is being performed? Answer: Artwork by John Howe and Alan Lee

74. What injury did Orlando Bloom (Legolas) get? Answer: broken rib

75. What is Merry’s surname? Answer: Brandybuck

76. What is the last name of Meriadoc, a.k.a; Merry? Answer: Brandybuck

77. What is the name of the book that Bilbo is writing? Answer: There and Back Again: A Hobbit’s Tale

78. What is the name of the volcano used to film Mount Doom? Answer: Mount Tongariro

79. What is the second line in Pippin’s song from “The Return of the King”? Answer: “The world ahead”

80. What sort of insect does Gandalf send for help when he is being held prisoner by Saruman? Answer: A moth

81. Where was Mordor, Emyn Muil filmed in the movies? Answer: Taupo Region

82. Who is Aragorn in love with? Answer: Arwen

85. Who provided the voice for Frodo in the animated “LOTR”? Answer: Christopher Guard

86. Who says ‘Even the very wise cannot see all ends? Answer: Gandalf

87. Who says “You have a stout heart little hobbit but it will not save you”? Answer: Strider

88. Who has acquired his or her role in the “Lord of the Rings” trilogy at literally, the last minute? Answer: Aragorn, son of Arathorn

89. Who wrote the soundtrack for the animated “LOTR”? Answer: Leonard Rosenman and Paul Kont

90. Whose tomb does the Fellowship visit whilst in Moria? Answer: Balin