30 Media Quotes To Capture The Essence of Thoughts 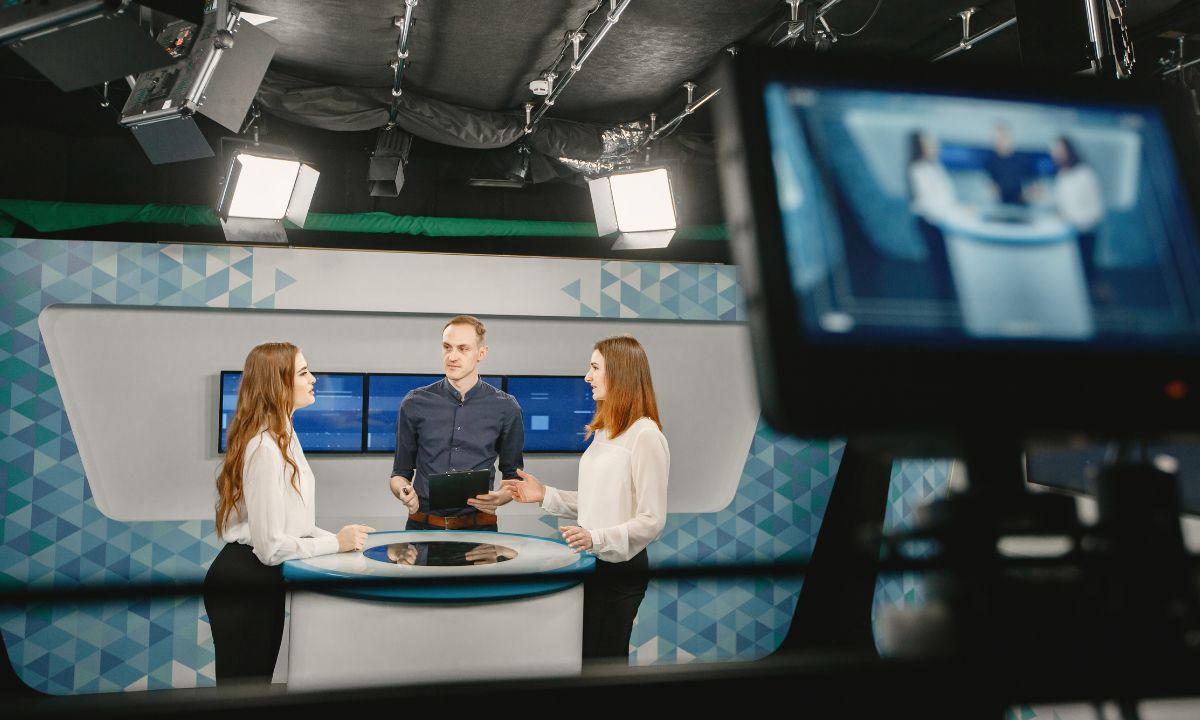 Media quotes are a unique way of capturing the essence of a message or thought expressed by a media source, such as a newspaper, television show, or radio program. These quotes are often used by journalists, researchers, and others as a way of summarizing and distilling the main points or ideas being conveyed in a particular piece of media. By providing a direct quotation from a specific source, media quotes allow readers and listeners to get a sense of the original context and tone in which the message was conveyed. They can be an effective tool for adding credibility and depth to a story and can also be used to draw attention to a particular issue or perspective.

You can also read our other motivational quotes such as letter quotes and heart quotes.

1. “The media’s the most powerful entity on earth. They have the power to make the innocent guilty and to make the guilty innocent, and that’s power. Because they control the minds of the masses.” ― Malcolm X

3. “Education is a system of imposed ignorance.” ― Noam Chomsky

6. “The average TV commercial of sixty seconds has one hundred and twenty half-second clips in it or one-third of a second. We bombard people with sensations. That substitutes for thinking.” ― Ray Bradbury

7. “In an age in which the media broadcast countless pieces of foolishness, the educated man is defined not by what he knows, but by what he doesn’t know.” ― Nicolas Gomez Davila

8. “The television is ‘real’. It is immediate, it has dimension. It tells you what to think and blasts it in. It must be right. It seems so right. It rushes you on so quickly to its own conclusions your mind hasn’t time to protest, ‘What nonsense!’.” ― Ray Bradbury

9. “If everything is amplified, we hear nothing.” ― Jon Stewart

10. “When widely followed public figures feel free to say anything, without any fact-checking, it becomes impossible for a democracy to think intelligently about big issues.” ― Thomas L. Friedman

11. “It is not enough for journalists to see themselves as mere messengers without understanding the hidden agendas of the message and the myths that surround it.” ― John Pilger

12. “The newspaper journalists like to believe the worst; they can sell more papers that way, as one of them told me himself; for even upstanding and respectable people dearly love to read ill of others.” ― Margaret Atwood

13. “Conversation is king. Content is just something to talk about.” ― Cory Doctorow

14. “Real people are actively trying to live like fake people, so real people are no less fake. Every comparison becomes impractical. This is why the impractical has become totally acceptable; impracticality almost seems cool.” ― Chuck Klosterman

15. “When the media enjoy such excessive profits from this mass hysteria, what incentive do they have to restrain it?” ― T. Rafael Cimino

16. “Nothing can now be believed which is seen in a newspaper. Truth itself becomes suspicious by being put into that polluted vehicle.” ― Thomas Jefferson

17. “All media work us over completely.” ― Marshall McLuhan

18. “The media—stenographers to power.” ― Amy Goodman

19. “The media insists on taking what someone didn’t mean to say as being far closer to the truth than what they did.” ― Alain de Botton

20. “When it comes to world news, attitude is what marks the distinction between justice and vengeance. Justice is pure, but vengeance brings more ruin.” ― Criss Jami

21. “The media network has its idols, but its principal idol is its own style which generates an aura of winning and leaves the rest in darkness. It recognizes neither pity nor pitilessness.” ― John Berger

22. “Publicity is the life of this culture – in so far as without publicity capitalism could not survive – and at the same time publicity is its dream.” ― John Berger

24. “When you choose what media to consume, you are choosing your future thoughts and perspectives and opinions. And if you choose poorly, you will think poorly.” ― Mark Manson

25. “Nurturing your self-compassion is anti-oppression work within yourself.” ― Joy Donnell

26. “Whoever controls the media, ‘manipulates’ the behavior of young crowds!” ― Fazli Rrezja

28. “It’s through media that dehumanizing ideas are spread and reproduced. That’s why totalitarians out a premium on destroying freedom of the press.” ― David Livingstone Smith

29. “Beware of attempts to destroy the credibility of media outlets that oppose and expose the dehumanizing propaganda of those in power.” ― David Livingstone Smith

30. “There was so much news. News that was forever breaking, that there was never time for context.” ― John Green

Image by prostooleh on Freepik

Grammar vs Syntax: Differences Between Grammar and Syntax

33 Best Alone Quotes to Recharge and Reflect in Solitude