27 Best Nonsense Quotes That Have No Logical Meaning 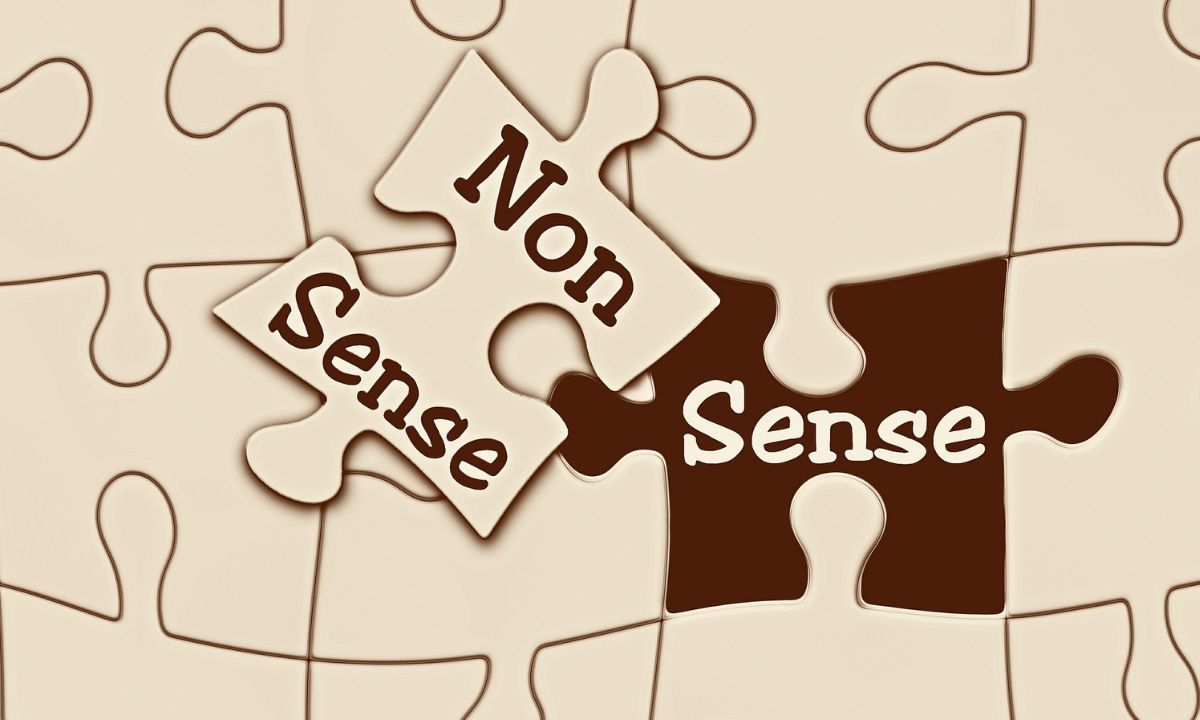 Nonsense quotes can be defined as statements or phrases that do not make sense or have no logical meaning. These types of quotes are often used to create humor or to convey a sense of absurdity. Nonsense quotes can come from a variety of sources, including literature, movies, and everyday conversation. They may be intentionally or unintentionally nonsensical and can range from silly to nonsensical. Regardless of their origin or intent, nonsense quotes are a great way to bring a smile to someone’s face or to add some levity to a conversation.

1. “I love to talk about nothing. It’s the only thing I know anything about.” ― Oscar Wilde

2. “Don’t for heaven’s sake, be afraid of talking nonsense! But you must pay attention to your nonsense.” ― Ludwig Wittgenstein

3. “I like nonsense, it wakes up the brain cells. Fantasy is a necessary ingredient in living.” ― Dr. Seuss

4. “There’s plenty of sense in nonsense sometimes, if you wish to look for it.” ― Cassandra Clare

5. “Tis the privilege of friendship to talk nonsense, and to have her nonsense respected.” ― Charles Lamb

6. “Talking nonsense is the sole privilege mankind possesses over the other organisms. It’s by talking nonsense that one gets to the truth! I talk nonsense, therefore I’m human” ― Fyodor Dostoevsky

7. “The pendulum of the mind oscillates between sense and nonsense, not between right and wrong.” ― Carl Gustav Jung

8. “A little nonsense now and then, is cherished by the wisest men.” ― Anonymous

9. “Forgive me my nonsense as I also forgive the nonsense of those who think they talk sense.” ― Robert Frost

10. “Empowered by my own utter nonsense.” ― Erica Alex

11. “Nature is a school of noticing the many nonsense and unnecessary things you do in your city life!” ― Mehmet Murat ildan

12. “Plenty of things that are real are nonsense.” ― Kieron Gillen

13. “None of this nine or ten nonsense and I don’t care what the parish priest says. There will soon be so many people on this planet that it will be standing room only.” ― Rhys Bowen

14. “Traveling to me is like forgetting all the nonsense that my mind assumed over the years.” ― Sumit Tak

15. “Nonsense. Young boys should never be sent to bed. They always wake up a day older, and then before you know it, they’re grown.” ― J.M. Barrie

16. “Tomorrow is a new day; begin it well and serenely and with too high a spirit to be encumbered with your old nonsense.” ― Ralph Waldo Emerson

17. “The most dangerous leadership myth is that leaders are born-that there is a genetic factor to leadership. That’s nonsense; in fact, the opposite is true. Leaders are made rather than born.” ― Warren Bennis

18. “Nonsense is that which does not fit into the prearranged patterns which we have superimposed on reality…Nonsense is nonsense only when we have not yet found that point of view from which it makes sense.” ― Gary Zukav

19. “It has always seemed to me that my existence consisted purely and exclusively of nothing but the most outrageous nonsense.” ― Thomas Ligotti

20. “Nonsense wakes up the brain cells. And it helps develop a sense of humor, which is awfully important in this day and age. Humor has a tremendous place in this sordid world. It’s more than just a matter of laughing. If you can see things out of whack, then you can see how things can be in whack.” ― Dr. Seuss

22. “A busy life is often full of nonsense but empty of essence.” ― Debasish Mridha

23. “One man’s nonsense is another man’s sense.” ― Peter Cameron

24. “When wisdom is silent, all you can hear is nonsense!” ― Mehmet Murat ildan

25. “Nonsense is indeed mere absence of sense, and can always be remedied by arbitrarily assigning some sense.” ― Willard Van Orman Quine

26. “Ordinary people listen to a huge amount of nonsense that they would be better off without.” ― Jonas Karlsson

27. “The easiest of all arts is to write nonsense.” ― Tamerlan Kuzgov

The 21 Best Quotes About Letter