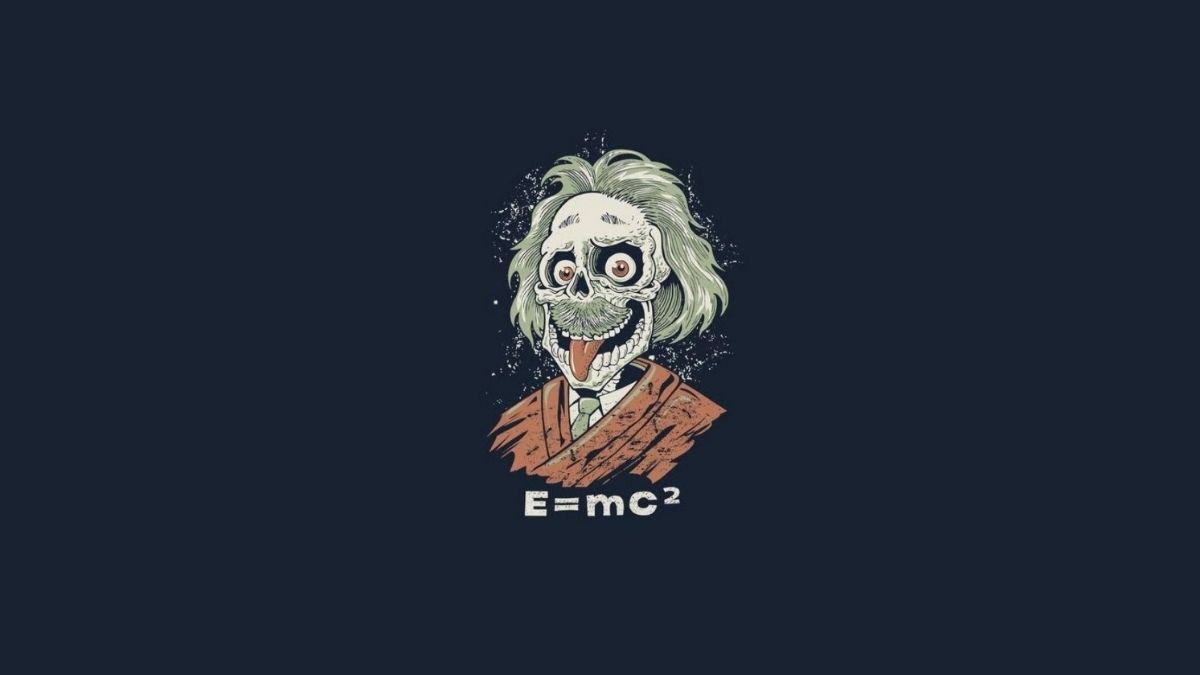 Find here the collection of some funny, hilarious physics jokes for kids, adults, teens, and of all ages of children. These jokes are shared here to make you laugh. Because laughing creates a positive impact on you physically and mentally.

1. A bar walks into a man… oops, wrong frame of reference. A neutrino walks through a bar.

2. A little boy refused to run anymore. When his mother asked him why, he replied, “I heard that the faster you go, the shorter you become.”

3. A neutron walked into a bar and asked, “How much for a gin and tonic?” The bartender smiled wryly and replied, “For you, no charge.”

4. A physicist while exiting the theater after seeing the movie Star Wars bumped into a fellow physicist. Inspired by the movie, he blurted to his friend, “May the mass times acceleration be with you.”

5. A physics professor, who was teaching a graduate course on superstring theory, decided to add an essay question to this year’s final exam. The instructions read, “Describe the universe in 400 words or less and give three examples.”

6. A ramp is inclined to agree on most matters.

7. A string theorist gets caught cheating on his wife and says, “Wait, I can explain everything.”

8. A student riding in a train looks up and sees Einstein sitting next to him. Excited he asks, “Excuse me, professor. Does Boston stop at this train?”

9. A subatomic duck gives zero quarks about your opinion.

10. A witch and a physicist can make potions with motions.

11. A year after almost failing his high school physics class, a boy told his older brother, “You know, my physics teacher was right about the optical Doppler effect. You see those cars. The lights of the ones approaching us are white, but the lights of the ones moving away from us are red.”

12. According to Einstein’s Theory of Relatives, the probability of in-laws visiting you is directly proportional to how much you feel like being left alone.

13. An Unsolved Question in Biophysics: Does a radioactive cat have 18 half-lives?

15. Did you hear about the bi-curious physicist? She performed a double-slit experiment.

16. Did you hear about the physicist who was reading a great book on anti-gravity? He couldn’t put it down.

18. Einstein developed a theory about space. And it was about time too.

19. Have you heard of the physicist who got chilled to absolute zero. He’s 0K now.

20. Have you heard that entropy isn’t what it used to be?

21. Here is a teaching tip for physics professors: When a student tries to paraphrase something you have just taught, feed her or him the following line: “I know you believe you understand what you think I said, but I am not sure you realize that what you heard is not what I meant.” This will guarantee that the student will not interrupt your class again until the next semester.

22. How many astronomers does it take to change a light bulb? None, astronomers prefer the dark.

23. How many general-relativity theoretists does it take to change a light bulb? Two. One to hold the bulb and one to rotate space.

24. How many physicists does it take to change a light bulb? Eleven. One to do it and ten to co-author the paper.

25. I find anti-gravity jokes to be incredibly uplifting.

26. I would tell a parachute joke but you wouldn’t catch my drift.

27. If sound cannot travel in a vacuum, why are vacuums so noisy?

30. Physics is the science where it takes long, complicated equations to explain why round balls roll.

31. Physics quote of the day: Anything that doesn’t matter has no mass.

32. The bartender says, “We don’t serve tachyons in here.” A tachyon walks into a bar.

34. The Official Unabashed Scientific Dictionary defines a transistor as a nun who’s had a sex change.

35. The Official Unabashed Scientific Dictionary defines an elementary particle as the dreams that stuff is made of.

36. The Official Unabashed Scientific Dictionary defines hyperspace as the place where you park your limousine at a superstore.

38. The tiniest fairy that can fix cars is called a quantum mechanic

39. The two physics teachers aren’t speaking. Guess there’s a lot of friction between them.

40. The watch felt really stupid; ts cog-nitive processes were down.

41. There has been too much action in reaction to political scandals. Please write to your congressman to repeal Newton’s third law.

43. Too bad the lazy office worker got fired for sitting all day; he had so much potential energy.

44. Two atoms were walking across a road when one of them said, “I think I lost an electron!” “Really!” the other replied, “Are you sure?” “Yes, I ‘m absolutely positive.”

45. What a physicist hears when he watches Star Wars: “May the mass times acceleration be with you!”

46. What did one electron say to the other electron? Don’t get excited. You’ll only get into a state!

47. What did one photon say to the other photon? “I’m sick and tired of your interference.”

48. What did the Nuclear Physicist have for lunch? Fission Chips.

49. What do you call scientists who love to study gas laws by drinking soda? Fizz-icists

50. What do you call someone who steals energy from the museum? A Joule thief!

51. What happens when electrons lose their energy? They get Bohr’ed.

52. What is blue and smells like red paint? Red paint moving very fast towards you.

54. What’s the most terrifying word in nuclear physics? Oops.

55. When a third-grader was asked to cite Newton’s first law, she said, “Bodies in motion remain in motion, and bodies at rest stay in bed unless their mothers call them to get up.”

56. When a third-grade student was asked to define the term “vacuum” in class, she answered, “A vacuum is an empty region of space where the Pope lives.”

57. When a travel agent was asked if faster-than-light flights were available, she said, “Yes, but tickets must be purchased at least three weeks in advance and a Saturday night stay is required.”

59. Why can’t you trust an atom? They make up everything.

60. Why does a burger have less energy than a steak? Because it’s in its ground state.

61. Why is electricity an ideal citizen? Because it conducts itself so well.

62. Why is it best to teach physics on the edge of a cliff? Because that’s where students have the most potential.

63. Why is quantum mechanics the original “original hipster”? It described the universe before it was cool.

64. Why was Heisenberg’s wife unhappy? Because whenever he had the energy, he didn’t have the time.

65. Wind got in trouble for resisting arrest.