65 Best Pumpkin Jokes For Everyone 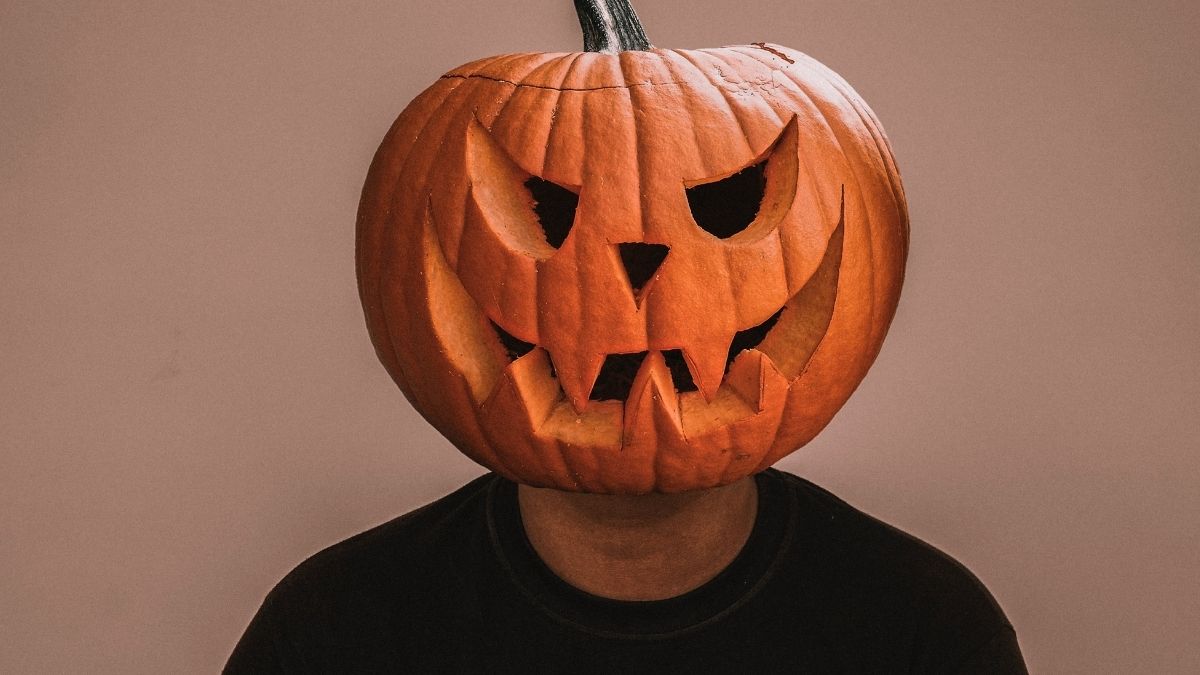 Find here the collection of some funny, hilarious pumpkin jokes for kids, adults, teens, and of all ages of children. These jokes are shared here to create humor. Because laughing creates a positive impact on you physically and mentally.

1. A pumpkin says to a jack-o’-lantern, “All we ever do is sit around on the stoop. Don’t you want to mix it up, try something different?” The jack-o’-lantern replies, “I don’t have the guts.”

2. How do you carve a pumpkin? You just pro-seed

3. How do you repair a broken jack o’ lantern? Use a pumpkin patch.

4. How does a pumpkin listen to Halloween music? On vine-yl.

5. What are gourds afraid of? Things that go pumpkin the night.

6. What did Cinderella say when her carriage turned into a pumpkin? “Oh, my gord!”

7. What did one Pumpkin say to the other? “Happy Hollowing!”

8. What did the orange pumpkin say to the green pumpkin? “You look a little sick.”

9. What did the pumpkin say after Thanksgiving? “Good-pie, everyone.”

10. What did the pumpkin say to the pie baker? “Use apples, instead.”

12. What did the pumpkin say when he was picked? At least my whole life wasn’t in the vine.

13. What do adventurous pumpkins do for fun? Go bungee gourd jumping.

14. What do pumpkins call their family? Their pump-kin

15. What do you call a fat jack-o-lantern? A plumpkin.

16. What do you call a pumpkin that works at the beach? A life-gourd.

17. What do you call a pumpkin with sunglasses, a fur coat and a gold chain? A pimp-kin

18. What do you call an athletic pumpkin? A jock o’ lantern.

19. What do you call people who sail the globe and steal pumpkins? Pumpkin pie-rates

20. What do you call the master of pumpkin jokes? The pun-king

21. What do you get if you divide the circumference of a pumpkin by its diameter? Pumpkin Pi.

22. What do you get if you smash a pumpkin? Pumpkin squash

23. What kind of romance do pumpkins enjoy? A mushy romance.

25. What was the pumpkin doing at the gym? Pumpkin iron

28. What’s the problem with eating too much pumpkin pie this time of year? You’ll get autumn’y ache.

29. What’s the ratio of a pumpkin’s circumference to its diameter? Pumpkin pi.

30. When asked how he was feeling, what did the pumpkin say? “I’m vine, thanks!”

31. Where do pumpkins hold meetings? The gourdroom.

32. Where do pumpkins like to live? In the seedy part of town.

33. Who helps the little pumpkins cross the road safely? The crossing gourd.

34. Why do pumpkins perform so poorly in school? Because they had all their brains scooped out.

35. Why do pumpkins sit on people’s porches? They have no hands to knock on the door.

36. How do pumpkins great each other? With a fist pump-kin

Funny Pumpkin Jokes For All

37. How do you deal with a pumpkin addiction? Put on a pumpkin patch

38. What decorations did Michael Jackson put up on Halloween? Wacko Jacko Lanterns

39. What did the one pumpkin say to the other pumpkin on Halloween? Hello ween!

41. What did the pumpkin say to the guy carving him? Cut it out!

42. What do pumpkins call the time of year when they get hollowed out and turned into decorations? Hollow-ween

43. What do pumpkins do in Fall? Fall off the vine.

44. What do pumpkins say before they get baked? Good-pie

45. What do pumpkins wear on their feet? Pumps

46. What do you call a country bumpkin on Halloween? A country pumpkin

47. What do you need to carve out pumpkins on Halloween? A haunting license

48. What is black, white and orange? A penguin carrying a pumpking

50. What’s the best thing to put into a pumpkin pie? Your teeth.

51. What’s the pumpkin’s favorite Western? The Gourd, The Bad, and The Ugly.

52. Where is the best place to put your pumpkin? On a veggie-table

53. Which is the scariest Halloween pumpkin? Donald J Trumpkin

54. Who do pumpkins leave their possessions to? Their next of pump-kin

55. Who finds Halloween the scariest? Pumpkins

56. Who first discovered that hollowed out pumpkins can be used for light? Jack O’ Lantern

57. Who helps pumpkins cross the road? The crossing gourd

58. Who rules over the other pumpkins? The Pump King

59. Why are pumpkins great to make pie with? They’re filling

60. Why did everyone think the jack-o-lantern was evil? It had a wicked candle inside it.

61. Why did the pumpkin cross the road? It fell off the wagon

62. Why did the pumpkin go from orange to red? He saw the salad dressing

63. Why didn’t the Jack O’ Lantern do well at school? He was empty headed

64. Why don’t you eat pumpkin leaves? It leaves a bad taste in your mouth.

65. Why was Cinderella bad at football? Because she had a pumpkin for a coach.

184 Best Short Jokes For Everyone

66 Hilarious Turkey Jokes For Everyone