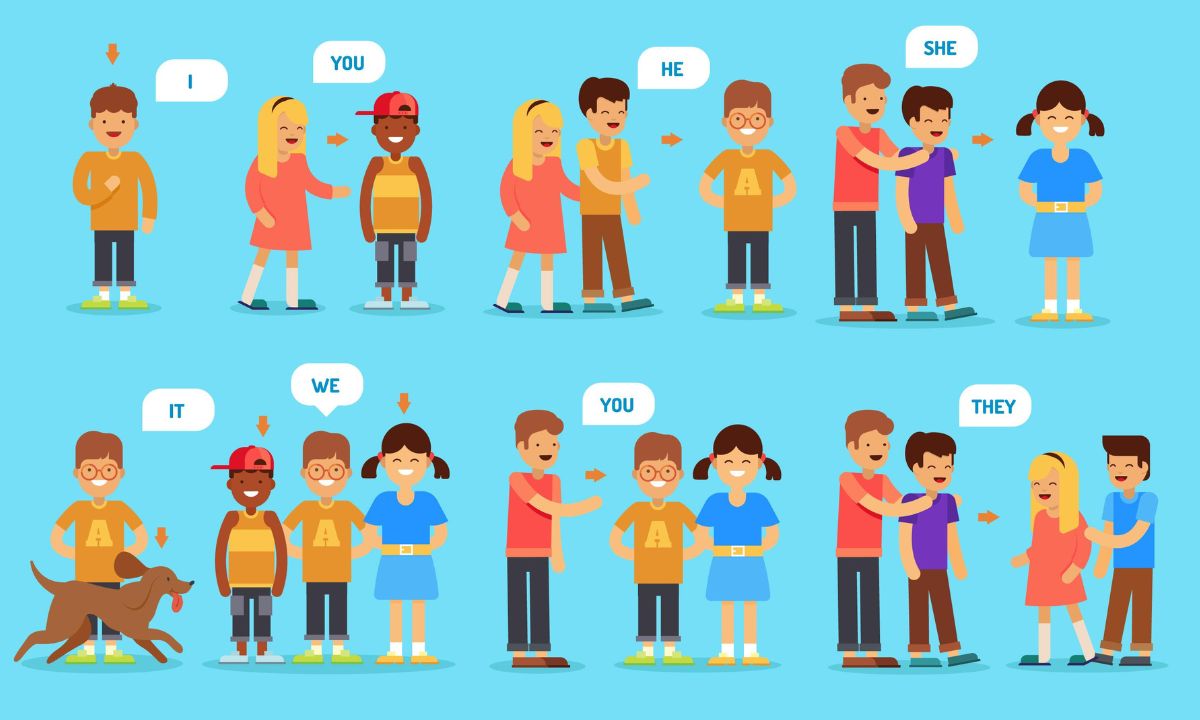 A pronoun is a word that is used in a sentence as a substitute for a noun or a noun phrase that has already been mentioned. We use pronouns in our everyday spoken sentences. Although we never pay attention to it but use it in our talking and writing. To know better about pronouns, you can read in detail about them below i.e. what is a pronoun, and types of pronouns with examples in sentences.

What is a pronoun?

A pronoun is a word that is used to refer to a noun or a noun phrase that has already been mentioned. The pronoun is one of the parts of speech. Pronouns refer to people, places, things, and concepts like nouns.

A pronoun is a word that is used to refer to a noun or a noun phrase that has already been mentioned. For example

There are many laborers working there. Laborers are working very hard to finish the work.

In both these sentences the word “laborers” is a noun. You can write these like this:

There are many laborers working there. They are working very hard to finish the work.

Meaning and definition of pronouns

According to Cambridge Dictionary, the pronoun is a word that is used instead of a noun or a noun phrase. Merriam-Webster stated that “any of a small set of words (such as I, she, he, you, it, we, or they) in a language that are used as substitutes for nouns or noun phrases and whose referents are named or understood in the context”.

Why do we use pronouns?

We use pronouns every day without even knowing it. This makes our speech even more exciting. For example:

Ram is Shyam’s brother. Ram is currently studying in school. Ram does not get up early in the morning. That’s why Ram gets very late going to school. Ram’s father has bought a cycle for Ram.

The noun “Ram” is used in each sentence of the above example. But look at the below example. Some other words have been used instead of the noun “Ram”.

Ram is Shyam’s brother. He is currently studying in school. He doesn’t get up early in the morning. That’s why he gets very late for school. His father has bought a cycle for him.

Why do we use pronouns in sentences:

Types of Pronouns With Examples:

There are various types of pronouns. These are personal, possessive, reflexive, reciprocal, demonstrative, indefinite, relative, and interrogative.

A personal pronoun is a word that replaces the name of a person. The personal pronouns are I, you, he, she, it, we, they, me, him, her, us, and they which replace the person’s name. Different forms vary according to the number, gender, and case of people.

Personal pronouns are categorized into 3 person categories with singular and plural forms.

Personal pronouns are also 2 cases categorized such as:

I saw Lily yesterday. Here “I” is used in the subject place.

I saw them yesterday. Here “they” is used in object place.

Possessive pronouns show possession. That means they show that you have something. For Example:

This house is mine.

Here, ‘Mine’ is a possessive pronoun. The pronoun ‘mine’ shows that this house belongs to me or my family.

The possessive pronouns are mine, yours, his, hers, its, ours, and theirs. They represent something that tells us who its owner is.

Why should I care about possessive pronouns?

If you want to show ownership of something, you can use the possessive pronoun.

Note: Don’t put an apostrophe in possessive nouns such as yours, hers, ours, and theirs. For Example:

This is our ball and that is theirs.

Reflexive pronouns are words ending in -self or -selves that are used when the subject and object of a sentence are the same. A reflexive pronoun is paired with another noun or pronoun to show it’s acting on itself.

The reflexive pronouns are myself, yourself, himself, herself, oneself, itself, themselves, ourselves, and yourselves.

Some reflexive pronoun examples in sentences:

I’ll do my work myself.

She looked at herself in the mirror.

We need to believe in ourselves more.

Why is it important to learn reflexive pronouns?

To avoid the incorrect use of reflexive pronouns in a compound subject or compound object in a sentence. For Example:

Anita and myself will conduct today’s meeting.

Note: When self is used independently, it is a noun, not a pronoun. For Example:

Self-trust is the first secret to success.

We love others too early, and self-love too late.

We use reciprocal pronouns when each of two or more subjects is acting in the same way toward the other. For example, A is talking to B, and B is talking to A. So, we say A and B are talking to each other.

When do we use reciprocal pronouns?

When two or more people, things, or groups are involved.

Some reciprocal pronoun examples in sentences:

John and Mary love each other.

We gave each other gifts.

Everyone shook hands with one another.

They can’t see each other.

A demonstrative pronoun is a pronoun that represents a noun and expresses its position as near or far (including time).

Some demonstrative pronoun examples in sentences:

There are 3 types of indefinite pronouns:

Each player has a doctor.

I met two girls. One has given me her phone number.

A relative pronoun is one that is used to refer to nouns mentioned previously, whether they are people, places, things, animals, or ideas. Relative pronouns can be used to connect two sentences. The pronouns are that, which, who, whom, and whose.

Some relative pronoun examples in sentences:

I saw the boy who had helped me.

I want to buy a car whose color is red.

Note: Who and whom can also be used to refer to animals that are mentioned by name and seen as a person.

Which way to go?

Who is leaving first?

What are Countable Nouns? Definition And Examples