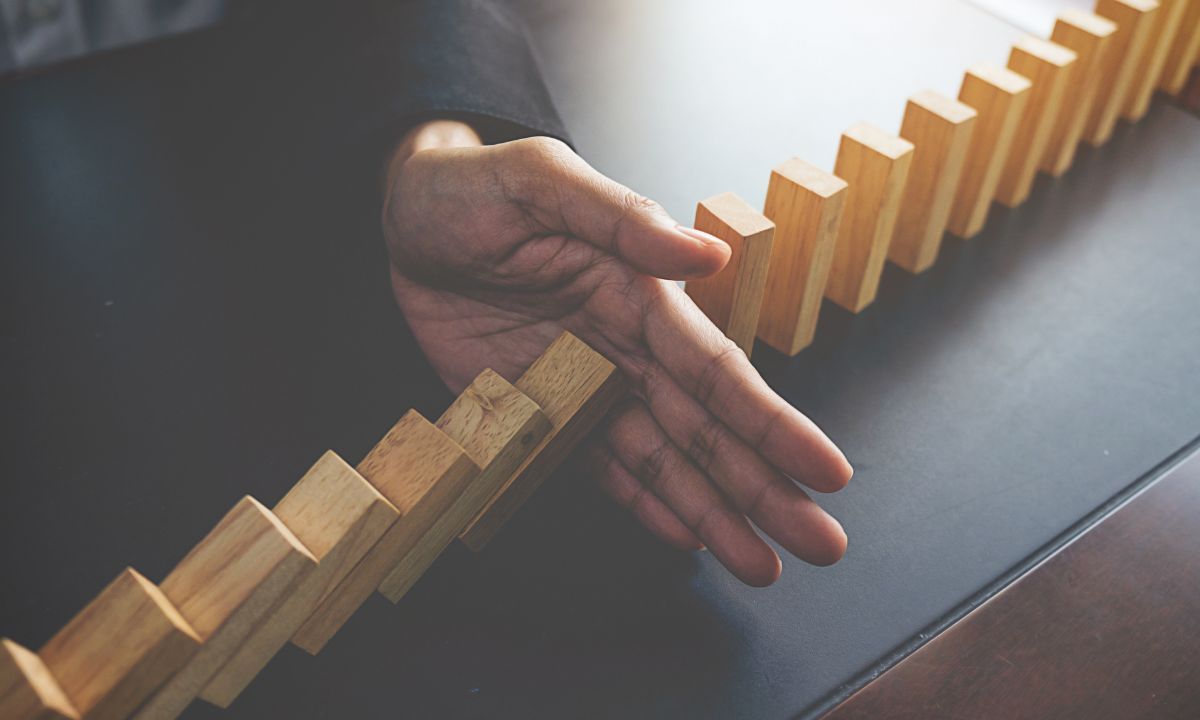 Failure is a better teacher for us than success. Because it gives us an opportunity to know the reason why we did not get success, what is the reason behind it. You have to try harder to get success. Here we have shared some best inspirational lessons from failure quotes that will tell you how to learn from your failure and try again to achieve success.

2. “A failure is not always a mistake, it may simply be the best one can do under the circumstances. The real mistake is to stop trying.” ― B. F. Skinner

3. “Winning is great, sure, but if you are really going to do something in life, the secret is learning how to lose. Nobody goes undefeated all the time. If you can pick up after a crushing defeat, and go on to win again, you are going to be a champion someday.” ― Wilma Rudolph

4. “Success is often achieved by those who don’t know that failure is inevitable.” ― Coco Chanel

5. “If you’re not failing every now and again, it’s a sign you’re not doing anything very innovative.” ― Woody Allen

7. “Success represents the 1% of your work which results from the 99% that is called failure.” ― Soichiro Honda

8. “For every failure, there’s an alternative course of action. You just have to find it. When you come to a roadblock, take a detour.” ― Mary Kay Ash

9. “Remember that failure is an event, not a person.” ― Zig Ziglar

10. “We may be personally defeated, but our principles never!” ― William Lloyd Garrison

11. “There are no secrets to success. It is the result of preparation, hard work, and learning from failure.” ― Colin Powell

13. “Honesty is the fastest way to prevent a mistake from turning into a failure.” ― James Altucher

14. “Develop success from failures. Discouragement and failure are two of the surest stepping stones to success.” ― Dale Carnegie

15. “Failure doesn’t mean you are a failure it just means you haven’t succeeded yet.” ― Robert H. Schuller

16. “Failure is only postponed success as long as courage ‘coaches’ ambition. The habit of persistence is the habit of victory.” ― Herbert Kaufman

17. “Do not fear failure but rather fear not trying.” ― Roy T. Bennett

18. “You may encounter many defeats, but you must not be defeated. In fact, it may be necessary to encounter the defeats, so you can know who you are, what you can rise from, how you can still come out of it.” ― Maya Angelou

19. “Success is most often achieved by those who don’t know that failure is inevitable.” ― Coco Chanel

20. “Failure is the condiment that gives success its flavor.” ― Truman Capote

21. “Don’t spend time beating on a wall, hoping to transform it into a door. ” ― Coco Chanel

24. “Don’t worry about being effective. Just concentrate on being faithful to the truth.” ― Dorothy Day

26. “If you are afraid to fail, your successes will be few, common, and unmemorable.” ― Lorii Myers

27. “Both half success and half failure must be considered as a full failure!” ― Mehmet Murat ildan

28. “Many people who became successful were once first-time global failures. But because they didn’t give up on their dreams, failure could not sink them. They triumphed at last!” ― Israelmore Ayivor

29. “I make mistakes like the next man. In fact, being–forgive me–rather cleverer than most men, my mistakes tend to be correspondingly huger.” ― J.K. Rowling

30. “Every adversity, every failure, every heartache carries with it the seed of an equal or greater benefit.” ― Napoleon Hill

31. “Failure is a bend in the road, not the end of the road. Learn from failure and keep moving forward.” ― Roy T. Bennett

32. “Winners are not afraid of losing. But losers are. Failure is part of the process of success. People who avoid failure also avoid success.” ― Robert T. Kiyosaki

33. “All men make mistakes, but a good man yields when he knows his course is wrong and repairs the evil. The only crime is pride.” ― Sophocles

34. “There is only one thing that makes a dream impossible to achieve: the fear of failure.” ― Paulo Coelho

36. “Science, my lad, is made up of mistakes, but they are mistakes which it is useful to make because they lead little by little to the truth.” ― Jules Verne

Quotes For Learning From Failure

37. “The greatest glory in living lies not in never falling, but in rising every time we fall.” ― Ralph Waldo Emerson

38. “A man can fail many times, but he isn’t a failure until he begins to blame somebody else.” ― John Burroughs

39. “Failures, repeated failures, are finger posts on the road to achievement. One fails forward toward success.” ― C. S. Lewis

40. “You always pass failure on your way to success.” ― Mickey Rooney

41. “Do not be embarrassed by your failures, learn from them and start again.” ― Richard Branson

43. “Failure is not a single, cataclysmic event. You don’t fail overnight. Instead, failure is a few errors in judgment, repeated every day.” ― Jim Rohn

44. “Failure is the condiment that gives success its flavor.” ― Truman Capote

45. “My fault, my failure, is not in the passions I have, but in my lack of control of them.” ― Jack Kerouac

46. “Failure happens all the time. It happens every day in practice. What makes you better is how you react to it.” ― Mia Hamm

49. “Failure will never overtake me if my determination to succeed is strong enough.” ― Og Mandino

51. “The only real failure in life is not to be true to the best one knows.” ― Buddha

52. “Failure is success if we learn from it.” ― Malcolm Forbes

53. “Failure is instructive. The person who really thinks learns quite as much from his failures as from his successes.” ― John Dewey

54. “It’s fine to celebrate success but it is more important to heed the lessons of failure.” ― Bill Gates

55. “I can accept failure, everyone fails at something. But I can’t accept not trying.” ― Michael Jordan

56. “Failure is the key to success; each mistake teaches us something.” ― Morihei Ueshiba

57. “Every failure is a step to success.” ― William Whewell

58. “Failure should be our teacher, not our undertaker. Failure is a delay, not defeat. It is a temporary detour, not a dead end. Failure is something we can avoid only by saying nothing, doing nothing, and being nothing.” ― Denis Waitley

59. “Do not fear mistakes. You will know failure. Continue to reach out.” ― Benjamin Franklin

62. “Never walk away from failure. On the contrary, study it carefully and imaginatively for its hidden assets.” ― Michael Korda

63. “Don’t be afraid of missing opportunities. Behind every failure is an opportunity somebody wishes they had missed.” ― Lily Tomlin

64. “Success depends upon previous preparation, and without such preparation, there is sure to be a failure.” ― Confucius

65. “Failure is a great teacher, and I think when you make mistakes and you recover from them and you treat them as valuable learning experiences, then you’ve got something to share.” ― Steve Harvey

66. “If you’re so afraid of failure, you will never succeed. You have to take chances.” ― Mario Andretti

67. “When we tackle obstacles, we find hidden reserves of courage and resilience we did not know we had. And it is only when we are faced with failure do we realize that these resources were always there within us. We only need to find them and move on with our lives.” ― A. P. J. Abdul Kalam

68. “The road to success and the road to failure are almost exactly the same.” ― Colin R. Davis

69. “We learn wisdom from failure much more than from success. We often discover what will do, by finding out what will not do; and probably he who never made a mistake never made a discovery.” ― Samuel Smiles

70. “Failure comes only when we forget our ideals and objectives and principles.” ― Jawaharlal Nehru

71. “Failure is central to engineering. Every single calculation that an engineer makes is a failure calculation. Successful engineering is all about understanding how things break or fail.” ― Henry Petroski