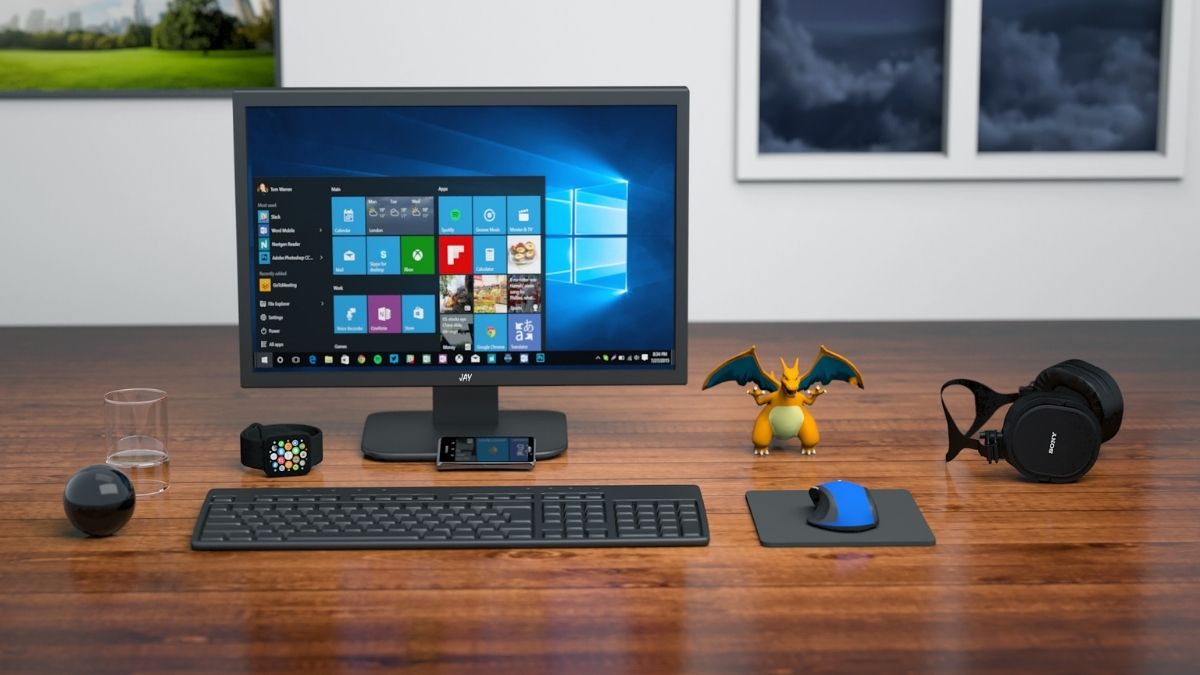 The computer has become a part of our life. Whether in our personal life, in the workplace, or in any other field, computers are used everywhere. It has made everything very easy. Everything work is completed easily without wasting much time. The inspiring computer quotes will help us to know the importance of computers. Let’s read the collection of the best inspiring computer quotes that will help you to know the importance of this great tool that has changed our life.

1. “A computer once beat me at chess, but it was no match for me at kickboxing.” ― Emo Philips

2. “A wonderful thing about a book, in contrast to a computer screen, is that you can take it to bed with you.” ― Daniel J. Boorstin

3. “Access to computers and the Internet has become a basic need for education in our society.” ― Kent Conrad

4. “As a rule, software systems do not work well until they have been used, and have failed repeatedly, in real applications.” ― Dave Parnas

5. “Bill Gates is the pope of the personal computer industry. He decides who’s going to build.” ― Larry Ellison

6. “Computer science is no more about computers than astronomy is about telescopes.” ― Edsger Dijkstra

7. “Computer science is one of the worst things that ever happened to either computer or to science.” ― Neil Gershenfeld

8. “Computers and electronic music are not the opposite of warm human music. It’s exactly the same.” ― Bill Laswell

9. “Computers are extremely helpful and amazing for a multitude of scientific areas, but for me, when it comes to creation, they are insufficient and slow. Therefore, all of my efforts are to stay away from that beast.” ― Vangelis

10. “Computers are famous for being able to do complicated things starting from simple programs.” ― Seth Lloyd

11. “Computers are great tools, but they need to be applied to the physical world.” ― Tony Fadell

12. “Computers are hierarchical. We have a desktop and hierarchical files which have to mean everything.” ― Ted Nelson

13. “Computers are like Old Testament gods; lots of rules and no mercy.” ― Joseph Campbell

14. “Computers are magnificent tools for the realization of our dreams, but no machine can replace the human spark of spirit, compassion, love, and understanding.” ― Louis V. Gerstner, Jr.

15. “Computers are to design as microwaves are to cooking.” ― Milton Glaser

16. “Computers are useless. They can only give you answers.” ― Pablo Picasso

17. “Computers are very powerful tools, but in the simulated world of the computer, everything has to be calculated.” ― Margaret Wertheim

20. “Computers have become more friendly, understandable, and lots of years and thought have been put into developing software to convince people that they want and need a computer.” ― Roberta Williams

22. “Computers let people avoid people, going out to explore. It’s so different to just open a website instead of looking at a Picasso in a museum in Paris.” ― Raf Simons

25. “Computers may save time but they sure waste a lot of paper. About 98 percent of everything printed out by a computer is garbage that no one ever reads.” ― Andy Rooney

26. “Computers tend to separate us from each other – Mum’s on the laptop, Dad’s on the iPad, teenagers are on Facebook, toddlers are on the DS, and so on.” ― Tom Hodgkinson

27. “Computers themselves, and software yet to be developed, will revolutionize the way we learn.” ― Steve Jobs

28. “Computers will understand sarcasm before Americans do.” ― Geoffrey Hinton

29. “Even in the developing parts of the world, kids take to computers like fish to water.” ― Nicholas Negroponte

30. “Even when I work with computers, with high technology, I always try to put in the touch of the hand.” ― Issey Miyake

31. “Every piece of software written today is likely going to infringe on someone else’s patent.” ― Miguel de Icaza

33. “Home computers are being called upon to perform many new functions, including the consumption of homework formerly eaten by the dog.” ― Doug Larson

35. “I think computer viruses should count as life. I think it says something about human nature that the only form of life we have created so far is purely destructive. We’ve created life in our own image.” ― Stephen Hawking

36. “I think computers are the ultimate writing tool. I’m a very slow writer, so I appreciate it every day.” ― Sherry Turkle

37. “I think it’s fair to say that personal computers have become the most empowering tool we’ve ever created. They’re tools of communication, they’re tools of creativity, and they can be shaped by their user.” ― Bill Gates

39. “If you like overheads, you’ll love PowerPoint.” ― Edward Tufte

40. “If your computer speaks English, it was probably made in Japan.” ― Alan Perlis

41. “In computing, turning obvious into the useful is a living definition of the word ‘frustration’.” ― Alan Perlis

42. “In short, the software is eating the world.” ― Marc Andreessen

44. “Man is still the most extraordinary computer of all.” ― John F. Kennedy

45. “Modern people are only willing to believe in their computers, while I believe in me.” ― Alain Robert

46. “Nanotechnology will let us build computers that are incredibly powerful. We’ll have more power in the volume of a sugar cube than exists in the entire world today.” ― Ralph Merkle

47. “Never trust a computer you can’t throw out a window.” ― Steve Wozniak

48. “No one messes around with a nerd’s computer and escapes unscathed.” ― E.A. Bucchianeri

49. “Our computers have become windows through which we can gaze upon a world that is virtually without horizons or boundaries.” ― Joseph B. Wirthlin

51. “Personal computers were created by some teenagers in garages because the wisdom of the computer industry was that people didn’t want these little toys on their desk.” ― Howard Rheingold

53. “Science is what we understand well enough to explain to a computer; art is everything else.” ― Donald E. Knuth

54. “Some people today are wandering generalities instead of meaningful specifics because they have failed to discover and mine the wealth of potentials in them.” ― Ifeanyi Enoch Onuoha

55. “Supercomputers will achieve one human brain capacity by 2010, and personal computers will do so by about 2020.” ― Ray Kurzweil

56. “The basis of computer work is predicated on the idea that only the brain makes decisions and only the index finger does the work.” ― Brian Eno

57. “The digital revolution is far more significant than the invention of writing or even of printing.” ― Douglas Engelbart

59. “The internet could be a very positive step towards education, organization, and participation in a meaningful society.” ― Noam Chomsky

61. “The Internet is not just one thing, it’s a collection of things – of numerous communications networks that all speak the same digital language.” ― James H. Clark

62. “The Internet: transforming society and shaping the future through chat.” ― Dave Barry

63. “The most important thing about a technology is how it changes people.” ― Jaron Lanier

65. “The only legitimate use of a computer is to play games.” ― Eugene Jarvis

66. “The power of the computer is starting to spread.” ― Bill Budge

69. “The software comes from heaven when you have good hardware.” ― Ken Olsen

70. “There is no reason for any individual to have a computer in his home.” ― Ken Olsen

71. “To err is human, but to really foul things up you need a computer.” ― Paul R. Ehrlich

72. “Treat your password like your toothbrush. Don’t let anybody else use it, and get a new one every six months.” ― Clifford Stoll

73. “We’re entering a new world in which data may be more important than software.” ― Tim O’Reilly

74. “What a computer is to me is the most remarkable tool that we have ever come up with. It’s the equivalent of a bicycle for our minds.” ― Steve Jobs

75. “When computers came along, I felt for the first time that I had the proper tools for the kind of theoretical work I wanted to do. So I moved over to that, and that got me into psychology.” ― Herbert A. Simon

76. “When computers came online and people found out people weren’t mixing there was uproar and outed. But now that hasn’t happened. People don’t seem to care.” ― Erick Morillo

77. “When people think about computer science, they imagine people with pocket protectors and thick glasses who code all night.” ― Marissa Mayer

78. “Writing is a lot like making soup. My subconscious cooks the idea, but I have to sit down at the computer to pour it out.” ― Robin Wells

We hope you liked the above Best Computer Quotes. Do not forget to mention your favourite line in the comment box below. Also, you can join our Motivational Instagram page to get daily positive lines or you can visit our Pinterest page to get motivational images.

67 Best Rise Up Quotes to wake up and succeed