What is a Noun? Various Types of Nouns 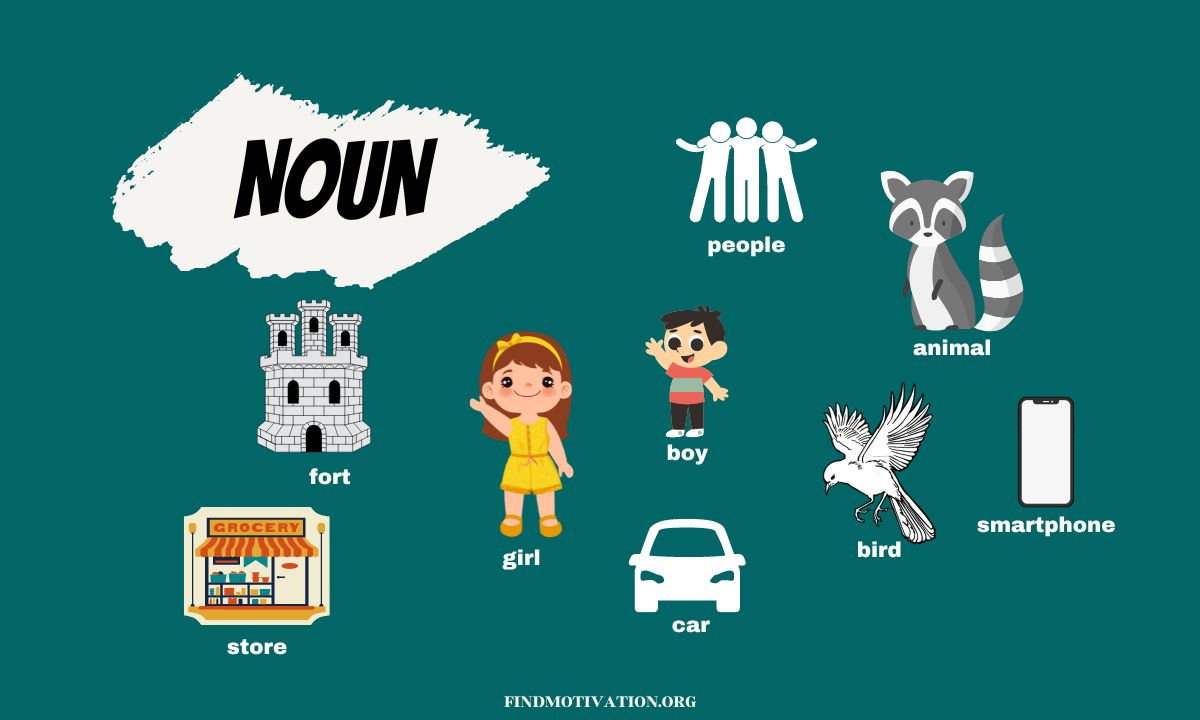 There are many things and concepts around us that have a name. The name is used so that the thing or person can be identified. Everyone in the world has a name. This name is called Noun. In this post, we are going to learn about what is a noun, how can you identify a noun and various types of nouns.

What is a noun?

A noun is a word that works as a name. It can be the name of living beings such as a person, tree, or animal, and other objects such as place, thing, feeling, or idea. That’s why a noun is also called a naming word.

For example, Ram is playing football.

Let us look at this definition in detail to understand better what a noun is.

Here are some examples of nouns.

These names refer to a specified person or their groups.

Nouns as thing’s name: There are many things around you such as a chair, table, lamp, book, pen, pencil, geometry box, mixer, refrigerator, cupboard, banana, apple, etc.

How many types of nouns are there?

A noun that has a specific name is called a special noun or proper noun. The proper noun identifies the name of a particular person, place, or thing.

Ricky is the name of a boy and it is a proper noun.

New Delhi is the capital of India.

A common noun is a name that is given to people, places, or things in general.

Kavita is a girl.

Kavita is a proper noun whereas “girl” is a common noun.

A concrete noun is a noun that refers to people and things that can be seen, touched, smelled, and heard. It has physical existence.

The building is very tall.

Here “building” is the concrete noun.

Here, “car” is the concrete noun because you can see and touch it.

An abstract noun is a word that names an idea, quality, thought, or feeling. It has no physical reality. It refers to conditions that can not be seen or touched.

Here “truth” is the abstract noun.

Some common nouns have a special name when they are in a group. A collective noun refers to a word used to name a group of people, animals, or things.

A swarm of flies.

Here “swarm” is the collective noun used to refer to the group of flies.

A band of musicians

Here “band” is the collective noun used to refer to a group of musicians.

Read the examples of collective nouns.

A countable noun can be written with a number. It refers to something that can be counted. It has singular and plural forms.

There are four chairs.

There is a little water in the glass.

The Evolution of Communication System Over Time

What are Abstract Nouns? Examples And Formation