55 Best ‘His Eyes’ Quotes from books 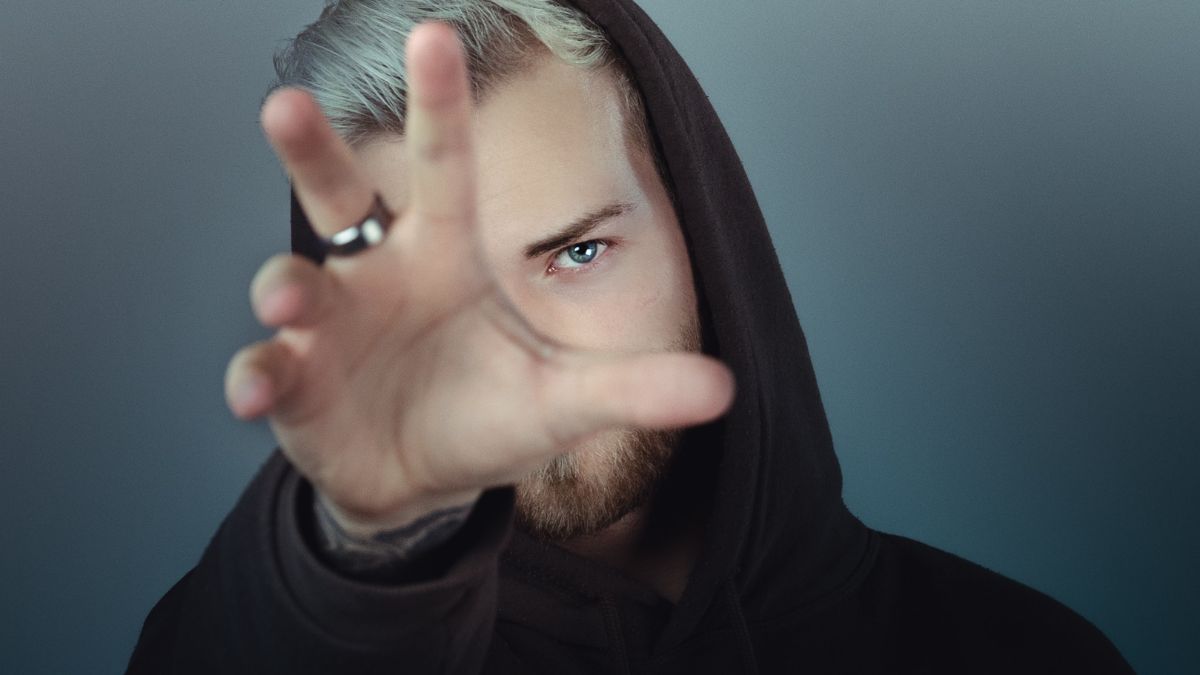 Find here the collection of some best inspiring ‘his eyes’ quotes that are collected from various books.

1. “A man can see a hundred women, lust for a thousand more, but it is one scent that will open his eyes and turn him to love.” ― C.S. Richardson, The End of the Alphabet

3. “Although the astronomical event of a lifetime was playing out right before his eyes, he was looking only at her.” ― Kass Morgan, The Hundred

4. “And now – Plato’s words mock me in the shadows on the ledge behind the flames: ‘…the men of the cave would say of him that up he went and down he came without his eyes.” ― Daniel Keyes, Flowers for Algernon

5. “But please, when you see an opportunity…” He presses his hand to my cheek, cold and strong, and tilts my head up so I have to look at him. His eyes glint. They almost look predatory. “Ruin them.” ― Veronica Roth, Divergent

6. “Come in. And try not to murder any of my guests.” Jace edged into the doorway, sizing up Magnus with his eyes. “Even if one of them spills a drink on my new shoes?” “Even then.” ― Cassandra Clare, City of Bones

7. “Every time a book changes hands, every time someone runs his eyes down its pages, its spirit grows and strengthens.” ― Carlos Ruiz Zafon

8. “Everyone is asleep. They’ve all been asleep for years. You seemed … awake.’ Alex is whispering now. He closes his eyes, opens them again. ‘I’m tired of sleeping.” ― Lauren Oliver, Delirium

9. “Everything had come into sharp focus: his smooth words, his black, glinting eyes, his broad experience with lies, seduction, women. I’d fallen in love with the devil.” ― Becca Fitzpatrick, Crescendo

10. “For a small moment, I fix my eyes on his, telling him silently everything that I’ll never say to him aloud.” ― Marie Lu, Champion

11. “He can’t take his eyes off of her. She’s the most magnificent thing he’s ever seen.” ― R.F. Kuang, The Drowning Faith

12. “He closed his eyes. “I’m so tired, Tess,” he said. “I only wanted pleasant dreams for once.” “That is not the way to get them, Will,” she said softly. “You cannot buy or drug or dream your way out of pain.” ― Cassandra Clare, Clockwork Prince

Romantic Quotes about his eyes

13. “He looked at her and for a moment she lived in the bright blue worlds of his eyes, eagerly and confidently.” ― F. Scott Fitzgerald, Tender Is the Night

14. “He looks up at my approach and the second my eyes meet with his, whatever sense I had just talked myself into, packs its bags and fucks off, leaving me to the mercy of my hormones.” ― Samantha Towle, The Mighty Storm

15. “He presses his mouth to the pulse point of my wrist, racing in time with my heart. “Mock me all you like. Whatever I imagined then, now it is I who would beg and grovel for a kind word from your lips.” His eyes are black with desire. “By you, I am forever undone.” ― Holly Black, The Queen of Nothing

16. “He scanned my face with careful hope in his eyes. “You love me?” “It’s the tattoos,” I shrugged. A wide smile stretched across his face, making his dimple sink into his cheek.” ― Jamie McGuire, Beautiful Disaster

17. “He sighed and then focused his eyes right on me. It was like drowning, drowning in seas of green. There was nothing in the world except for those eyes. “I want to kiss you, Rose,” he said softly. “And I want you to want me too.” ― Richelle Mead, Shadow Kiss

18. “He smiles in my memory. A curled lip. Straight teeth. Light in his eyes. Laughing, teasing, more alive in memory than I m in reality. It was him or me. I chose me. But I feel dead too.” ― Veronica Roth, Divergent

19. “He that has eyes to see and ears to hear may convince himself that no mortal can keep a secret. If his lips are silent, he chatters with his fingertips; betrayal oozes out of him at every pore.” ― Sigmund Freud, Introductory Lectures on Psychoanalysis

20. “He who is in love is wise and is becoming wiser, sees newly every time he looks at the object beloved, drawing from it with his eyes and his mind those virtues which it possesses.” ― Ralph Waldo Emerson

21. “His eyes – those silver eyes that would probably haunt her for the rest of her life – were bright. “No matter what I have done, I really do love you, Celaena.” The word hit her like a stone to the head. He’d never said that word to her before. Ever. A long silence fell between them.” ― Sarah J. Maas, The Assassin and the Empire

22. “His eyes are blue, and blue eyes up close are a celestial phenomenon: nebulae as seen through telescopes, the light of unnamed stars diffused through dusts and elements and endlessness. Layers of light. Blue eyes are starlight.” ― Laini Taylor, Night of Cake & Puppets

23. “His eyes are peculiar. There is nothing in them, like an eclair without the cream filling. It’s wrong, lack of cream.” ― Gail Carriger, Blameless

26. “His eyes burned violet – not with anger but with intense desire. The kind of look that made you love a person so much, you missed him even when he was standing right in front of you.” ― Lauren Kate, Torment

28. “His eyes moved over my face again before they caught mine and he whispered back, “Gone for you.” ― Kristen Ashley, Own the Wind

29. “His eyes softened. “But it doesn’t change what we are to each other. It’s like there’s always been a piece of my soul missing, and it’s inside you, Clary. I know I told you once that whether God exists or not, we’re on our own. But when I’m with you, I’m not.” ― Cassandra Clare, City of Lost Souls

30. “His eyes were eggs of unstable crystal, vibrating with a frequency whose name was rain and the sound of trains, suddenly sprouting a humming forest of hair-fine glass spines.” ― William Gibson, Neuromancer

31. “His eyes were frighteningly alive, the curve of his mouth savage and pleased. It suddenly didn’t seem at all surprising that he should be able to pull things from his dreams. In that moment, Blue was a little in love with all of them. Their magic. Their quest. Their awfulness and strangeness. Her raven boys.” ― Maggie Stiefvater, The Dream Thieves

32. “His eyes were the same colour as the sea in a postcard someone sends you when they love you, but not enough to stay.” ― Warsan Shire

Best Quotes about love in his eyes

34. “How rude. Many who have gazed upon me have compared the experience to gazing at the radiance of the sun.” Jem still had his eyes closed. “If they mean it gives you a headache, they aren’t wrong.” ― Cassandra Clare, Clockwork Angel

36. “I don’t want her, he said, staring at my lips. I’m just so fucking unhappy, Pigeon. His eyes glossed over and he leaned in, tilting his head to kiss me.” ― Jamie McGuire, Beautiful Disaster

37. “I have no right to say or do anything that diminishes a man in his own eyes. What matters is not what I think of him but what he thinks of himself. Hurting a man in his dignity is a crime.” ― Antoine de Saint-Exupéry

38. “I love these pet names,” she said, gazing soulfully up into his eyes, “Nitwit. Sap skull. Termagant. How they make my heart flutter!” ― Loretta Chase, Lord of Scoundrels

40. “It’s only when he finds my face that he meets my gaze; I step into the sea of blue in his eyes, dive right in and drown.” ― Tahereh Mafi, Unravel Me

41. “It’s funny how he refuses to make eye contact during sex yet can’t seem to keep his eyes off me the rest of the time.” ― Colleen Hoover, Ugly Love

43. “Look at me. Look into my eyes.” His eyes fixed on hers as they fluttered open. “I’ll give you anything. My body, my soul, Take them. Take everything.” ― Sylvain Reynard, Gabriel’s Inferno

44. “No wonder Van Gogh blasted his head off. Crows and sunlight. Idle zero. Zero eating your guts like an animal inside, letting you shit and fuck and blink your eyes, but nothing, a nothing.” ― Charles Bukowski, Screams from the Balcony

45. “Obstacles are things a person sees when he takes his eyes off his goal.” ― E. Joseph Cossman

46. “Patch’s eyes were slate black, darker than a million secrets stacked on top of each other. He dropped his gaze to the ring in his hand, turning it over slowly. “Swear you’ll never stop loving me,” I whispered. Ever so slightly, he nodded.” ― Becca Fitzpatrick, Crescendo

47. “People felt themselves watching him even before they knew that there was anything different about him. His eyes made a person think that he heard things that no one else had ever heard, that he knew things no one had ever guessed before. He did not seem quite human.” ― Carson McCullers, The Heart Is a Lonely Hunter

48. “Tell me you’ll come back for the pack. For me.” His eyes were bright with tears. “I don’t want to lose you.” ― Andrea Cremer, Nightshade

49. “The artist must train not only his eye but also his soul.” ― Wassily Kandinsky

50. “The creature has a purpose, and his eyes are bright with it.” ― John Keats

52. “The worst evil which can befall the artist is that his work should appear good in his own eyes.” ― Leonardo da Vinci

53. “What is a television apparatus to man, who has only to shut his eyes to see the most inaccessible regions of the seen and the never seen, who has only to imagine in order to pierce through walls and cause all the planetary Baghdads of his dreams to rise from the dust.” ― Salvador Dali

54. “Would you die for her?’ I almost stopped breathing. I could feel his eyes on me. ‘I do. Every day.” ― Jessica Shirvington, Emblaze

55. “You love me,” I whisper. His eyes widen further and his mouth opens. He takes a huge breath as if winded. He looks tortured—vulnerable. “Yes,” he whispers. “I do.” ― E.L. James, Fifty Shades Darker

61 Best Her Eyes Quotes To See Her Beauty