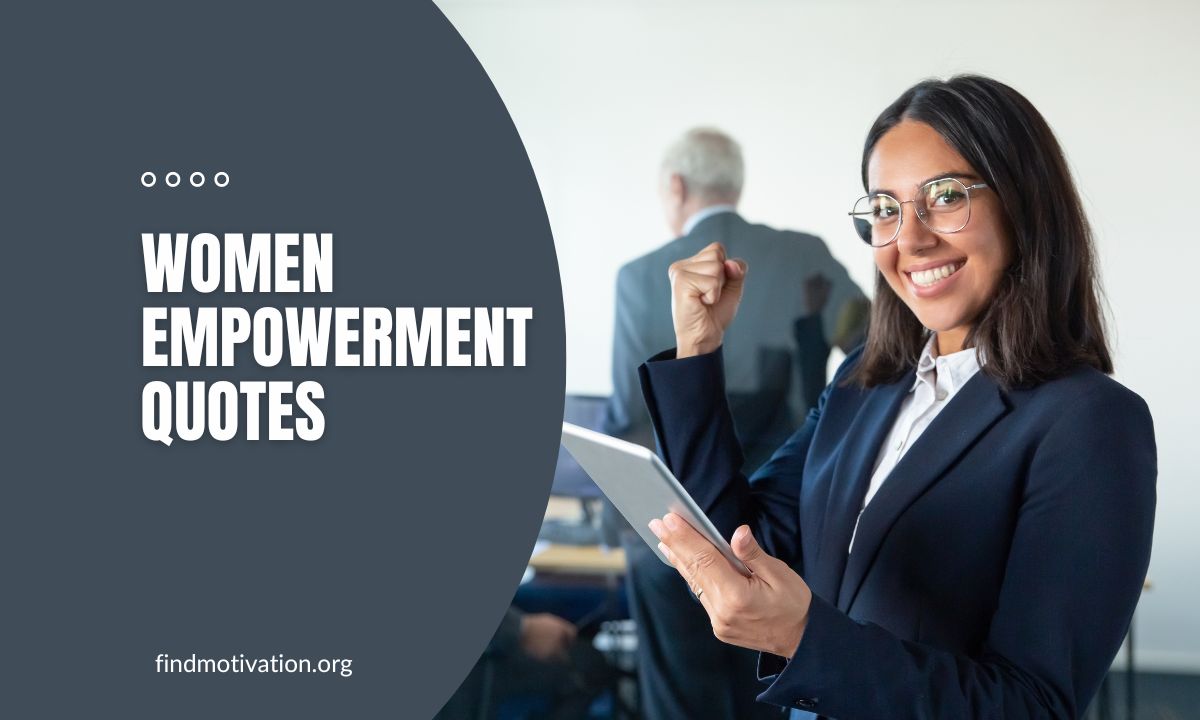 Women’s empowerment is a vital topic that is crucial to the progress of society. These quotes about women empowerment serve as powerful reminders of the strength and capabilities of women, and the importance of creating a world where they are given equal opportunities and rights. They are a call to action for individuals and communities to work together to break down barriers and empower women to reach their full potential. These women empowerment quotes remind us that when women are empowered, the entire world benefits.

You can also read other quotes such as Human Rights Quotes and Consent Quotes.

1. “Think like a queen. A queen is not afraid to fail. Failure is another stepping stone to greatness.” ― Oprah Winfrey

2. “Women are the real architects of society.” ― Cher

3. “I am no bird, and no net ensnares me: I am a free human being with an independent will.” ― Charlotte Brontë

5. “Woman is the actual engineer of our society because of her standard, not her attitude I can’t relax while any woman is unfree.” ― Richard B. Gotzen

6. “There is a stubbornness about me that never can bear to be frightened at the will of others. My courage always rises at every attempt to intimidate me.” ― Jane Austen

8. “A woman knows very well that, though a wit sends her his poems, praises her judgment, solicits her criticism, and drinks her tea, this by no means signifies that he respects her opinions, admires her understanding, or will refuse, though the rapier is denied him, to run through the body with his pen.” ― Virginia Woolf

10. “As usual, there is a great woman behind every idiot.” ― John Lennon

11. “No woman really wants a man to carry her off; she only wants him to want to do it.” ― Elizabeth Peters

12. “The strength of a woman lies in her intuition and femininity which when harnessed through proper education, give her the autonomy and power to participate in democracy and leadership. Women’s economic empowerment is a promise of a better and sustainable future.” ― Njau Kihia

13. “A woman with a voice is, by definition, a strong woman.” ― Melinda Gates

14. “Give a girl an education and introduce her properly into the world, and ten to one but she has the means of settling well, without further expense to anybody. ” ― Jane Austen

15. “When a woman becomes her own best friend life is easier.” ― Diane Von Furstenberg

16. “As women, we must have our weapons in this world, whether they’re our minds or our fists or our wiles or our tears.” ― Laura Sebastian

17. “Do not stop thinking of life as an adventure. You have no security unless you can live bravely, excitingly, imaginatively; unless you can choose a challenge instead of competence.” ― Eleanor Roosevelt

18. “Women leading and building businesses on their own terms are helping all people create momentum and rise.” ― Jane Finette

19. “One of the most powerful things you can do is teach the importance of networking to a young woman in your world.” ― Jane Finette

20. “Every woman has within herself the power to do whatever she puts her mind to.” ― Adriana Vanderlinde

22. “Financial Empowerment is the new feminism. Women can’t be fully empowered until they are financially empowered.” ― Keisha Blair

23. “The things that have helped me grow to be softer have actually made me more powerful.” ― Victoria Montgomery Brown

24. “A woman with a strong sense of personal power is self-confident enough to accurately identify her strengths as well as her blind spots, which she is continually working to improve.” ― Stacey Radin

Image by pch.vector on Freepik

What is a Proper Noun? Rules With Examples 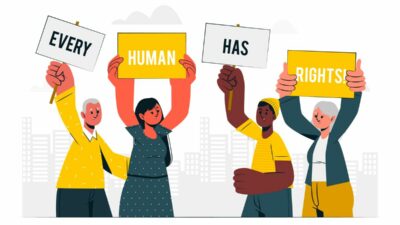