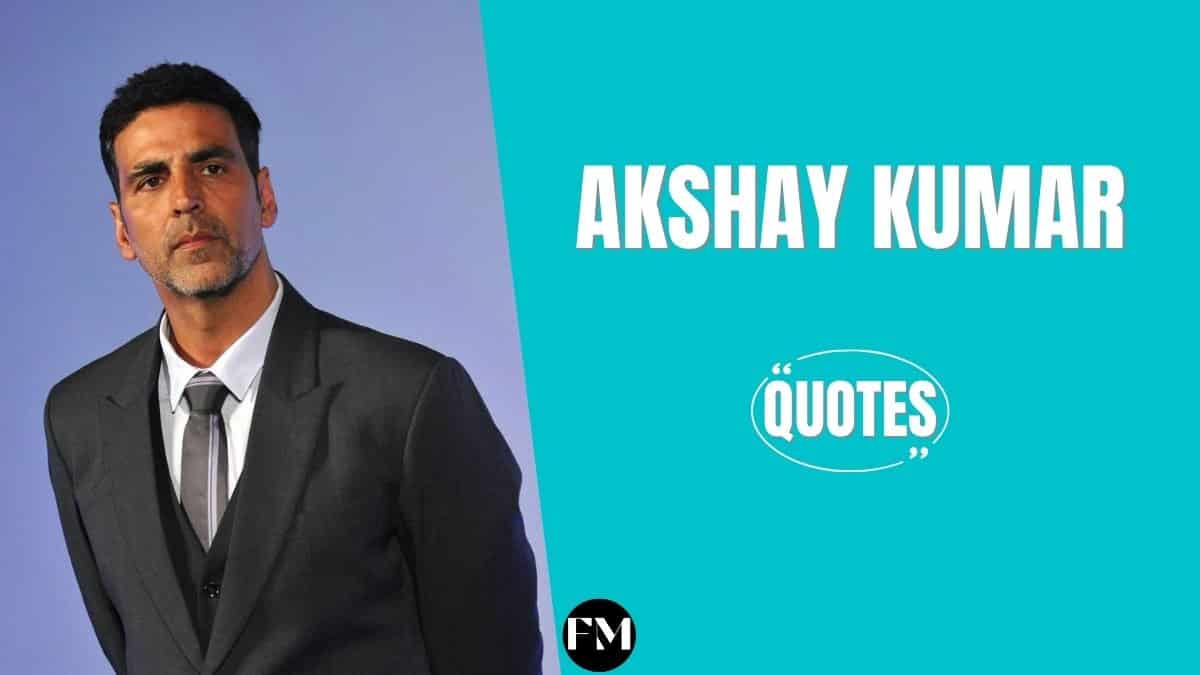 Who is Akshay Kumar?

Akshay Kumar is a famous actor, a producer who works in the Bollywood film industry. His original name is Rajiv Hari Om Bhatia. He appeared in more than 100 films in his 29-year film career. His 52 films out of 113 have been successful at the box office.

How was Akshay Kumar’s life journey?

Akshay Kumar was born on 9 September 1967 in Amritsar, Punjab. His father is Hari Om Bhatia was an army officer and his mother Aruna Bhatia. He left his college education because he was not much interested in studies. Akshay Kumar was very much interested in sports at a young age. He is also interested to learn martial arts. He learned martial arts in Bangkok and Thai Boxing in Thailand and worked as a chef and waiter. Then Akshay Kumar started his modeling career, got some modeling assignments for a furniture showroom. He also worked as a background dancer in various films.

What has Akshay Kumar achieved in his life?

Akshay Kumar is Popularly known as the “Khiladi” of the Bollywood Industry. He has won several awards, including 1 National Film Award. He was the first Bollywood actor whose films’ domestic net lifetime collections crossed ₹20 billion by 2013, and ₹30 billion by 2016. He has received the award Padma Shri by the Government of India for his contribution to art.

1. “I’m not hungry for success. I am only hungry for good work, and that is how it is with most superstars.” ― Akshay Kumar

2. “Every day I tell myself how fortunate I am to be where I am.” ― Akshay Kumar

3. “When you taste super-success after tasting super-failure, there is a huge relief.” ― Akshay Kumar

5. “I’m glad that I’m being acclaimed as an actor. Today, when my hard work has paid off I can chill out about it.” ― Akshay Kumar

6. “I see the friends I made over the years who have become family today, people I became acquainted with who have achieved so much in their lives. They taught me something with each meeting.” ― Akshay Kumar

7. “I’d never do a film that would hurt anyone’s sentiments, be it Indian or not.” ― Akshay Kumar

8. “Youth is a lifestyle; it’s not a blessing from God.” ― Akshay Kumar

9. “If we treat our bodies as if they are not the most precious things we possess, then obviously we will show wear and tear.” ― Akshay Kumar

10. “We’re like a good pair of jeans. If we take care of them, they’ll remain classic forever, but if we batter and abuse them they’ll look like tattered old rags.” ― Akshay Kumar

11. “Work is work, but family is for life. That’s what really matters to me.” ― Akshay Kumar

12. “Controversies are a package deal in this industry. You just have to understand that and accept it.” ― Akshay Kumar

Final Words: I hope you liked the above Akshay Kumar Quotes. Don’t forget to mention the best line that you liked most from the above lines in the comment box below.